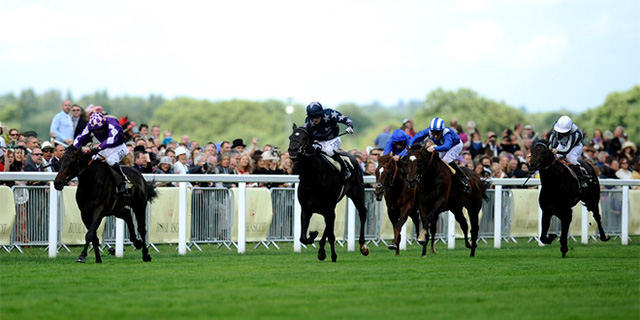 Horse Racing Preview today comes from Naas, with 5 races previewed, including the Gladness Stakes at 3.30pm.

Well another Aintree festival disappears, it was fabulous to see Lucinda Russell and Peter Scudamore have it right off with One For Arthur who eventually went on to win nicely in the end under Derek Fox. I cannot complain about Blaklion’s contribution, even though I was shouting at the screen when he hit the front cruising three out, but I asked myself was he really going as well as he looked, as Noel Fehily seemed to have nothing coming to the second last despite being bumped. His fourth place position at the end was creditable.

The blog managed to hit a +11.57 profit yesterday which to be fair was very welcoming, all of the selections ran well and it could have been more if Yanworth did not manage to out stay Supasundae from the last. Let’s hope the run of the green continues as our horse racing preview comes from the flat at Naas on Sunday afternoon. I am a sucker for juvenile maidens and my first selection comes in the 1.50.

Most of the top trainers have got their early juveniles in reasonable order and once more we see an Aidan O’Brien juvenile at the head of the market in Sioux Nation. The son of Scat Daddy will try to emulate his father’s ability of winning first time out. There are questions though as to if is this is just a starting point as his father was far superior over a mile. The Dam Dream the Blues had just the one career start for Kevin Ryan which was a winning success over the 6f on soft ground. Obviously he should come on very quickly from this experience, with Ryan Moore on board who is still looking for his first turf winner of the new campaign, I am willing to take him on at the odds over this sprint trip.

His son Joseph O’Brien has two adversaries in the race with Damselfly and Sebastiano Ricci with the latter the more interesting of the two. He is the son of Prix Jean-Luc Lagardere juvenile fourth place finisher Lope De Vega, who never competed over the sprint trips. He was more effective over a mile when landing the French 2000gns and went on to win the Prix Du Jockey Club over 10f. The dam Dear Dream raced only the three times when trained in France by John Hammond and was an average mare providing her highest rating of just 67. Sebastiano Ricci does have an entry later in the autumn for the Weatherby,s 2 year old stakes at Doncaster, but as for getting off the mark at the first attempt, he looks best watched when stepping up in trip.

One at a price could be Adrian Keatley’s Diamond Heartbeat, they were denied into a runner up spot last month here at Naas with juvenile Royal Diplomat. Their representative here is the son of Fast Company who won 2-3 starts as a juvenile for Brian Meehan. The dam was a standard low graded mare who was winless from her nine starts. Now it’s not encouraging with better pedigreed juveniles in the race, but he is well drawn in stall ten, Keatley won this race last year with a 16/1 shot when turning over an odds on shot of Mike Halfords. Shane Foley who gets the mount, won this race back in 2012 on Newsletter, it could be a lethal combination, price is each way value.

It’s the turn of the fillies and we’ll have to see who has come on this year from their juvenile status. At the top of the tree is Edward Lynam’s Daisy Domergue who is the daughter of Richmond Stakes juvenile & Prix Jean Prat three-year-old winning sire Dick Turpin. The sire was unbeaten over today’s trip as a juvenile and went on to compete at the top level over various trips from 7f all the way up to 10f later in his career. The dam Siena Gold was a very good juvenile winning three of her first four starts over 5f-5.5f, but never trained on as a three-year-old when stepped up to today’s trip. On her pedigree, this trip could be beyond her.

At the bottom of the card we probably have the live contenders, Aidan O’Brien’s Smoulder and Dermot Weld’s Sorelle Delle Rose. The latter has had the benefit of a run when finishing third on debut as a juvenile over course and distance when beaten by a quarter of a length. The daughter of useful juvenile sprinter Dark Angel who won the Mill Reef Stakes and The Middle Park Stakes in his career both came on fast ground, the dam Kelsey Rose best career run came off a mark of 97 when second in the 0-110 Listed Sandy Lane Stakes. The ground just might go against her this afternoon and with the yard’s horses seemingly to be struggling at present on the soft ground, she would not interest me until the ground firms up.

This brings me on to the Ballydoyle newcomer Smoulder, the daughter of Redoute’s Choice who was a multiple Group 1 winner back in the late nineties and a well established stallion was down to run at Tipperary on Monday, but has elected to run here on less heavy ground. He poses a threat to Dermot Welds charge here and is the selection.

The NAP goes here in Cenotaph from the O’Brien yard. The five-year-old ran a solid second over course and distance on his juvenile debut when behind Irish 1000gns runner up Endless Drama. He then went on to finish runner up to In My Pocket at Navan who went on to finish placed in the Group 3 Amethyst Stakes, two lengths behind now Group 3 Joel Stakes Winner Cougar Mountain. He has been very lightly raced and coached interestingly by Ballydoyle, with only three runs in 2015 which saw him finish third at The Curragh off a mark of 85.

He re-appeared after a fifteen month layoff when winning at Dundalk in comfortable fashion, again he has not been seen for seven months and makes his season debut. Goes well fresh and even though dropping back to 6f this afternoon, he sets the standard against some seriously exposed handicappers. Mizzah of Kevin Prendergast’s looks better than his eighth-place finish over course and distance last month when behind Bubbly Bellini and Athas An Bhean, at the weights he might find things tough again to reverse the form, but he is poised in the stalls next to Cenotaph and could make the selection work the most.

Alice Springs is going to be a warm order here representing a stable that has only one this race once when Excelebration took the race back in 2012. This looks a prep race for Alice Springs with much better races on the calendar throughout the season. Last year’s Falmouth Stakes & Matron Stakes winner would have probably preferred quicker surface this afternoon, regardless though she is the class act in the race, but not a sure thing and will be taking her on.

Blue De Vega does not have that many miles on the clock for a four-year-old and the Group 3 Killavullan Stakes winner will have to step up once more to win this prize. I am swung towards an outsider here in Tommy Stacks Diamond Fields who has the most experience and is the most exposed runner in the race this afternoon. What I like about her is the fact that she has had a spell in America and ran an excellent second in the Grade 2 Sands Point Stakes at Belmont Park on her last start last season. Now she does go very well off a break and at 7/1 she looks real value getting weight all round from her competitors.

Once more we see another O’Brien hotpot taking centre stage in Us Army Ranger, the son of Galileo was a very useful three-year-old when landing the Group 3 Chester Vase. He went on to finish second in the Epsom Derby behind Harzand who went on to win the Irish equivalent. He then seemed to lose his way and never looked comfortable when behind Success Days in the Group 3 Royal Whip Stakes, finishing four lengths behind when getting 5lb.

Again, he showed no turn of foot when beaten by Zhukova in the Group 3 Enterprise Stakes which saw Stellar Mass a long way back last. Totally outclassed in the Group 1 Champion Stakes at Ascot on his last run of last season and it reflects that he is far too short in the market, plus not reliable enough for me. Success Days beat US Army Ranger convincingly in the Whip Stakes last season when giving him 5lb, they meet off level weights this afternoon and it’s a tough ask for the O’Brien entry to reverse the form. What goes in Success Days favour here is if he gets a soft lead on this ground he could fend them off.

With not seeing a winning favourite in the last three renewals, you just get the feeling we can see a shock result in this race and Dermot Welds Sea Swift is not out of this by a long way. She has proven heavy ground form and won nicely here at Naas over a mile last June. She was given much praise that day by her jockey Pat Smullen and stated she would be open to much more improvement. It was not long before we saw that improvement when she showed up at Sligo when winning over 10.5f on heavy ground by eleven lengths. She was then pitched in to pattern company for the first time when competing in the Group 3 Lanwades Fillies Stakes finishing a non disgraced fifth over 9.2f and again she looked the unfinished article.

Once more we saw her return to Naas and finished a cracking third in a big field when behind Toe The Line in the Listed Bluebell Stakes over 12f. She looks versatile over 10f and if she can put her best foot forward she is definitely not a 16/1 shot in this, Jim Bolger has won this race twice in the past four renewals, so she has to be respected getting the sex allowance.