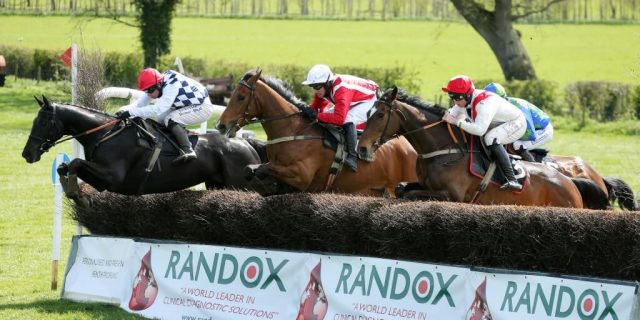 Our horse racing preview comes from the Aintree Festival on Grand National Day. It was pleasant to eventually get a nice winner with Fox Norton yesterday, its not been an easy past two weeks leading up to the festival with the winners being limited, but hopefully we get a bit better run of the green this afternoon on the selection front. The first race on the card would probably scare most punters, twenty two runner handicaps over three miles is not the best of races to fathom out.

We start off the day with exactly that, most of these had already competed at the Cheltenham festival and if we were to go on that form I would prefer to look around the mid race finishers. Paul Nicholl’s Zarkandar will have to give weight all round here, the last winner to do so was back in 2012 when Cape Tribulation carried the agonizing weight of 11st 12lb to victory. This has has only been done once since 2000, even though it is not an impossible task I just think he is a bit long in the tooth these days and better off around smaller fields.

Dan Skelton’s No Hassle Hoff is definitely a worthy favourite since The Worlds End went on to win the Sefton Novices Hurdle yesterday. He was seriously put in his place that day when nine lengths off the winner.T he third Ballyarthur has ran creditably again when finishing runner up at Haydock, the fourth Progress Drive has also franked the form when winning at Ayr last month.

The five year old son of Craigsteel should be spot on off the back of both his runs this year in graded company. The one solid negative is that there has only been two winning favourites over the past sixteen years and only one five year old has managed to succeed, even though its only a trend, trends are here to be broken but even though he gets plenty of weight I will over look him once more.

I thought No Comment ran well in the Martin Pipe when finishing seventh to Champagne Classic, even though he was beaten twelve lengths, it does not reflect that he had no passage through off of the turn. He has had the benefit of a run around Aintree when second in a maiden hurdle over 20f. Geraghty had to miss the Cheltenham festival and presently sits on the top jockey rostrum here at Aintree after two days. I would call it compensation time as he probably would have been lucky at Cheltenham and his ride here for Philip Hobbs looks the one to beat.

What a Season Fergal O’Brien is having and saddles here Barney Dwan who was just denied in the Pertemps when Presenting Percy came with a perfect timed challenge to land the race in good style. He will have to concede an extra 5lb to The Tourard Man this time around who stayed on to finish a good fourth, six and a half lengths off Barney Dwan, but even so I would be surprised to see that form get overturned this afternoon. I do have a concern though that this is not his trip and its probably on the threshold of his better index which I feel is around 19f, just a bit too far for me.

Desert Cry was seen here last Spring when beaten over course and distance by just over nine lengths, but since then he has racked up three wins which has seen him raised to a mark of 150, 25lb since just before Christmas. His win last time came in a 0-140 handicap at Ayr on heavy ground and with his 10lb penalty he could be very vulnerable on this quicker ground. For Good Measure was behind both The Tourard Man and Barney Dwan last month and realistically he looks up against it to reverse the form at the weights.

We move swiftly on to the 2.25 and an excellent Mersey’s Novice’s Hurdle renewal which has attracted a very strong field. I am not convinced that the ground will not be soft enough for Alan King’s Messire Des Obeaux this afternoon, with most of his hurdles form coming on softer ground, you cannot take away that he ran a blinder in the Neptune.  But the ground and trip saw him out on the day and once more he will be tackling quicker conditions which brings me to over look him. On the other hand Lough Derg Spirit who represents leading trainer Nicky Henderson who also has the interesting Cultivator in the race could go well.

The former won a shade easily at Musselburgh despite only two and a half lengths between them at the line. Pending how he runs here he will return to Scotland later in the month to compete in the Scottish Champion Hurdle where he could be a warm order. One I am interested in here is Henderson”s second string which see’s Barry Geraghty get back on him for the first time since his bumper win two seasons ago. He gained his first success at Ascot when winning a Novices hurdle over 19.8f when beating Paul Nicholl’s Bagad Bihoue who was coming off  the back of a good win at Wincanton. He went on to run well in the Grade 2 NIM Winter Hurdle at Sandown park when he finished just under three lengths behind Messire Des Obeaux.

He was beaten once again by Messire Des Obeaux when they met in the Challows Novices Hurdle at Newbury on New Years Eve going behind by a bigger margin of twenty four lengths. He was not convincing next time out at Kempton Park last month when just holding off Just Before Dawn. I would like to think he could improve more than he has shown, with Geraghty booked to ride you could probably not write him off that easily. But realistically he would have to seriously step up to overturn some good novices in this race.

Two more that come into the equation is Ben Pauling’s Le Breuil and man of the moment ColIn Tizzard’s Finian’s Oscar. The former represents a yard I have enjoyed following over the past two seasons, watching Barters Hill coming through the ranks and the likes of Willoughby Court landing the Neptune when beating the hugely fancied Neon Wolf, which we saw Messire Des Obeaux back in a good third. Le Breuil is coming off the back of comfortable wins at Sedgefield and Newbury when beating Benatar of Gary Moore’s by nine lengths. They meet again and I would like to think that the form could be reversed. He is a talented gelding, but its the ground concerns I have with him this afternoon.

Finally, we come to the selection in Colin Tizzard’s Finian’s Oscar. I actually tipped him up when he was supposed to run at last month’s festival, but Tizzard has held on to him and bypassed to bring him here on a flatter and quicker course. The unbeaten son of Oscar won the Grade 2 Tolworth Novices Hurdle on his second start when winning by five lengths. It was not the strongest of races that has already been documented, but I actually thought his win at Exeter in a Listed event was spot on. He was entitled to win at with a solid round of jumping, smooth as you like and now turns up here to attempt to keep his 100% record intact and I think he can.

The next race I want to move on to is the 4.20 The Grade 1 Liverpool Hurdle. Now Despite Colin Tizzard having a cracking second day, I am going to stick to his stable jockey here when Robbie Power gets up on Jessica Harrington’s Supasundae. A horse i have followed ever since he won a Listed bumper at Ascot three seasons ago. I really fancied him to win the Champion Bumper that year, but he probably bumped into one of the strongest fields that year with the likes of Yanworth, Moon Racer, Modus and Bellshill in the race, horses that went on to make it over hurdles. The following year I had already backed him to land the Supreme and he did himself justice in again, one of the strongest supreme’s for a while, which saw the winner Altior, Buveur D’Air, Tombstone, Min, North Hill Harvey and Petit Mouchoir in the race.

After his run at the Punchestown festival when again he disappointed, he made his re-appearance when failing to show any old sparkle trailing in a disappointing eighth in handicap company. He stayed around handicap company and got an average win at Punchestown on new years eve and followed that up when runner up to Sutton Place in the Grade 3 Limestone Lad Hurdle. Beaten again by Sutton Place a month later at Naas, and I was starting to give up on this talented seven year old.

Then it all paid off, the patience all the training came into one when he went away under Robbie Power to land the Coral Cup, had they found a key to him now he had been stepped up in trip. He will tackle three miles for the first time, I think he will see out the trip, has a good turn of foot and the step up in the Coral Cup worked. He’s a hold up performer and the race with a little pace would set him up nicely coming home in front hopefully.

The thing is they all have to beat Yanworth, Alan King’s talented seven year old should relish this stronger, flatter course. He never looked right from a long way out in the Champion Hurdle, in fact it was a route I would never have gone, but I am not the owner or trainer. This is the first time he has been out this late of the season, he usually finishes up at last month’s festival and a long summer break is on the card, but they must fancy their chances bringing him here, and why not, you have to be in it to win it. I would not be at all surprised to see a big run form Ptit Zig in this.

Paul Nicholl’s has won this race four times, but nothing over the past four renewals which has seen Nicky Henderson land the race twice in the past three years. This is a big chance for Nicholl’s to cut into that deficit for the trainers’ title and one that can get him close here is Ptit Zig. Every time he has competed in the Cleeve Hurdle he has come out and produced a season’s best. He has something to find with Cole Harden from their Cleeve Hurdle encounter, but this year he has not been given a hard time of it, they bypassed France and Cheltenham last month, this just might be a chuck in effect or a very shrewd piece of training.