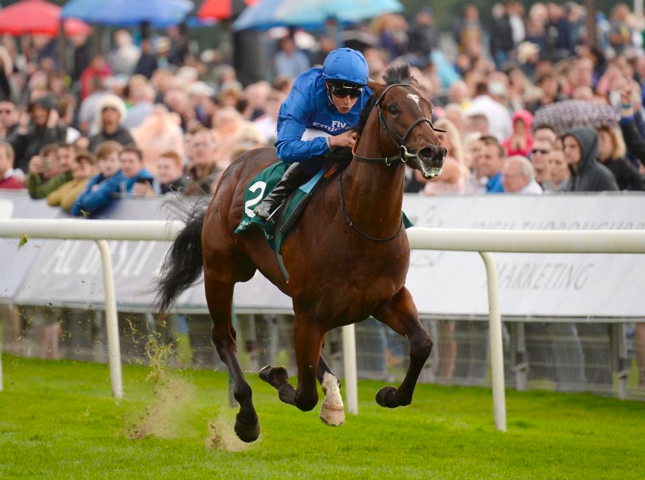 Today’s horse racing preview comes from Ascot, with 2 selections from the meeting. How many more times will the crossbar come into play as it did yesterday with two selections beaten by small margins in to seconds, at least Taurean Star came through to win at 4/1.

This is a good opportunity for Godolphins Blue Point to land this starter point as his transition first run. The son of Shamardal should come on this season after a successful juvenile career notching up three wins which included the Group 2 Gimcrack Stakes, was just denied in the Middle Park Stakes and his last run when third in the Dewhurst when behind Guineas favourite Churchill.

On his juvenile form he should show his class in this on his way to possibly a crack at Royal Ascot with an entry in the Coronation Cup. As for any dangers in the race Clive Cox’s Harry Angel ran a good second on debut here when splitting Visionary and Reach High, the third has franked the form this year, but was turned at Lingfield recently.

Best of the rest, Mokarris finished runner up to Blue Point in the Gimcrack by three lengths, but at 14/1 he could be the likely outsider to run a big race.

These are the typical races that the on course touts claw some of their money back, Willie Haggas’s four year old Selection heads the market. With only four career runs which had mainly come on the all weather where he recorded his first win at Kempton in a 0-70 handicap.

His turf form came at Pontefract when running third, the runner up First Voyage went on to win next time out. This is a big step up in class and I’m not convinced the yard is firing on all cylinders.

Brian Ellison’s Gerry The Glover had significant support in the market on his first seasonal run at Pontefract when backed from large odds into 16/1 and was just denied a place return. The seventh place finisher Alejandro franked the form on bank holiday Monday at Beverley.

His last run was probably his best out if his past eleven runs since winning at Gosforth Park two seasons ago. The horse though whom I have gone for is Roger Charltons Cat Silver. Despite still a maiden there are not many miles on the clock for this four year old son of Dansili

Two good runs over a mile as a juvenile, went on to three making no impact, but his final run last season was not that bad despite finishing seventh in a 0-80 handicap over 10.2f. Drops back to 8f this afternoon, a good racing weight and new yard since leaving Sir Michael Stoutes yard over the winter.