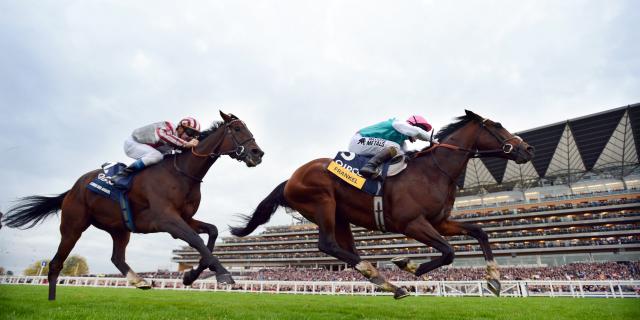 Our horse racing preview comes from Bath today with 3 selections across the card. Well its Easter bank holiday and a feast of racing taking place over the next few days, but first things first we have a poor level of racing this afternoon with two all-weather meetings taking place, at least we back on the turf with a meeting at Bath.

Do not get discouraged with all these maiden’s taking place which is part and parcel of everyday racing. My first selection comes from a trainer that won the 2014 renewal of this race with Ashkari and is represented here with Glacier Point who had three efforts as a juvenile with her best run coming against her own sex when finishing third at Haydock park.

The runner up form that race went on to win the Listed Doncaster Stakes when beating Tomily who has won a Conditions Stakes this year along with a good third in a hot Conditions last month. Her fourth on her return to Haydock Park saw her finish behind the likes of Classical Times who went on to finish fifth in the Listed Bosra Sham Stakes.

The main threat looks to come from Owen Burrows unexposed gelding Kowaiyess who ran a good second on his re-appearance when two lengths behind Midnightly with Three C’s back in fourth well beaten, the latter mentioned runs earlier on the card. He has the benefit of running here at Bath last season and Jockey booking Fran Berry is eye catching. He was seen finishing a short head to Willie Haggas’s Tschierschen who did not really explode on to the scene thereafter only putting up a rating of 74. The third and fourth have both won this year, so really sets the standard on paper

A very good class 2 handicap to get involved in, we start from top to bottom and do a full preview of all the runners to hand. Mark Johnston is treble handed here with Permian, Sofia’s Rock and Mister Manduro. The former will have to give a stone plus away to all competitors, the son of Teofilo won three of his six runs as a juvenile, but on paper his Windsor win did not mount up to much, beating low graded individuals and then contended a three runner event at Ripon when just holding on as an odds on shot.

His last run came in the Listed Zetland Stakes where he finished a close third behind Cunco who went on to finish seventh in the Group 1 Saint-Cloud, the winner that day Coronet is likely to be worth following this year and gets entries in the Group 1 Epsom Oaks and Irish equivalent.

Johnston has 2 other runners in Sofia’s Rock & Mister Manduro. The latter got off the mark at the third attempt on the all-weather at Chelmsford when beating an average bunch. His only turf run came at Sandown on debut when finishing third to The Grape Escape who went on to finish mid field in the Group 3 Horris Hill Stakes. Sofia’s Rock looks the yards first string on jockey bookings this afternoon. He got off the mark at the fourth attempt when stepping up to 9f at Redcar, the form is starting to unfold with the only runner from that race coming out on the all-weather to win eight days ago. Sofia’a Rock steps up in trip once more, being by Rock of Gibraltar out of Princess Sofia through Pennekamp, this would probably stretch his stamina to the maximum this afternoon.

Richard Hannon has an art of bringing horses on after a long layoff and saddles Hushood who came on from his Newbury debut to win over 8f at Chepstow, the runner up went on to win two races, one here at Bath over 8f and one on the all-weather.

His final run as a juvenile saw him finish fourth at Ayr in a Novice Stakes, it was not the hottest of races to really write home about, but respect must be given to the stable alone. Tony Carroll has the outsider of the field here In Poetic Force, being the most experienced in the field his career stands at 5-12 with all those wins coming on the all-weather.

His best turf run came at Ascot last July when finishing sixth, the runner up Good Omen was beaten by Hushood last year. 3/4 on the all-weather in 2017, that came to a sudden halt when beaten into third at Chelmsford in a 0-95 handicap, beaten under three lengths and coming into this off the same mark of 84, realistically he would have to step up again, but his close run last time when behind horses that were rated 10lb his superior, you would of thought he will be in there pitching this afternoon.

Andrew Balding’s Atkinson’s Grimshaw finished third over 10.2f around here as a juvenile, but that was his last run of the 2016 campaign. He got his transition off to a flyer when winning on season’s debut on the all-weather when winning over 9.5f when beating Blushing Red who franked that form at Newcastle last month. As for being the winner of this race he would have to step up in the region of 14lb.

Emenem is another that has had good success on the all-weather notching up 3-5 which included a win back in January when fending off 75&78 rated horses. Commanding a mark of 74 he is another that would have to step up in the region of around 9lb to really figure this afternoon. Charles Hills is having more success on the all-weather from his past twenty runners, with one turf winner the yard still look behind with their transition horses. He still is though well represented here with Doctor Bartolo who got off the mark at Newcastle on the all-weather at the fourth attempt.

The fourth Vantage Point franked the form last month and the top three from the race have run well again. Doctor Bartolo makes his handicap debut this afternoon off 81, which could be a bit harsh, but never less he is an interesting contender in this and I would like to think on paper he is the one to beat under Kieran O’Neill who surprisingly enough does not ride out here for Hannon which could be a tip in its self.

We do not get the chance to see Royston Ffrench in the saddle on European soil too often, who rides out on Mister Manduro, it is interesting to see who is on the ballet front runner in this for the Johnston team, looking at the odds and on board pilots, Sofia’s Rock would be the obvious choice but I am willing to stick with his stable-mate Mister Manduro, this trip looks right up his street, the sire was very versatile on good/good to firm ground and looks a back-able price around 5/1, even each way is a free bet.

Another good looking contest which should see William Muir’s Willytheconqueror go very close off his current mark of around 106. It’s been a long time since visiting Bath, in fact all the way back in 2015 when winning over course and distance around the Novice ranks. His last win though came around this time last year when winning off a mark of 90 in a 0-100 handicap, since that day he has found things a little tough when competing around pattern and Listed company and was only just denied at Beverley in the Listed Bullet Sprint Stakes, back in third that day to a nose was Muthmir who was giving two pound to him at the weights.

His run in the Listed Rous Stakes when finishing fourth at Ascot saw him in front of the likes of Cathedral City Handicap winner Kimberella, who has gone on to fulfil his promise when winning at Lingfield last month. At the weights Muthmir has a strong advantage of reversing the selections form. Last win came at Goodwood of 2015 when landing the Group 3 King George Stakes in a blanket finish which saw the top five showing plenty of speed.