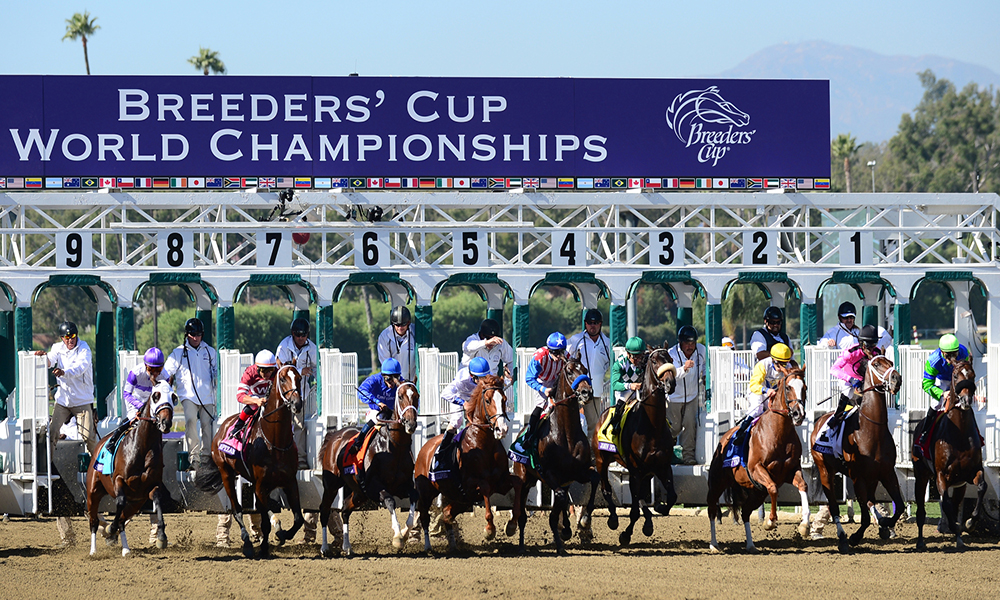 Today’s horse racing preview comes from Del Mar in California with the Breeders Cup. The big day has arrived! I will not be covering them all, so here are my top two races on the card

Mark Casse’s Heavenly Love was last seen twenty eight days ago when landing the Darley Alcibiades Stakes at Keenland, she overturned the 2/1 favourite that day in Princess Warrior by five and a half lengths off level weights. They have both managed to bag  good draws for this and it be a tough call if Heavenly Love maintains that level of form.

Bob Baffert’s Stainless was last seen running three and three quarter lengths behind Rushing Fall who was seen landing the Juveniles Fillies Turf last night in good fashion. You don’t see that many 33/1 shots representing the legend Todd Pletcher and Johnny V riding her. However i have elected to go for the second rated here in Moonshine Memories.

The unbeaten daughter of Malibu Moon was last seen when beating Bob Baffert’s Alluring Star by two and three quarter lengths in the Grade 1 Chandelier Stakes at Santa Anita, It was probably the biggest career win of trainer Simon Callaghan who has been out of the game for the past few years, however she looks very smart and even though unbeaten runs have been broken here in the past she just might have to much in the locker for these.

Lady Aurelia will be looking for some compensation here after beaten by Marsha in the closest of finishes in the Nunthorpe. She meets Marsh off the same weights, but this time around she has home soil advantage and the faster ground, at evens though she would not interest me. Sir Mark Prescott’s Marsha was overturned in this years L’Abbaye to Battaash who has skipped this event, she will have to overcome Lady Aurelia on her own stopping ground and quick ground.

One I do like here is Michael Maker’s Hogy, the Kentucky Turf Sprint winner beat the likes of Wesley Wards Undrafted, however he has been beaten this year by both Holding Gold and Disco Partner significantly, but at 16/1 he deserves to be on the premises. Pure Sensation is another that has a cracking chance of hitting the frame, he is another that has been beaten by Holding old and Disco Partner this year, best runs have come at the optimum trip.