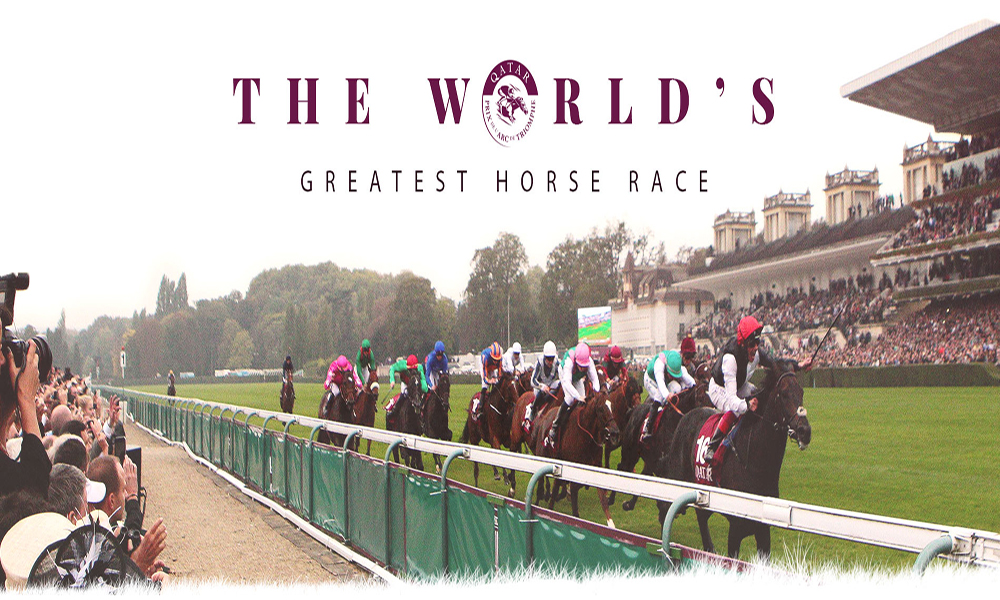 Today’s horse racing preview selections all come from Chantilly, with top action in France with six Group 1’s which includes the feature, the Arc de Triomphe.

Favourite backers can get off to a good start here with Freddie Head’s Polydream, The unbeaten daughter of Oasis Dream has been impressive on both of her starts with her most recent run in the Prix Calvados when beating Laurens by one and three quarter lengths, that form took a positive boost when Laurens landed the May Hill Stakes at Doncaster last week.

The fourth place Capomento is one of my selections on Friday and runs in the Rockfel Stakes, main dangers look to come in the way of Soustraction who got off the mark at the second attempt when landing the Group 3 Prix d’Aumale over course and distance three weeks ago, but as the winner this should be going to Polydream to extend her unbeaten record.

Masar beat a good field in this years Group 3 Solario Stakes at Sandown almost four weeks ago. The Godolphin owned juvenile has some big entries coming up this year and for next with being aimed at the Racing Post Trophy next month. Ballydoyles Happily was the outsider of three when landing the Moyglare Stud Stakes at the Curragh earlier this month. She probably surprised a few when overturning stablemates Magical and September, the latter will compete in the first race on the card the Marcel-Boussac.

The one of more interest in this is Charlie Appleby’s Mythical Magic who finished third in the Group 2 Champagne Stakes at Doncaster two weeks ago. Beaten favourite she can be taken very seriously considering she was taken wide and infringed and would have been a lot closer.

Enable is going to be a tall order and her odds reflect how the world see her winning the race. She has bagged a fantastic draw in stall 2 and should take full advantage of landing this race for John Gosden. She comes into this with only the one defeat which came at the hands of Shutter Speed in a conditions race at Newbury.

Since then she has been the filly of the year, winning five on the bounce which have included the Epsom Oaks, Irish equivalent, King George VI & Queen Elizabeth Stakes and last months Yorkshire Oaks, she is a force here. The other filly is Winter who has also had a cracking season landing the 1000gns, Irish equivalent, Coronation Stakes and Nassau Stakes, her run came to an abrupt end when she was surprisingly beaten by stablemate Hydrangea, she tackled the 12f for the first time and will have to come from barrier 8 which wont be that easy, it has been done in the past, but she is unknown over the trip which is a concern.

The plum draw has gone to Ulysses, the Coral Eclipse & International Stakes winner has had four attempts at 12f already in his career and has been successful on one occasion when landing the Group 3 Gordon Stakes back in July. It was not the strongest of contests to be fair, his attempt at this higher level saw him four and a half lengths behind Enable in the KG & QE Stakes when giving a stone at the weights, very hard to see that form reversed, but from a good draw he could definitely get into the money.

Over priced here is definitely Andre Fabre’s Cloth of Stars, he was beaten last month by Dschingis Secret in the Prix Foy to one and a quarter lengths. That came on soft ground, it was only his third run at the index, but acted well on the ground so can run well, the other is obviously his successor Dschingis Secret. His Prix Foy win followed up two wins in Germany which included the Group 1 Preis Von Berlin, we know he stays and the ground the softer the better, has to over come a wide draw which is a strong negative.

So on to my selection here, I will play each way and without the favourite, Jean Rouget’s Brametot was last seen finishing fifth to Eminent in the Group 2 Prix Guillaume going behind by three lengths at the wire. On pedigree being by Rajsaman, you would have thought he could not get this index with the sire better known as a 8-9f competitor. There is stamina on the dams side, With a good draw in stall 4 and the fact he processes a good turn of foot, this new trip could be the key to success but as a wager, the W/O fav looks a good way to go with an each way single.

Pascal Bary’s Senga has to bounce back from her defeat in the Group 2 Prix de la Nonette where she finished third, but even though the trainer is in fine form, his representative here has struggled in the past on ground that has come up softer than good, but she does get the services of a legend around here in Stephane Pasquier who rides Chantilly well.

British trainers have taken this race for the past two years and would like to think Sir Michael Stoute’s filly here Queen’s Trust can go close for the second time for the trainer. Winning this race back in 2003 with Zee Zee Top he has a live outside chance of landing the spoils here. The only worry is the ground, she has the ability for sure and it would be good to see if Jim Crowley gets the booking here.

A horse that has disappointed me slightly this year is Charlie Appleby’s Wuheida, she looked to have a lot of potential as a juvenile when landing the Marcel Boussac at this meeting last year, she was not seen again until July this year when finishing runner up to Roly Poly in the Group 1 Falmouth Stakes at Newmarket, which to be fair was a respectable run considering coming off a nine month layoff. She was pulled from the Nassua Stakes and has been beaten by Lacazar this year in the Group 1 Preis Der Diana – German Oaks, she finished behind the likes of Winter in the Group 1 Matron Stakes, and if putting her best foot forward and with the trainer in good form she deserves to be recognised in this open race.

Blink and you will miss it, the ground dependable Marsha takes her chance here after beating Lady Aurelia in a on the bob finish in this years Group 1 Nunthorpe Stakes at York, a race that had embarrassments for Frankie Dettori and jubilation’s for trainer Sir Mark Prescott, but can she repeat the same feat, the draw will have to be favourable for her to do so, but I am against her despite coming here as reigning champion.

Fashion Queen will relish the ground and if getting some luck in the draw and a good run through she has a massive chance, her recent third here when running three parts of a length behind Lady Macapa was a good preparation for this, she has come out of the race well and a big run is expected again.