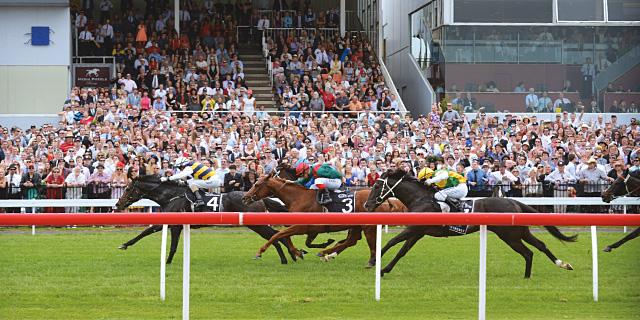 Our horse racing preview today comes from Chepstow, Fakenham, Huntingdon and Market Rasen. Well yesterday’s selections from the horse racing preview went like a dream, Crucial Moment won nicely for Bill Turner, was surprised to see the horse open as big as 33/1 to land the race at 20/1 and the BOG came into play nicely, Indian Tinker ran a stormer and is still unexposed on the all-weather when runner up at 12/1 to the smart Zylan who seems to be getting the hang of things.

So, with a 24/1 place double to build on we move on to a full days racing with many cards to get stuck into which includes the Irish Grand National over at Firehouse this afternoon.

My first two selections come from Chepstow in today’s horse racing preview. The Welsh track has been kind to me over the past few years and hoping it continues

Ian Williams Rocknrollrambo has been in good form notching up a brace of wins at Huntingdon and Ffos Las over this kind of index. His defeat of Benny’s Girl at Ffos Las last week has seen the form given a slight concern after the runner up was beaten convincingly this weekend.

He has competed twice around Chepstow when competing over hurdles in 0-115 and 0-120 contests, this looks possible that he can win again in this 0-105 contest and is way ahead of his current mark from his hurdles mark. One at a price and a horse who has run well around here is Matt Sheppard’s Phangio.

He was one my first horses I put up when I was writing my personal blog and really disappointed me when not able to handle the drop back to two and a half miles. They step him back up to the 23.6f where he has shown the capability of landing a 0-115 chase and was third in a 0-120.

His last run can be discounted due to the trip that day. Stepping back up in trip and what a very eye catching jockey booking of James Bargarry takes the mount.

A very competitive handicap hurdle here, Richard Phillips Celestial Magic comes here in a rich vein of form which has seen him notch up wins this year at Warwick and Towcester.

He finished third over 16.5f around here last April in a (0-120) hurdle contest and tends to thrive this time of year and on paper looks the one to beat if handling the drying conditions. Charlie Longsdon’s Magic Dancer has been frustrating, though 0-6 in this sphere he has been rising up the handicap after some good consistent runs.

His last run came in a 0-115 at Wetherby when runner up on good to soft ground. Attempting a new trip this afternoon he is another that could run well, but does looked exposed. Diamond Fort will represent a yard that I have followed over the past two seasons and a yard that have been thriving this season with Fergal O’Brien.

Their entry here has been knocking on the door this year and looks on a very hard mark to exploit, the lightly raced gelding should be more effective if the ground holds good, as he has been getting beaten on soft to heavy conditions, but running creditable.

On paper Ballyrock and Gambol should be far superior to their opposition especially the former who was pulled from a race I tipped him up in at the weekend.

Ballyrock won a 0-120 chase last season, but has some what disappointed on his three past chase runs. They diverted him back to hurdles when finishing fourth in a 0-120 handicap. He drops down to a realistic trip this afternoon and class and should be hard to beat under Alan Johns.

Gambol has hit a brace of wins for trainer Ian Williams at Stratford and Exeter this year and will step into unknown territory over today’s trip and is very interesting that Sam Sheppard is here to ride.

I am willing though to give the benefit of doubt to an interesting entry here from the Nigel Hawke yard with Berry De Carjac who was a beaten favourite at Taunton last time out.

He was fancied to run well here at the course last May when failing to show anything to suggest a win was imminent. They place him in a seller once more and the services of Aidan Coleman in the saddle could be interesting, around 5/1, he could be an each way bet if he is in a going day.

Gary Moore has to be feared at this course, Knocknanuss comes from winning around the p2p circuit and won a bumper at Killarney when partnered by Nina Carberry. He must be feared the most I think with his 10lb claimer William Clarke in the plate.

Jennie Candish’s D’Nailor looks to have much more to offer in this company. Last month’s 0-100 chase winner at Fakenham could have too much ability to peg back in this. Since making the move from over the Irish Sea the seven year old has had excuses when running on ground that was far too tacky.

He showed a different attitude when winning by twelve lengths last time on quick ground and in this grade, one to beat for me. Dangers should come from Paul Webber’s Copperfacejack who seems to find one too good which has seen his string of seconds run into five attempts now.

With two second places here at Huntingdon this year, he just doesn’t seem that straight forward and will be helped with the Cheekpieces once more. He holds both The Jugopolist and Larteta on his last run.

Even though Nicky Henderson looks to be on the threshold of landing this year’s trainers Championship title I am not a fan of backing his horses after the two main festivals.

He is represented here with Baratineur who’s last win came in maiden company at Plumpton and has not really built on that. They step him up in trip this afternoon and with a reasonable run at Taunton this year I am not convinced he can win this

I thought Atomix was going to turn into a smart horse for Peter Niven when winning a bumper at Musselburgh. He is 0-7 around this sphere, but showed some kind of form when finishing runner up over course and distance on his last run. The front two were well clear, this is a strong hike up in class this afternoon. but does hold some respect now on this quicker ground.

Brian Ellison has picked up a nice-looking recruit in Barry’s Jack who won an average hurdle in Ireland for Pat Coffey. Since joining the yard he looked to show some promise when runner up at Hexham in a 0-120 contest.

With a pedigree bloodline through Kings Theatre you would like to think he can progress as time goes on and there is no reason why he cannot stamp his authority on this race.