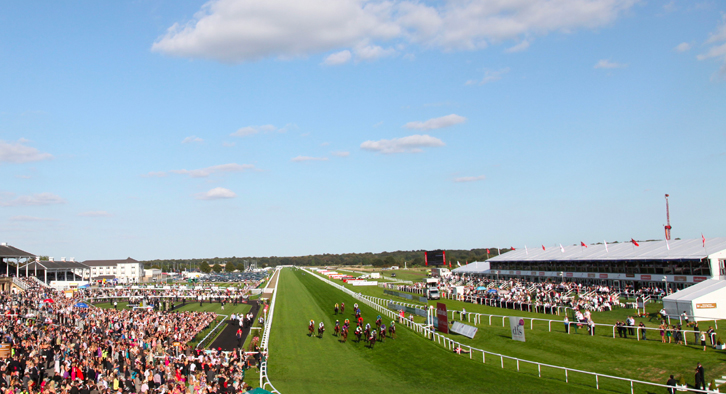 Today’s horse racing preview comes from the St Leger meeting at Doncaster with the Listed Scarborough Stakes the main feature on day one.

Tom Dascombe won this back in 2014 with Angelic Lord, and once more he has a lively contender to win this race again with Demons Rock. The smart juvenile is the son of Requinto who has really shone for the Famous Five Partnership since landing his first win at Chepstow back in July. His liking for soft ground has shown his best form, with a defeat given to John Kirkup already this season to the distance of five lengths it is hard to see him being overturned this afternoon.

Owen Burrows Shabaaby got off the mark at the second attempt when winning a Novices Stakes at Newmarket in mid August, however if we were going to go on his best run that came on debut when behind the likes of Princess Margaret Stakes winner Nyaleti and Prestige Stakes winner Billsdon Brook, Jim Crowley re-takes the ride this afternoon, but will have to be on song to be the inform selection here, best of the rest would have to be Karl Burke’s Beatbox Rhythm who finished a recent seventh in the Acomb Stakes at York.

Has won on soft ground this year at Pontefract when odds on to do so and won well by four lengths, this is a close contest despite only four entries, they are all here on merit, however the nod goes to Demons Rock narrowly over Beatbox Rhythm who could chase him home.

Clive Cox won this last year with Priceless and is represented this year with Go On Go On Go On who has failed miserably this year after two poor runs in Listed company at Haydock and Beverley and looks worth taking on, one of interest is Robert Cowell’s charge, Encore D’Or, who’s both wins have come on the all weather this year, but does get the services of Ryan Moore.

It’s his Chelmsford win that I feel will be relevant here to him running well this afternoon, the ground was riding terribly slow that day when beating Royal Birth by a head, but the form is growing concern at present, This race has been won by some superior sprinters of their time, Sole Power, Cotai Glory, Priceless, Mecca’a Angel,pattern winners and it will be interesting to see who can make here and go on to bigger and better things.

Razzmatazz won a few days ago at Kempton at 50/1, how quick has this race come around, they must be confident that he has come out of that race well, hence the big step up quickly. It is very interesting also they are stepping him back to the optimum trip, his recent recorded time was not that far off the likes of both Desert Law and Encore D’Or on the splits, if he has not taken too much out of himself he could have stepped up in to this class and runs above expectations.

I do have a personal interest in Diamond Runner, I am probably hoping he runs a good race this afternoon, I cannot see him winning stepping back to a mile despite his record over the distance reads (1-2) the positive side of things is he will relish the soft conditions. The ground last time was a tad too lively for him over course and distance in a 0-75 contest, this is a drop in class and if he is there at the furlong pole on the bridle as he tends to be then anything can happen.

However, the most interesting one in the race is ridden by probably one of the most prolific jockey’s in the race, George Duffield. Being brought up around racing in the times of Pat Eddery, Walter Swinburn and of course George who is now 71, which is impressive to be competing in this years renewal once more. There is not a more competitive jockey and he rides the Brian Ellison trained Soldier Blue.

Even though both trainer and jockey are looking for their first success in the race, Soldier Blue comes here very lightly raced. With only three career runs he does lack the experience of many here, however he has progressed from his first run to his third when last seen finishing third at Pontefract back in July when just four lengths off the eventual winner Kings Will Dream, the runner up that day was the 2/7f Sharja Bridge who went on to win next time at Nottingham.

If Tim Easterby’s Off Art was on a going day he would probably be a 2/1f for this, you have to go back to July of 2013 when he recorded his last win when he was rated in the high eighties. His recent third at Redcar when running behind mid eighty contenders was going back in the right direction, he was only defeated a length so on that merit he has to be respected, a good booking of jump jockey Brian Harding who is extremely strong in the saddle.

I do not normally dutch in these kind of races, and it is hard to separate Off Art and Soldier Blue here, if i had to give any advice I would have a bet each way on both, but to pinpoint a selection I will just give the nod to Off Art purely on experience over Soldier Blue’s learning curve.

Even though Mount Logan is returning as the previous winner, for me he has become the most exposed in the race, with the ground coming up soft and more rain forecast, I am willing to give the opportunity to David Simcock’s Sumbal.

He looked a useful type as a three year old when winning three of his four runs which included a Group 2. He never trained on and has had a couple of near misses on soft ground over further than this, and I would give him a cracking chance of recording his first win since 2015 in a open race. Best of the rest, well Mount Logan will obviously run his race once more, as will Best of Days who has not really shown improvement even on this surface, so it could be left down to Mirage Dancer of Stoute’s that will make the final challenge under Ryan Moore.

The son of the mighty Frankel has not seen Doncaster since he won his maiden here as a juvenile, his best career run came in the Hampton Court Stakes when finishing third behind Benbatl, but once again the firm is suspect, so I am willing to give Sumal a cracking chance here under Oisin Murphy.