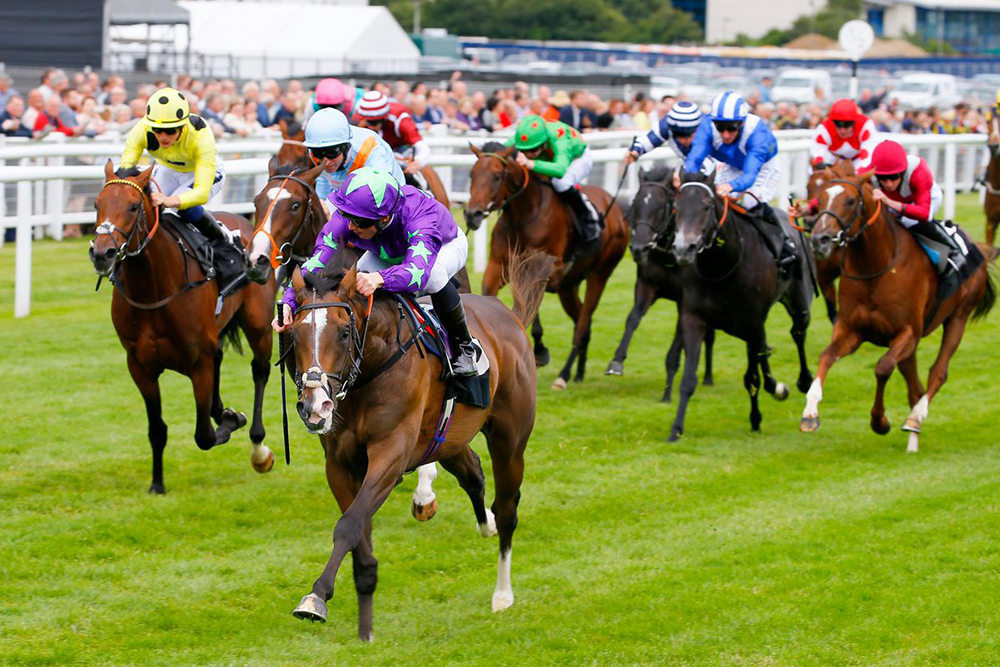 Today’s horse racing preview selections come from Doncaster, with the St Leger the main feature on the card. Its been a hard week to be fair, with below par runs from many that you would have thought had the success in them, I am sure they will bounce back.

A cavalry charge to start the day off, with 5 places paid by most bookmakers there is value to be had, but I have just picked out the one here that I have followed all season religiously in Roger Varian’s Compas Scoobie. I just feel the questionable run last time at Epsom was the ground and the fact they ran him far too quickly after his win at Bath.

He has had three weeks this time around to re-cooperate and with the conditions in his favour I am expecting a big run, especially now Andrea is back on board, his form on ground coming up soft is 112 which is even more encouraging. As we do have another twenty one runners in the field I am not taken with that many, Henry Candy’s Vibrant Chords and Charles Hills A Momentofmadness make most appeal of the rest. The former won at Goodwood back in May when beating Charles Hills A Momentofmadness by three parts of a length.

Vibrant Chord will have to concede just the 2lb this time around ,1lb better off than last time they met at Goodwood. They have been both consistent this year, Candy’s charge was probably very unlucky not to win here last time out when run out of it by Desert Law who was beaten out of sight on the first day of this meeting. However, the form-line through Desert Law favours Vibrant Chord as a Momentofmadness was given a heavier defeat by Desert Law.

Two horses have gone back to back since 2003, Iffraajj who won it back to back for two different trainers, and Arabian Gleam for Jeremy Noseda, I feel this could be the third. Breton Rock’s Lennox Stakes win puts him right there with a shot, with Home of the Brave and Acclaim both beaten on that occasion. The Hungerford Stakes was probably a tough race for him, being up against the likes of Massatt and Librisa Breeze was no mean feat.

Interesting though Oisin Murphy has elected to ride Acclaim and Atzeni stays loyal to Breton Rock, who has got it right. Acclaim has been put in as the favourite to land this race for Martyn Meade who saw Chilean recently land the Ascendant Stakes at Haydock. The concern is that the trainer is 1-23 with his older horses since last August, and had to deal with hitting the bar once more with Acclaim who was out gunned in the Maurice De Gheest by Brando last month.

Acclaim never came here last year and diverted to Newbury where he landed the Listed Dubai Duty Free Cup Stakes on soft ground, so maybe the price of 11/4 is purely reflecting a big run is expected on this ground.

Charlie Appleby won this back in 2015 with the smart Emotionless and once more he looks to have a decent colt on his hands with Mythical Magic. 2-2 now in his career and the fact he has improved from his first to second run which we saw when he landed the Listed Prix Francois Boutin at Deauville. The interesting thing is he is getting quicker with every run, he shaded three seconds off his Ascot debut when winning in France in just fifteen days.

Mark Johnston’s Dream Today was impressive when bolting up at 14/1 at York, the third Laugh A Minute won the £300,000 Yearlings race on Thursday. He is an unknown quality in the race, as most of Johnston’s horses usually come on for a run, but Dream Today looks very forward and I would not be surprised if he gives the selection the most to do.

I have not had the privilege of witnessing many good distance horses on the flat, obvious two being Yeats and Double Trigger, even Kingston Hill creeps into the category, so when I once more get the chance to see a decent stayer its always good to jump on the wagon. Varian and Atzeni won this three years ago with Kingston Hill who stepped up to this trip the one time and brought success, this year their representative is the vast improving Defoe.

His transition has been sublime to watch this year notching up 4-4 for the season, he has improved every time Roger Varian has stepped him up in trip, and even a quote this week form jockey Andrea Atzeni who keeps the ride ahead of Harry Bentley that he has been showing signs of further improvement at home. If this is the case then he looks a solid bet at around 9/2.

I would expect him to go off favourite near post time, but at present at the head of the market is Ballydoyles Capri. He looked a useful juvenile last year when winning the Canford Cliff and Beresford Stakes, going on to finish third in the juvenile Group 1 Criterium in France. He has taken a while to get going this year, finishing sixth in the Derby and then franked the form when going back on home soil to land the Irish equivalent.

This race must have been on the agenda for some time, as we have not seen him since winning the Irish Derby, Favourites have won two of the past four renewals, but on a wider scale they have a poor level of return. Capri will have to be taken seriously from a trainer that has won this race on four occasions. However, I do feel there is value in this race with Andrew Balding’s Count Octave.

The son of the mighty Frankel and related to Treasure Beach is very closely matched with another that is fancied in Stradivarius. Since winning his maiden at Wolverhampton, he was quickly put into the limelight getting a chance early to run in pattern company, he ran well enough when finishing fifth to Venice Beach who finished six lengths behind Cracksman in the Great Voltigeur Stakes at York. The runner up Wings of Eagles went on to win the Epsom Derby.

He was suddenly stepped up in trip to 13.5f a trip that no Frankel progeny was expecting to face, but he ran a blinder finishing a neck behind Stradivarius, Secret Advisor was back in third that day and has recently franked the form when winning the Melrose Stakes, the fourth Belgravia has also given the form a boost when winning a 21k race at Leopardstown back in July.

Count Octave has progressed under the radar, his recent run behind Call To Mind in the March Stakes shows he is one that has been over looked. I have to be realistic that this is a big step up in trip and class, but he has a similar profile I think to Defoe and is five times the price, so purely this is why i think his an interesting runner in the race and I am willing to give him an each way shout.