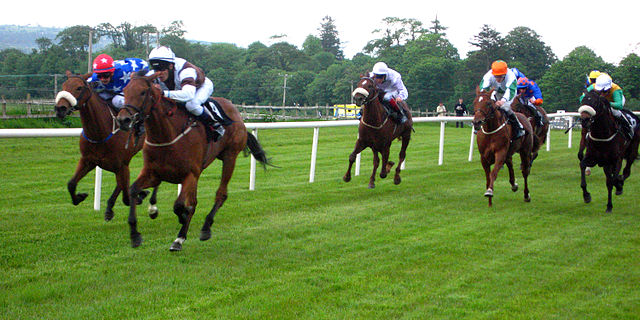 Good day all, our horse racing preview today is from Doncaster. Firstly I like to address that obviously the winners have not been flowing, not based on not trying, just not getting the run of the green and someone called Ryan Moore doesn’t help bagging the first three races!

Rome was not built in a day, so onwards and upwards and once more we head off to Doncaster for what looks a less competitive card. As the season opens we tend to have many maidens floating around on the card, the second and third races at Doncaster see’s exactly that.

The first selection comes in the 2.15pm division 1, with the draw being favourable from middle to high I would tend to feel if going by the weather forecast we could see that bias change over the 7f index.

It has been a good indication to follow the money in these maidens, but I’m looking for value in the first selection. Richard Fahey entries have been for me not forward enough, but their entry Natajack ran a close second on debut for Tom Dascombe last season and changed yards over the winter to the northern based trainer who will no doubt have a couple of handicaps lined up for him.

One at a price is David Barron’s Bob Maxwell who makes his debut this afternoon. The son of Big Bad Bob should relish the ground and has a respectable draw to help the cause. The already gelded three year old should be getting further than this over the season being a half brother to Cloudracer.

Godolphin (Benbatl) and John Godsen’s (Jewel House) have to come into the equation with the latter running well when finishing runner up in a Windsor maiden, Benbatl will want further than this and has a derby entry.

Division 2 comes in the 2.45pm and we are subject to seeing our second season sire Frankel have a colt on show here in Dream Castle who has some very strong engagements throughout the season. No doubt he will be ready to go and should be landing this prize. So the question is who is good enough to go toe to toe with the Frankel colt?

Charlie Hills yard are usually quick out of the blocks at the start of the season and their entry here Never You Mind is by a useful handicapper, Bated Breath and half brother to Rocket Ship. Again he is another that will get further in time, but at the odds he looks a solid well pedigreed individual.

John Gosden (Loujain) & Roger Varian’s (To Dibba), both are sired by Dubawi and have had the benefit of a run with Loujain showing the best attitude when finishing third on debut at Newmarket. The form has worked out well with both the third and fourth running well again.