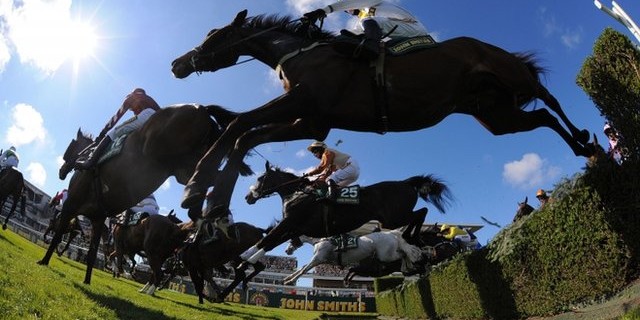 We have A special horse racing preview just for the Grand National. It could be a stroke of genius by the broadcasters or the organisers to stage the Grand National after the full time whistle on a full football calendar, or have they shrewdly kept the race back to bring it to a wider audience? Who knows, I am just waffling on. So we go into the 179th running of the greatest race in the world, The Grand National. A race that brings out the old lady punters, the one off punter, heavy hitters and the armchair followers who rub shoulder to shoulder and interacting on their fancies over a pint on the armchair, office syndicates hoping if they have chosen the right piece of paper for the sweepstake.

How many times I think I have heard someone tell me they have a strong tip for the National, it comes from the stable, the mucker out who drinks in your local and shared the winner with you because you bought him a pint. The National is a lottery, a race that see’s forty horses run around Aintree over four and a half miles, test of the fittest, the sound jumper, it’s still a lottery a race that many I know stick a pin in and get lucky.

Well here are my five against the field…

Paul Nicholl’s last won this back in 2012 when Neptune Collonges won by the narrowest of margins when beating Sunnyhill Boy by a nose. Vicente for me turned around his career when he finished fifth last season in the Listed NH Chase Cup at Cheltenham. That day. He had the now favourite for this race, Vieux Lion Rouge, five lengths behind him. He went on to land the Scottish Grand National by just under three lengths. This season has not seen him shine as much and has failed to hit the frame on all four starts.

The Vieux Lion Rouge form has since been reversed when they met last time out in the trial for this at Haydock Park, Blaklion was runner up that afternoon, even Gas Line Boy was in front of him by a considerable wide margin. It is hard to feel he can reproduce anything that showed he was a serious contender for this year’s renewal, but Paul Nicholl’s can get one ready, if he stands and stays you cannot disregard him with Brian Hughes booked.

For me he looks a winner if he is able to get the trip. His four runs this year have seen him run exceptionally well on merit and deserves to take his chances. He has course experience when finishing third in the Mildmay last year when behind Native River, He has progressed with every run this season and with his third at Wetherby when behind Definitely Red to ten lengths when giving 12lb away to the winner on boxing day in the Grade 3 Meyrick Chase.

The best was yet to come, he looked to have the measure of his field when traveling well in the closing stages at Haydock when denied by three and a quarter lengths to Vieux Lion Rouge when giving 6lb to the winner. He gets 3lb back this afternoon which on paper might not be significant enough to reverse the form, but the fact he has been trained especially for a crack at this speaks volumes and the trainer can emulate his success back in 2002 when Bindaree went on to win.

Has been ultra-consistent this year and has got better and better when they stepped him up to three miles which saw him win the Swinley Chase at Ascot when beating Go Conquer by thirty lengths. He was surprisingly turned over at Kelso in the Listed Premier Chase when an odds on shot to land the race for Venetia Williams. The winner was not disgraced next time out when finishing behind Yala Enki at Kelso last month.

He has a form line though LE MERCUREY, another entry for Paul Nicholl’s. They met last time out at Kelso with nine lengths between them on the day and they meet on the same terms this afternoon. Le Mercurey is another that has been running consistently this season and ran a good second behind Many Clouds in the Listed Giveaway Chase over 24.8f. There was just the three and a half lengths between them that day. He equipped himself well when splitting Native River and Bristol De Mai in the Grade 2 Denman Chase back in February. His is a sound jumper with no mishaps in his career and we have to see how the market values him.

Last year’s Irish Grand National winner has been on the back foot all season, but showed some old form when finishing fifth in the Grade A Goffs Thyestes Handicap Chase at Gowran Park. Now despite twenty lengths behind the eventual winner Champagne West, he was also just three lengths behind Willie Mullins Pleasant Company.

He has the capability to run a big race and he has only fallen once in his career all the way back in 2013. Solid, stays well and could be the dark horse in the race for Irish trainer Mouse Morris.

It’s a ballet, a race that to tip the winner is not that easy, I feel the main bet will come in Blaklion purely that he has been consistent enough to have a real go in this, it would also be great to see Noel Fehily in the winning enclosure after a cracking season in the saddle. I really want to put three or four up for the race, but I will dutch with Le Mercurey of Paul Nicholls. The fact that Nicholl’s would love a big run from all his contender’s here to close the gap on Nicky Henderson.