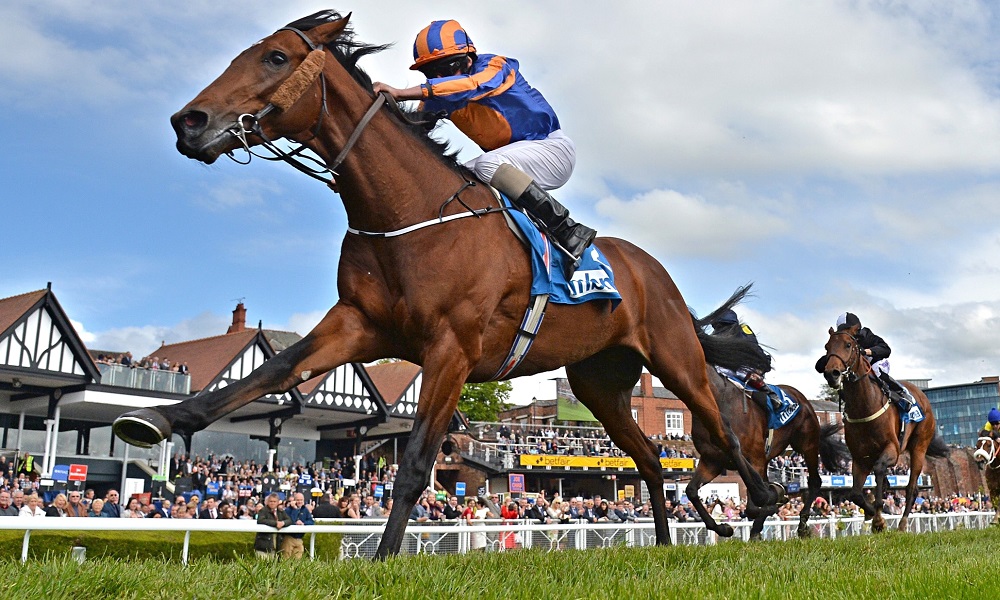 Today’s horse racing preview comes from three meetings, The Curragh, Fontwell and Kelso. Again not the greatest of days on the winners front, a note for any of you that backed Kachy today, he’s worth keeping on the right side of if tackling 6f this season, however the blog was in a healthy profit with Copper Knight when advised at 12/1, pulled of a monster gamble to win at 5/1fav.

Success Days and Deauville are at present fighting for favouritism, the former trained by Ken Condon comes into this off a neck defeat to Air Pilot in the Group 3 Alleged Stakes at Naas.

Last year’s Royal Whip Stakes winner finished third in this last year, even though a potentially nice colt, I just feel he’s just short of top quality around Group 1 level. Deauville on the other hand won the Group 3 Huxley Stakes just from Poets Word at Chester on his second run of the new campaign.

The Belmont Derby winner might just find 10.5f on the short side here, looks a solid stayer the way he won around Chester, claims if handling track.

One that just seems to get better and better and never goes down without a fight is british trainer Roger Charlton’s Decorated Knight. Winner of the Derby Winter trial was correctly placed by the trainer when flown to Meydan when taking the Group 1 Jebel Hatta by a head from Folkswood.

Finished a head in front of Deauville in the Group 1 Dubai Turf, in third was Ribchester who dominated the Group 1 Lockinge recently. Roger Charlton won this twice with Al Kazeem and looks to have a big claim on the prize again.

I’m finding it impossible trying to turnover Jessica Harrington’s Red Label in this. The ex Luca Cumani in-mate won over a mile on the all weather in good style and was quickly shipped to different surroundings after an interesting​ development which saw many top horses leave the Cumani yard which included Postponed.

First run for the yard came at Gowran Park when just holding on over 9.4f, he looks the sort that will relish 10f and beyond. Which no big engagements planned he could put himself amongst ​middle distance races on offer this season.

Homesman and Vociferous Marina will have to step up I think to beat the selection, especially the latter who looked very one paced at York recently. Pending on is on pacemaking duties, interested in Utah for a place run with Seamus Heffernan in the plate.

Won his maiden here at The Curragh over a mile, has been competing over shorter trips, steps into a more likely index over 10f.

Again Ballydoyle are diverting to pacemaker tactics with declaring 50% of the entire field. Even though they have Newmarket’s conqueror Winter as the hotpot in the race, can she do what Churchill did and land both Guineas?

Another O’Brien runner is Hydrangea who pulled far too hard at Newmarket ending up just tenth. She is better then that, she bested Rahana and Winter in this trial, with good Curragh form of 122 I expect her to be ridden with a little more tight reign, she has the ability.

Winter was very impressive when winning at Newmarket, but she got a trouble free run and took full advantage of landing the run. I feel she was very flattered by that win, she wanst dry ground to put her best foot forward, but I take her on.

Marc Halfords Rehana will try to reverse her run with Hydrangea and Winter, the fact she was left at home to compete here over Newmarket speaks strong volumes, she is a big player here.

Irish raider here for me looks the one to beat from what is up against him this afternoon. Anseanachai Cliste had to fight when landing the Ulster National over 26.5f. The handicapper obviously has not assessed that run correctly, just a 7lb penalty and getting into this off 114 he should win this well.

Sweet Belle could be the main danger under Brian Hughes, a good second in a 0-120 chase at Hexham just over three weeks ago, will have to improve again, each way bet looks imminent.

Midnight Jitterbug probably won’t get a better chance of 103 to land a race like this. The Noel Williams five year old finished a close third off this mark in a similar contest at Kempton two weeks ago under today’s pilot Ian Popham.

Main dangers look to come from Zante of Gary Moore’s who is probably wanting a step up in trip now on current performances.