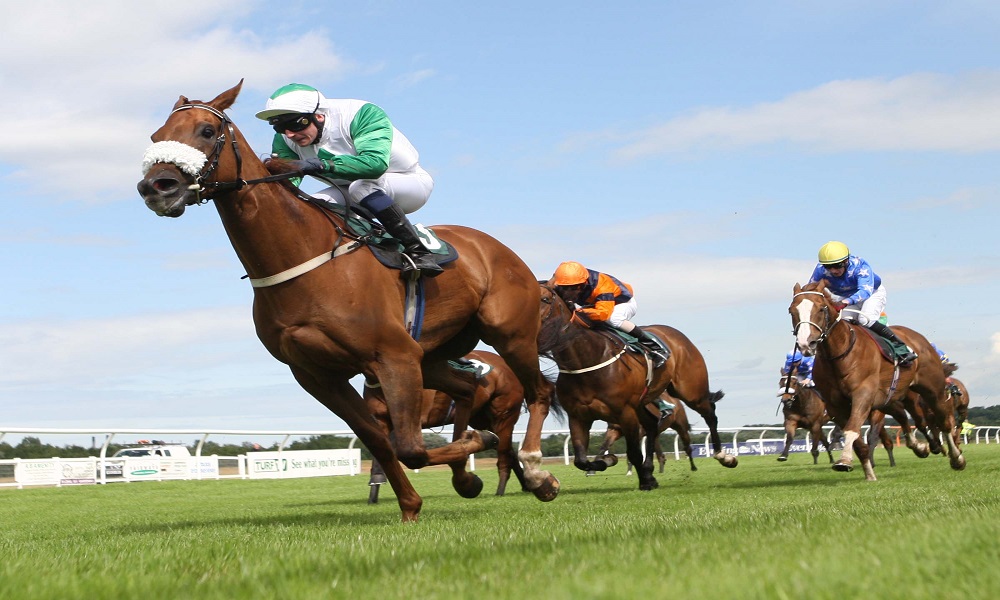 Donald McCain has a 24.8% strike rate around Kelso over the past five seasons, which does reflect consistency around this sphere, he saddles here my top rated Prince Khurram who was last seen when finishing third behind Mirsaale in a 0-145 handicap over course and distance last month. He was also seen last year around the spring when finishing fourth in this company but on heavy ground which he equipped himself quiet well going down by only six lengths, he still has much to offer

Desert Island Dusk market price of 28/1 is over looking the fact that Maurice Barnes trained the 2015 winner of this race, and today’s jockey Dale Irving rode the 2014 winner, both team up here with an entry that won over this trip on good ground at Hexham back in the summer in a 0-130 handicap when off a mark of 106. He is another that has been beaten by Mirsaale this season to over forty lengths, but that day he was taking on horses that was rated 15lb his superior, I would expect him to outrun those odd this afternoon.

Pauline Robeson’s Martila has not been seen for almost a year, however her second at Ayr when behind Space Ship in a 0-150 handicap looks a little average considering the highest entrant was rating 137. Now if we go back to last years course and distance run when competing in a 0-145 she was seventeen lengths behind the smart Wisty who is now rated 143 as a chaser and ended up as a 138 hurdler.

Overall Prince Khurram has 6lb at the weights due to the claim of Lorcan Murtagh, however Martila gets the services of Brian Hughes who rides the mare for the first time this afternoon, the ground should have no concerns being sired by Marteline, Desert Island Dusk could outrun his double figure price on his old form.

I have Weapon of Choice highly rated here, Dianne Sayer’s nine year old looked to have plenty in hand when scoring at Perth in this company back in July under Brian Hughes. He was given a spin around Carlisle on the flat over 9f for what apparent reason I have no idea, but failed and finished tailed off. With three attempts around Kelso at this trip he has not been beaten by far on all occasions, in fact a combined four and three quarter lengths. He obviously seems to find one too good around here, however 107 is a very leanient mark and should go close again.

At the bottom of the weights we have Philip Kirby’s Bohornagore who was last seen when competing a much weaker race than this over two furlongs further last month. He will definitely have to show some of that old form, but steps into better class, Adam Nicol’s takes the ride. Last but not least last time Sedgfield winner Danceintothelight who was seen winning over much further than this that day. He ran well here last year, not on this card but over 20f, but again in much weaker company, does look vulnerable under a 5lb penalty.

Today’s NAP comes from Johnny Farrelly’s Sporting Boy, he has been quiet consistent around both codes. His run last time at Sedgefield was over three furlongs more which in hindsight is going to put him spot on again despite dropping back in trip. The ground seems to be the key for him to get off the mark for the first time since June last year when taking a 0-135 Chase at Newton Abbott, his last hurdle win came of a mark of 124 at Taunton two seasons ago and dropping into this off 122 looks a big chance of taking this race under Noel Fehily who has a very good record with the horse.

Main dangers has to come from Dr Richard Newland’s Royale Knight who has not won over hurdles since 2012, but did have a good run at Chepstow over 24f when finishing runner up two years ago when off this relevant mark of 119 and will handle the underfoot conditions. Muthabir won at Taunton this year off 115 and despite only raised 3lb it has seemed to of stopped him in his tracks significantly.

Sporting Boy would have to be the choice purely on bookings, but you cannot overlook Royale Knight who has slipped back to a win-able mark despite being five years since his last hurdle win.

The vast improving Wisty will be a tough nut to crack off his current mark of 143, he has taken to chasing like water off a ducks back notching up all three wins over the larger obstacles. With all of his wins coming at Cartmel, he was a winner around here as a hurdler when taking a 0-145 when beating Martila (Selection in the opener) by seventeen lengths.

The fact he has not been troubled at all in all three chase runs proves he is still on an upward curve, but once more has to deal with a 13lb rise, but has to be feared never-less. Forest Bihan has been competing around the novice Graded rank running behind the likes of Altior, San Benedeto. This will be his first real test around handicap chasers, a 140 rated hurdler which saw him fail on all of his hurdle runs in this country, he has to be feared getting into this off a mark of 154 if showing his recent novice form, but a tough race to start your career around this sphere.

Simply Ned returns for a third crack at this race, twice winner of this race off a mark of 157, he returns this time around 3lb lower mark, however Wisty is a serious improving type and all will have to be on their A Game to take away his unbeaten chase record.

On the overview and ratings, Forest Bihan has to be feared, but his current mark I have given him is based around novice company, Simpy Ned is ten years young, but if returning in good heart he would have to go close, but the 11lb having to give away to Wisty is a big ask. Wisty has to be the selection here, not because the fact he has won all his chases, the fact that off 143 it is very much exploitable mark to win again. a Small mention to last years winner Theflyingportrait who is 3lb lower than when winning this last year could find the ground a bit to testing this time around.