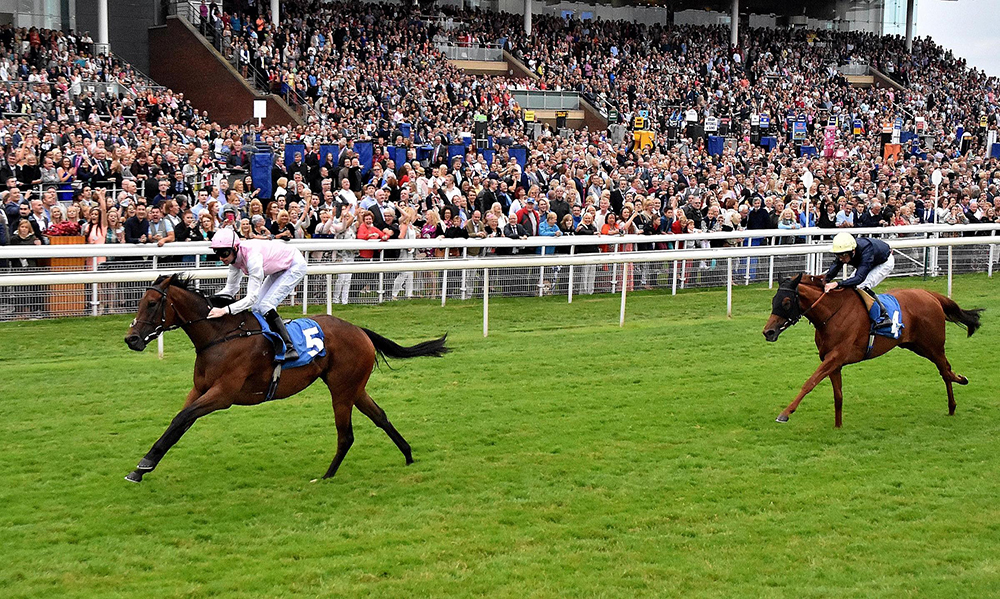 Today’s horse racing preview comes from Four meetings, Beverley, Leicester, Newton Abbott and Ballinrobe. To say I was disappointed with some of the selections is an understatement, especially Keynote who just never turned up finishing a pulled up last.

Ivan Furtado’s yard have hit a good run of form recently, the trainer has had two winners from his last five sent out and saddles Clean Cut here with Royston Ffrench booked. She would have to come into the equation off the back of her fourth here at Beverley when in this grade, off a mark of 51. She has gone on again to finish just out of the frame at Yarmouth in a 0-60, she may do better now stepping up in trip.

Favourites have won the past two renewals of this race and no doubt we will see Mark Johnston’s Katebird field that role. She was kept busy as a juvenile winning 2-11 starts with both wins coming at Nottingham and Chelmsford. Her win on turf off a mark of 58 when beating far superior opposition puts her here with a solid claim. My main concern is she has been beaten a combined distance of forty-eight lengths from her last five runs, but bounced back to form when finishing third at Ripon six days ago in a 0-85 handicap over this index.

Daniel Loughnane’s horses tend to run well when stepped up in trip, their representative here is Trautmann who was last seen finishing fifth on the all-weather at Kempton in a maiden. It was a competitive maiden with the runner up Tricorn seen finishing a close third in last week’s Brittania Stakes at the Royal meeting.

In second was Ronald R who was very unlucky not to win the Brittania Stakes last week when staying on powerfully to finish runner up to Bless Him. A major player if adapting to the extra index this afternoon, Charlie Bennett takes an encouraging 3lb claim off his back this afternoon and cannot be discounted.

With the favourite taking the last two years, there has not been that many big price winners from the three renewals, this would strongly bring in Katebird, especially if bringing her last run to the table in a 0-85. Clean Cut I do like, purely as the trainer has come into some form of late, but the jockey booking is not showing confidence on stats. Trautmann though is the most interesting, the Brittania Stakes form has to be taken seriously, makes handicap debut off a mark of 59 which is there to be exploited.

Paul Deegan’s Time Dee has a good opportunity here to get off the mark at the fourth attempt, his string of fourth places have been encouraging and the step up in trip should see him come on further. This is could be an interesting prep run as he has an entry in the Irish Derby on the 1st July and with the ground now coming up good to firm I feel he is the one they all have to beat this evening.

You can never overlook a Willie Mullins flat contender, here he saddles She is Flawless who makes her debut over this trip, no doubt we will see her eventually competing around the bumper circuit once the season starts back up, but being by Fastnet Rock she is more of a future assignment this time around. Another new comer is John Ox’s Kozy. This daughter of Azamour had a rating as high as 130 on the level, this trip is a good starting point, she will be wound up and ready to go for sure.

Finally, Dermot Weld’s Neptune and O’Brien’s Squires Tale are also both interesting angles, Weld’s newcomer Neptune is another Galileo progeny, if there is solid market support for him it has to be noted, Squires Tale finished last at Dundalk on career first start as a juvenile, and would not be surprised if he showed more in transition from 2-3.

Both Lake Shore Drive and Vendredi Trois set strong standards in this, the latter retains the services of Richard Johnson who got off the mark at the sixteenth attempt over hurdles at Worcester two weeks ago. Emma Lavelle’s eight-year-old has failed more times when being stepped up beyond three miles, is 0-6 around this index which has included two unseated riders and a runner up spot which came at Stratford eighteen months ago in a 0-110 grade, will have to step up again off this 6lb penalty.

One I feel though they will all have to beat is Johnny Farrelly’s Lake Shore Drive, once trained in Ireland and had spells at John Cullen’s yard, he had his first run for the new yard back in October last year when finishing wayward to the wind. failing to show anything for the yard he went and dropped in at Hexham over 23f. This will be his first run past three miles, a good jockey booking of Brendan Powell is a bonus.

The most frustrating horse in this race is Richard Fahey’s Springforth.  Quite a character which has seen him play up going into the stalls, he lost all his chances last time out at when last at Ripon. I am willing to give him one more chance, purely as Tony Hamilton gets back on board after being ridden by three different jockeys since.

If he actually brought both his Pontefract and Hamilton form here this would be a shoe in and he would most definitely be favourite. With only a 1lb rise he does look ahead of the handicap now, but his tendency to miss the break and blow up has cost him, hoping Hamilton can get him back on track.

Best of the rest, Richard Prices’s Bellevarde, who was unlucky not to get off the mark at Haydock, he holds the ability to be thereabouts this evening. After watching a poor showing yesterday of another Varian entry, I am going to stick on my gut feeling that Springforth is about to pounce and get the win on board.