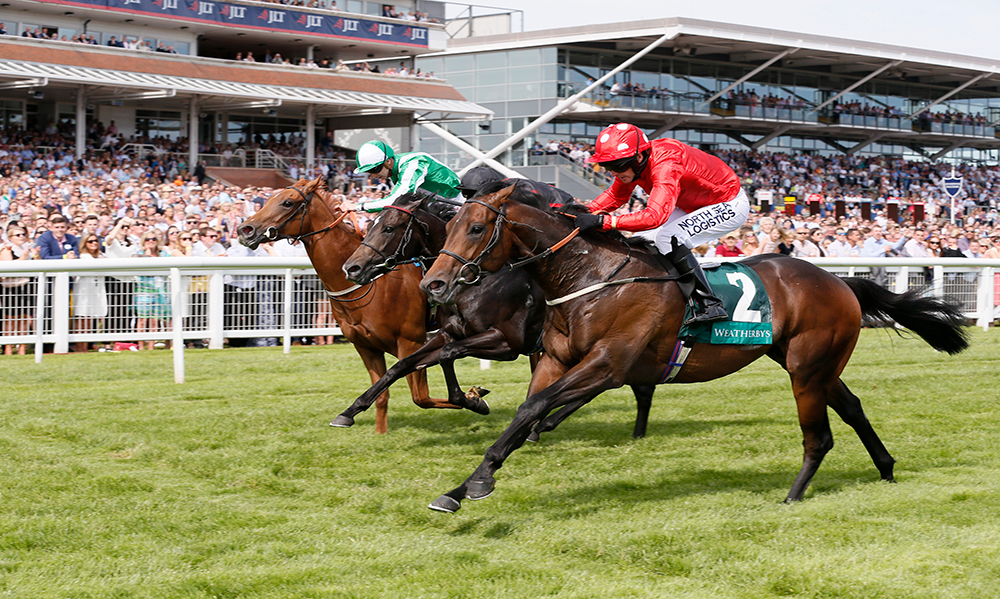 This afternoon’s horse racing preview comes from Newbury and Newmarket with the Lockinge taking centre stage. All the selections can be seen on television, so crack open a can and let’s get on with getting some winners.

Yesterday’s selections were mixed feelings, Main Desire is going to be very useful come Ascot, but on the other hand I was very disappointed with Ryan Moore’s tactics aboard On Her Toes, went the right route on the rail to be shut out and nowhere to go, any real excuses probably not as the winner was holding in front regardless.

Our first selection comes in what looks a good competitive pattern race to start the day, mile and a half for four year olds and above. Pending on how much rain has got into the ground here at Newbury I would expect a bold showing for Charlie Appleby’s Hawkbill who is having his second seasonal run.

Last year’s Eclipse winner should have no excuses on the ground, looked in need of the run when fifth in France three weeks ago, should be in the mix. At the head of the market is Michael Stoutes Midterm, another that looked rusty on debut when finishing fifth in the John Porter here at Newbury last month.

That girl had taken a knock yesterday when the winner Muntahaa failed to turn up in the Yorkshire Cup managing only to trail in second last. He has won over the index when taking the Bet365 classic trial at Sandown, but failed to shine the rest of the year, not the most reliable.

Stoute also has Across the Stars, tenth in last year’s Derby, the son of Sea the Stars put that run behind him quickly when landing the King Edward V11 stakes at Ascot, Muntahaa was put in his place there also that day. I actually thought his run in the Great Voltigeur was poor, but the quick ground did not help the cause, back on soft a player.

Overall I think Frankie has got it spot on when he takes the mount on Across the Stars who could be one to keep on the right side of this season. Big danger looks Hawkbill who should come on for his debut run overseas.

Very open contest with a case that can be made for a few of these. William Haggas has potentially a nice colt on his hands here with Call to Mind.

With a Derby entry and owned by the Queen who had a welcoming winner with Dartmouth yesterday at York when landing the Yorkshire Cup, the son of Galileo showed tenacity when fending off Roger Varian’s Commander. It was not the strongest of maidens, however he could be useful for stepping up in trip on his second outing.

Godolphins Leshlaa I fancied on debut when getting up in the shade of the post when beating stablemate Dubai Horizon, this is a lot tougher than the 0-95 handicap he won over course and distance three weeks ago.

One I like here is John Gosdens Valcartier who got off the mark at the second attempt at Nottingham, I think the slower ground will play to his advantages and is the one to best for me under pilot Rob Tart.

This is a type of race that could see Visionary bounce back from his all-weather win at Dundalk where he was runner up last time out when outpointed on Lingfields Champions Day.

He has been a regular around the all-weather track for Robert Cowell, returns to turf for the first time since running a cracker behind Harry Angel and Reach High in a novice’s contest at Ascot. More to come, definitely.

Main dangers look to come from Richard Fahey’s Private Matter who needed the run when fourth in a listed event over 7f here at Newmarket, drops back to 6f this afternoon, major player.

I am in Godolphins camp here with Desert Frost who impressed me when pulling away to win by one and a quarter lengths on debut at Doncaster just over two weeks ago.

The way he won that day suggested that 7f would not be beyond this progeny of Dark Angel. On paper though Richard Hannon’s Larchmont Lad is the one they all have to beat only if rejuvenating his juvenile form which saw him land the Somerville Stakes over course and distance.

His transition has not gone to plan so far after competing in the Craven and 2000gns over a trip he just did not see out. We have to take it on trust that he was out classed and this drop in company and trip sees his season start here.

Stoutes Taamol still looked green in a conditions contest here last month when finishing fourth over a mile. Drops back a furlong this afternoon and if bringing his novice course and distance win to the floor he has to be considered.

A good each way bet could come in Simon Crisford’s Century Dream who’s two length defeat at Sandown in a 0-95 showed promise from his juvenile status.

The fifth place finisher has improved when finishing runner up in the Derby trial at Lingfield recently. The winner they might be chasing home is Roger Varian’s Defoe.

I am sweet on him as the winner of this race, he looked out classed in the Listed Zetland Stakes on his last outing. Off an opening handicap mark of 88 which could be very lenient to exploit, big claims each way for me.

The highlight of the day the Group 1 Lockinge and Richard Fahey’s Ribchester is going to be a tall order to beat here.

Last year’s Mill Reef and Jersey stakes winner ran a cracker to finish third in the Group 1 Dubai Turf at this year’s carnival when beaten only one lengths on seasonal debut. Can the hotpot be beaten? I think not especially on this ground.