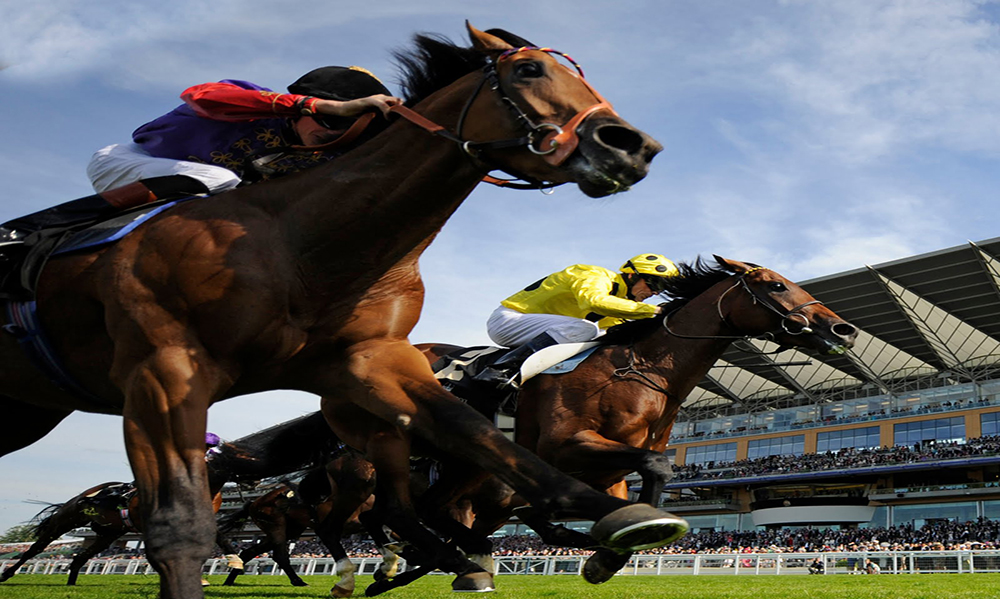 On paper both Mount Logan and Spark Plug make most appeal especially the latter who has already taken the scalp of Mount Logan when they met in the Listed Festival Stakes at York back in May. Since then Spark Plug has managed to come on to land the Listed Gala Stakes at Sandown.

Mount Logan has just over three lengths to find with Spark Plug and with only 3lb between them this time, it is looking difficult for the Roger Varian six-year-old to reverse that form. Now I was looking to be in Spark Plugs camp this afternoon, however an interesting entrant here is Hugo Palmers Best of Day who I tipped up when running no sort of race on seasons re-appearance in the Group 2 King Edward V11 Stakes at Ascot.

The drop back to 10f and into Listed company should be a lot easier this afternoon considering he won the Royal Lodge as a juvenile over 8f he still looks open to more progression, gets the age weight allowance.

Three entries jumped off the page this afternoon in Glass Office, Perfect Pasture and the selection for the race Tupi. Glass Office had to miss all of 2015/16 season due to injury and has been nursed back to health by David Simcock. He was a regular around pattern company until his injury and landed the Group 2 Duke of York Stakes that year.

Trailing back in ninth on his last run which came in the Group 1 Diamond Jubilee Stakes triggered the injury, which was a shame has he had been coming into good form. His first run back was very encouraging when finishing fourth in the Listed Cathedral Stakes on ground that was most definitely too much on the quick side. With the easing ground, he cannot be over looked lightly and would not put you off having a small saver each way with him as he has shown enough to still process that ability to race at the top level.

Perfect Pleasure is more miss than hit, Mick Easterby;s seven year old is looking to break an eleven year voodoo which saw the last seven year old to land this race in Fayr Jag. Winner of the Listed Leisure Stakes at Windsor back in May, they decided to pitch him in at Black type level when competing in the Group 3 Chipchase Stakes on the all-weather at Newcastle.

Koropick was the winner that day and despite getting a 4lb turnaround here he does have a lot to do trying to reverse the form with Koropick, however a return to turf should see him run a lot better. Now on to the race selection which comes in the way of Richard Hannon’s Tupi. Fresh from Meydan he ran well back on English soil when landing the Listed Cammidge Trophy Stakes at Doncaster in very good fashion by four lengths.

Has lost his way slightly when competing in black type company when finishing sixth from the Duke of York Stakes and on his last run an excellent sixth in the Group 1 Diamond Jubilee Stakes at the Royal meeting. Has a bit to find with Magical Memory on their last encounter, but the Ascot race could turn out to be a decent renewal.

Richard Fahey’s Areen Heart has been place consistent this season, his runner up spot at Haydock three weeks ago when behind Calder Prince in a 0-95 handicap speaks volumes on the form table. The fourth Lincoln Rocks franked that form at Pontefract ten days ago, with only a 1lb penalty from that run he should be on the premises under Philip Makin.

Town Charter I fear the most, if Mark Johnston’s three-year-old can bring some of his sprinting form from his juvenile days he would have to be considered. Since being stepped up to a mile he has failed to show that two-year-old potential, however he has dropped 7lb at the weights since May this year and on that I think he will give another good account, Mark Johnston won this last year with Huntlaw.

This race though has been more revolved around top weights landing the spoils, in fact four of the last five winners have carried top or second top weight in the race, and this brings in the likes of Dark Profit and Torrid. David O’Meara’s five-year-old has taken his time to get off the mark this year, but with wins at Carlisle and Ayr he is stepping into unknown territory now stepping up to the new mile trip.

Michael Easterby’s Torrid has left last season’s disappointments a long way behind after two solid efforts this year which saw him land a 0-85 off a mark of 77 at Carlisle and previously ran well off a 5lb penalty on the all-weather at Newcastle in a 0-95. This is a drop back to his relevant class, despite now carrying 7lb higher than his win at Redcar, he gets the services once more of Nathan Evans who’s 3lb claim has carried many winners for the team this season already.

Kool Company and Jungle Cat for me are becoming very frustrating to follow, I have now put up Jungle Cat twice to go on and disappoint me, especially the last run at Chester when he should have fulfilled his odds and won. Kool Company also has become a frustrating bet prospective, He has not shown anything of his Doncaster win when landing the Listed Doncaster Stakes.

Fair enough he has been competing at higher levels than this, but was a long way behind Jungle Cat at Chester recently and there was just not any excuses for the pair of them, Charles Hills Ibn Malik had his first run when pitched in at Group 3 level when finishing fourth in the Criterion Stakes at Newmarket, he was behind Jungle Cat that day to five and a half lengths off level weights, and despite getting 4lb here it’s hard to see the form reversed.

So, again for the third time I am putting up the last saloon for Jungle Cat, who on paper is far superior to most of these and should, and I hope, finally get back into the winning enclosure.