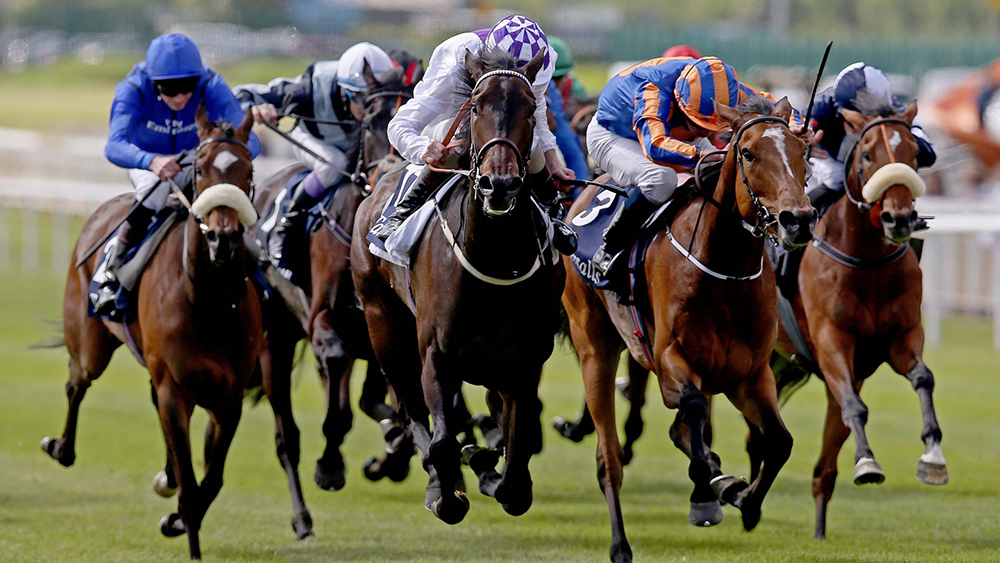 Today’s horse racing preview comes from Newbury. Unfortunately the Ayr Festival has been called off so my selections switch to Newbury this afternoon with the feature The Mill Reef Stakes for up and coming juveniles.

Over the years this has not been a race to think outside the box, in fact the first and second favourites have a high return and looking at the field it looks the same factor once more. David Simcock has won this the past two years and is represented here with Desert Encounter.

His four runs this season have not been over looked, winner of the Listed Buckhounds Stakes at Ascot back in May and was probably unlucky not to follow up at Goodwood when beaten by one of his closest rivals here in Second Step. Subsequently dropped to 10f, he equipped himself well when finishing third in the Coral Eclipse. The winner Ulysses went on to land the Juddmonte International Stakes at York. His last run was too bad to be true, never picked up in the closing stages when finishing a wayward sixth.

Meeting Second Step this time around, he will be tackling this renewal off level weights, different to when he was conceding 3lb for a half a length defeat, and he should be exploiting that advantage this time around. Second Step has gone on to show his consistency, finishing runner up in the Listed Fred Archer Stakes and once more had to settle for second in the Glorious Stakes at Goodwood with Scarlet Dragon back in third just a neck off him.

They dropped him back into Listed company when taking the August Stakes at Windsor, it was not the grandest of renewals, and there has been flaws in the form of that race since. Surprise package could be Johnson-Houghton’s Scarlet Dragon. He seems to run better at pattern level and bounced back from a disappointing run in the Ebor when runner up in the September Stakes behind Chemical Charge. He does though look just outside the recommendation that he can reverse the form with Second Step, and further turn over the race selection in Desert Encounter.

Favourites have a cracking record in this over the years taking five of the past six renewals. James Tate’s Invincible Army has been up against some quality sprinters this year. It really all started when beaten favourite to land the July Stakes, however the form even of that run has upheld with US Navy Flag going on to win the Tower Stakes in Ireland, Alba Power improving to be just denied in this years top yearlings renewal.

He came on nicely when runner up to the smart Havana Grey in the Molecomb Stakes, and even though he was backed into favouritism on the day, Havana Grey is a good yardstick considering he has gone on to finish runner up in the Prix Morny & Flying Childers when beaten by the vast improving Heartache.

Once more he was put in as the favourite for this years Gimcrack and was surprisingly beaten by Richard Fahey’s Sounds of Mali who made a complete mockery of the race. All the frustration runs paid off when switched to the all weather at Kempton landing the Group 3 Sirenia Stakes and justified the market confidence. There would be no surprise to see him go off at the head of the market this afternoon, regular jockey on board in Martin Harley, should take this.

If anything was going to upset the apple-cart which i am sure it wont, as he says with confidence, then the consistent George Scott runner James Garfield has been a credit to the trainer this season. Despite only recording the one win which came at Doncaster, he did have previous good form when third in the Listed Windsor Castle Stakes.

He was given the opportunity to step into pattern company and equipped himself that he belonged when finishing fourth in the Group 2 Vintage Stakes, to run even better when just denied in the Group 2 Acomb Stakes and had Lansky well beaten to almost four lengths, the front pair pulled quickly clear of the field, he looks the main danger to the selection here.