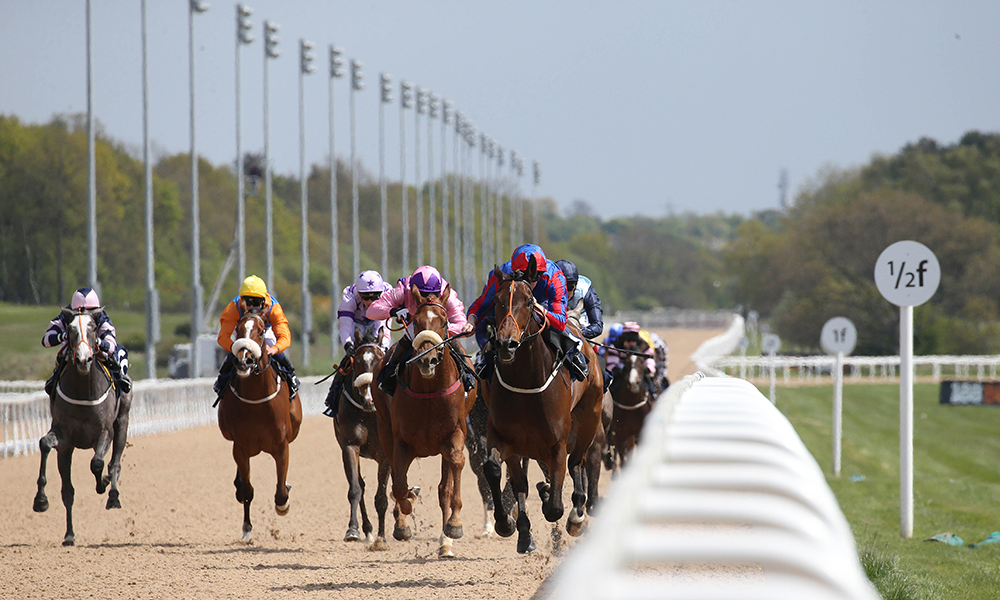 Very competitive Class 2 conditions race to get involved in, Gordon Elliott’s yard could not be in better form, after a six timer last week the yard send over River Boyne. He is the unknown quality in the race and the most in-experienced. His maiden at the Curragh back in July saw him finishing just over twelve lengths behind double Group 1 winning Juvenile US Navy Flag. Three months off and he turned up at Dundalk over 7f, he finished a creditable fourth that day to Marc Alford’s Andesh, the drop back to 6f will suit the son of Dandy Man and does look well treated off 83.

It Don’t Come Easy has had two runner up spots with one good run coming when second to Rebel Assault in the Listed Rockingham at York, half brother to 80 rated Harome he has been around pattern company ever since winning the Edinburgh Castle Stakes at Musselburgh. With an official rating of 95, he does for me though have to step up again despite this being a drop in class.

So the selection comes in Mark Johnston’s Lake Volta who picked up a couple of stakes races during the summer, he has had two spins around the all weather, finishing third in the Group 3 Sirenia Stakes when behind Invincible Army and eighteen days ago when three parts of a length behind the smart Riyazan. Six Furlongs does look his better trip and I would expect him to be on the premises once more under stable jock Joe Fanning.

Susan Gardner’s Eddy was an impressive winner over course and distance a couple of weeks ago when overturning 104 rated Orchardstown Cross, he has been hit with a 10lb rise for that emphatic display, however even off 95 this afternoon he still looks to have plenty in the locker, Sean Houlihans 7lb claim once more eases the task.

Cosmic Diamond was seen winning three weeks ago at Huntingdon under today’s pilot Gavin Sheehan, he ran way above his rating of 79 that day when beating Harry Skelton’s Shrubland who has gone on to frank that form off 103 four days ago. With only the 4lb penalty to overcome he still looks very well treated and will get 12lb from the selection. Top weight Hurricane Ridge was once with Jessica Harrington over both codes, since joining Jimmy Frosts yard two seasons ago he had failed to show that sparkle until recently.

With two placed runs over the past two months it looks like he has found the enthusiasm to race once more. It looked like they were losing patience with him when running him in a seller at Newton Abbot going down by ten lengths to 103 rated Bonobo, again he was placed in a selling handicap and ran even better when five lengths off 98 rated Scales who had previously been just denied in a 105 handicap hurdle, so the ability is still there, off 99 once more there could be something there if running up to his last run.

Dash for cash and it is paramount to get a good clean break around Newcastle, top weight Pomme De Terre has only run around here on the turf when finishing third in a maiden, with inexperience on a tapeta surface, it will be interesting to see if he can bring over his summer runs to the all weather. His best run this year came at Doncaster when third to Art Obsession, however it has not been bringing winners and he just might, once more, find a couple too good.

Eric Alston’s Casterbridge showed signs of improvement I thought when fourth at Nottingham when beaten by far better company. Winner in this company at Leicester in the spring when winning off a mark of 70, but ever since he has seemed to have struggled off the back of that 6lb penalty failing to hit the frame on his last seven encounters.

The selection comes in the way of Ruth Carr’s Vallarta, he was also a winner around this sphere in the spring when winning at Catterick, he is not overly exposed on the all weather as some are in this field, also with this being only his third visit to Newcastle where he finished third over 7f and was last seen here two runs back over 6f on the slower surface, this drop back to 5f and the fact he has plenty of speed he could get the run of the race in front.

The All Weather starts all over again and Luke Morris will be looking for championship number three, he rides here the selection Related for Paul Midgely. The last time he was seen on the all weather came over course and distance in a Class 2 Conditions Stakes, he finished last of five that day just over four lengths behind 111 rated Pretend, the race has not shown much with the top two not managing a win since, however the third Spring Loaded won the Portland Hcp off 92 and even on that mark this afternoon would see him go close off just 83.

Parnassian last run on the all weather came at Newcastle in what looked a very competitive conditions race, the winner Kananee has not been seen since for Godolphin, the runner up Sutter County went on to land a valuable race at Goodwood and was just denied when running a head behind Masham Star in the Chelmsford City Cup. He managed to pick up his first win of 2017 when landing the Royal Sprint Series on good to firm ground, I do have reservations though if the ground stays soft to heavy he will either become a non runner or just will not be involved.

Finally Show Stealer, I thought he should have won last time out when finishing third over five furlongs at Chelmsford, he was given far too much to do over the optimum trip, however David Probert never gave up riding him all the way to the line to go behind by two lengths. He is not renown to running on sand, so he equipped himself well on debut, cannot see why he will not be on the premises once more now stepping back up in trip and Probert back on board, he is the one I fear the most in the race off his well handicapped mark of 84.