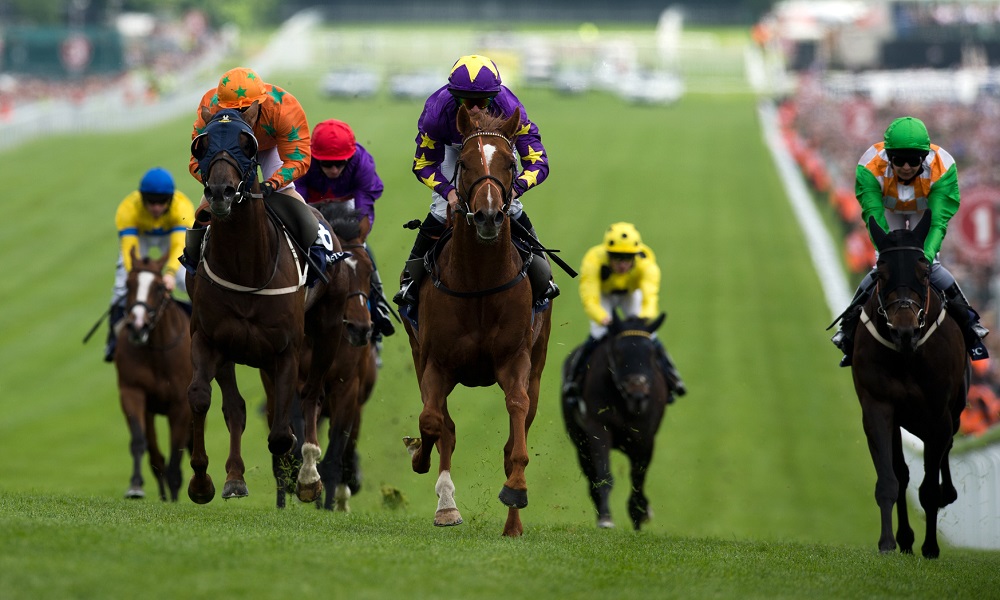 Today’s horse racing preview comes from Newmarket, with the Group 1 Fillies Mile being the highlight on the card, can Aidan O’Brien step one more closer to that magic milestone this weekend and break the record? All of today’s four selections come from Headquarters.

With no rain forecast over the rest of the week at Newmarket we can officially feel it will be good racing ground on the day. If I start with Aidan O’Brien’ who will be looking to possibly break Bobby Frankel’s record over the weekend with 25+ Group 1 wins in a season, its definitely possible, however on to his entry here in Battle of Jericho. The son of Galileo was declared to run is this years Group 3 Molecomb Stakes at Goodwood, but was classed as a non runner due to conditions.

He has been sharpened up recently with a spin around Dundalk over 7f which saw him go close to now 103 rated Riyazan and got within half a length, this has earned him what I think a very good opening mark of just 100 which has a lot of movement around this sphere. This is interesting that they seem to feel he has a lot of speed to offer, he has showed a top speed rating this year of 86 which would not be far off going close in this race.

Pursuing The Dream probably surprised all when winning a Listed event out in Deauville, it was not the greatest of sectionals even on the quick ground, Jamie Osbourne’s charge here will have to show more after deflating in the Group 2 Flying Childers at Doncaster last month. I have gone away from the top rated, I know what your going to say, but before the summary we can take a look at Roger Varian’s entry here To Wafij who looks up against it here when looking very one paced on this quick ground at York when beaten easily by Sound and Silence and Abel Handy to just under four lengths.

Despite getting the 3lb from the top two, he did not impress me, now if the ground had gone soft then I would be tipping him up and praising his third in the Group 3 Molecomb Stakes at the Goodwood festival. There was only half a lengths separating Havana Grey, Invincible Army and To Wafij, they went a good clip that day and he collected a speed rating of around 91. He meets Sound and Silence off the same terms, and level weights with Abel Handy which in theory is going to be very hard to reverse the form.

Sound and Silence will have to give weight all round here, the quicker surface will play to his strengths, Abel Handy has the similar effect, will need the drying ground, but the selection is an each way bet, Battle of Jericho could be giving Ballydoyle and exciting weekend.

This looks on paper a competitive renewal, Godolphin have won two of the past three renewals and are well represented here with Expressiy who was last seen recently winning an average novices stakes on the all weather at Chelmsford. She has had a stab at pattern company already when competing in the Group 3 Prix d’Aumale, that form has been franked by Wild Illusion who has gone on to land the Group 1 Marcel Boussac on Arc Sunday. Being a late April foal, I would like to think she will better her fathers genes who failed to make a successful transition to three.

At the head of the market we have Roger Charltons Gavota, James Doyle is re-united with her, who has ridden her to both of her career successes to date. She was last seen when finishing third under Jim Crowley over course and distance in the Group 2 Rockfel Stakes, back in fourth and fifth half a length and two and three quarters was Ed Vaughan’s Hikmaa and Ballydoyle’s Butterscotch. The former was coming off an unbeaten career when landing two novice races around the all weather, Butterscotch however was coming out of a good second in the Group 3 Grangecon Stud Stakes at the Curragh.

She was two and three quarter lengths behind Clemmie, that was over 6f, her step up to seven looked like the distance was beyond her, but she is by Galileo out of a useful dam, Lesson in Humidity, who only raced at today’s index on one occasion finishing runner up in the Listed Eternal Stakes on firmer ground, she will probably progress as a three year old.

On to the selection, she is the main rival in the market and represents Godolphin & Simon Crisford’s stable in Dark Rose Angel, her last run saw her split Laurens (118) and Nyaleti (113) in the Group 2 May Hill Stakes at Doncaster. However that race does have flaws and the fact it was over 8f. She was seen over today’s trip over course and distance on debut when running fifth to 85 rated Dathanna,

The ground she competed from two of her runs were on soft, she showed more potential over 8f when winning on good ground at Doncaster by four lengths, two winners have emerged from that race. With the ground coming up on the quick side, and with a possible head wind up the final furlong the fact she has won over further I would like to think she can get in the mix here.

Andrew Balding won this back in 2014 with Here Comes When who won this race as a four year old, this year their representative is Absolutely So who was last seen back in June when landing the Group 3 John of Gaunt Stakes at Newbury, The seven year old travelled well throughout the race and won a shade cosily to be fair in the soft conditions. His Listed run two runs back on this ground saw him run a creditable second to Oh This Is Us who has failed miserably since.

No seven year old has won this race, and it is hard to see that trend changing to be fair, Limato has failed to get his head in front since winning the Group 1 Prix de la Foret in France, his rating has declined to 118 which on last years form puts him right there, he has not been out of the top two at this trip until his last run when finishing fourth in the Lennox Stakes, the third Suedios recently won the Group 1 Shadwell Turf Mile Stakes out in America.

His form around this time of year reads 121, and has to be feared to all on what he has achieved over the past year, and dropping into 115 territory he is seriously well treated. Frankie gets his head back in the game after his great success in the Arc, he rides here John Gosden’s Dabyah who has not been seen since finishing fourth in the Coronation Stakes at Royal Ascot. That form has got serious depth with Winter going on to land the Nassau Stakes, the runner up Roly Poly has landed three Group 1’s since which included last weeks Sun Chariot Stakes in fine style

The third Hydrangea has since won the Group 1 Matron Stakes and was just denied in France in the Group 1 Prix de l’Opera when beaten by stablemate Rhododendron to a head, he acts on good ground so I feel he looks value in the race.

Ballydoyle have conquered this race for the past three years and with the trainer getting closer to that record it looks like this is a formality. Happily has thrived since finishing runner up in the Group 2 Debutante Stakes when beaten by stablemate Magical, but since then she has taken two Group 1’s which include the Moyglare Stud and the Prix Jean-Luc Lagardere.

She has already reversed the form with Magical from the Moyglare and has been getting better and better as the season has come to a close, she is going to be very hard to beat. Their other runner I feel can be in the mix is September who has failed to make an impact around pattern company, but she is on a learning curve and stepping her up to a mile should see her come on with more determination and can definitely trouble the favourite here.

The French have never won this race, in fact they have had only two runners compete in this since the turn of the millennium, this year we have a runner that will represent Freddie Head. She was last seen when finishing runner up to Soustraction who has disappointed since, however the third Wild Illusion has gone on to land the Group 1 Marcel Boussac which saw Magical back in fourth. She would have to improve a couple of pounds if she is to take the glory away from Ballydoyle.

Overall it should be plain sailing for another group success for Ballydoyle, but my concern is what are the instructions, is it September’s turn to upstage the fav for the team as Magical did, or will Happily show her class and give Ryan Moore his third win in a row? We all want to see the record broken, it makes good reading and this should be a 1-2 same as last year for the team.