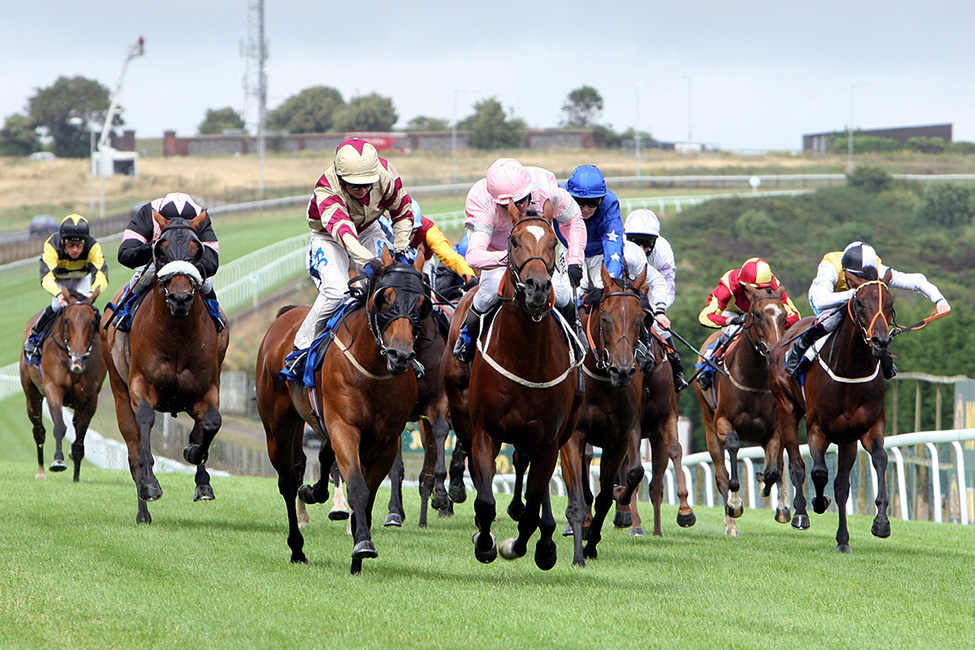 Our horse racing preview comes from Newmarket and Cheltenham. Very disappointed with the Haggas horse yesterday who could only manage a middle place effort, but the main racing has turned up this afternoon with two meetings I will be supporting.

Nigel Tinkler is very well represented here with Normandy Barriere who will surely go well fresh as he had done off a reasonable layoff with three recorded wins last season which included the Jack Berry House Handicap at Haydock. His Doncaster win was mighty impressive going away from his field in the closing stages.

He was closed for the season when performing below par in the York Coral Sprint, effectively I thought the draw bested him, if he returns in the same frame he should be there about.

Toofi brings a runner up spot from the Stewards Cup and a placing from the Ayr Gold Cup last season, his first run of the season came at Doncaster and even though he finished wayward the run was not that bad considering, a player for the placings.

A horse I have been following is King Robert, I backed him last time when winning a good conditions race at Chester last year, even though he was becoming costly to follow I typically missed my tracker when I was flagged he was running at Wolverhampton when winning well at a massive price of 14/1.

He really should have beaten Dubai One in his return back to Wolverhampton last month when going down by a neck. He is much better than that and off a mark of 95 I think he can exploit the handicapper.

Seven Heavens & Sir Dancealot set the standard here in this Listed event. The former won two of his three starts as a juvenile for John Gosden. The son of Frankel never showed that ability when stepped into pattern company when finishing last in the Dewhurst Stakes.

He became very sweaty at the stalls and just blew up from the outset and lost the race from the start, he is definitely a future prospect, but over this trip he looks vulnerable. Sir Dancealot had a busy two-year-old campaign notching up wins twice on the all-weather at Kempton before going on to land the Rockingham Stakes at Ascot.

He ran well over course and distance last autumn when touched off in third in the Group 3 Tattersall Stakes when a short head behind the likes of Aidan O’Brien’s Whitecliffsofdover who he meets again.

He was put into the deep end when competing in the Racing Post Trophy and actually equipped himself well when finishing a creditable sixth. His only win came over 6f and I have always thought 7f is a specialist index to get, for that I will overlook him this time around.

Whitecliffsofdover will get further than this, the son of War Front has his form line through the last mentioned. If he had thrived over the winter his two juvenile pattern placed runs which included behind Salouen who was beaten yesterday in the Fielden Stakes behind Khalidi, but the front two were well clear of the rest so the form looks rock solid.

Majeste is the most interesting one in the contest, his form line hooks up with Whitecliffdofdover from the Rivet form. Hannon’s runner was five lengths behind Rivet in the Champagne Stakes, and with O’Brien’s form through Salouen in the RP Trophy these two could be the best form line in the race.

I might be hypocritical on Dubai form, but I am not a fan of the formline and for that reason I want to instantly dismiss Folkswood’s chances here. Fine, he was runner up in the Group 1 Jebel Hatta, and that form was held by Muffri’ha who finished runner up on champions day on the all-weather on good Friday last week.

His wins have come around handicap company and has had more placed runs around pattern company and I would not be surprised if the trend stays. Viren’s Army has changed hands to Godolphin after winning the Dee Stakes at Chester, he is another winner from the Meydan festival when turning over the fancied Kidmenever of Charlie Appleby also owned by Godolphin.

His win at Nottingham last October came over today’s trip of 9f, that was on heavy ground, he has shown he is versatile after his win in Dubai on quick ground over 9.9f.

Sir Michael Stoute sends two here in Autocratic and Abdon, the latter won over 10.4f at Haydock last year, but that form is suspect and showed when beaten in the Doonside Cup at Ayr and was comfortably held in the Darley Stakes over course and distance on his last run. Autocratic won a maiden at Sandown last June and was just denied by Ode to Evening over 10f here at Newmarket.

Beaten out of sight on his return over 10f he was sent to York where he picked up a good purse over 10.2f when beating Great Order in a 0-110 handicap. He looks to me the best chance of the two Stoute runners this afternoon, the jockey booking is also significant.

Bravery represents David O’Meara, the Lincoln winner is an ex inmate of Ballydoyle who failed to shine winning just a maiden over a mile from double figure starts.

He is definitely no forlorn hope here considering the Lincoln runner up Oh This Is Us nearly pulled off large bets from the Lincoln when Ryan Moore would have smashed many six figure bets. The runner-up though went on to win a valuable handicap at Bath recently and for me Bravery could be a nice type to win a few handicaps this season, the question is can he cut it in Group company? I am willing to give him a serious chance.

It’s times like these I detest to see trainers put two in the race, no doubt they both will be trying on their own merit, Aidan O’Brien saddles both Roly Poly and Brave Anna.

The latter looks the pacemaker for Moore on Roly Poly. But Heffernan is no mug as he showed when beating stablemate in the Group 1 Cheveley Park Stakes last season. The Albany Stakes winner has tenacity, speed and a good turn of foot, she has entries in this year’s 1000gns on UK and Irish soil.

Roly Poly took last year’s Cammidge Stakes over 6f and runner up in the Lowther when behind Queen Kindly. She reversed that form in the Cheveley Park, her disappointment at the Breeders was a surprise, but she returns fresh and entered with stablemate for the 1000gns, she had a busy juvenile campaign and my concern is if she peaked too early.

Two against the field are both French raider Pamplemousse and Andrew Baldings Poets Vanity. The former represents Andre Fabre who won well on the all-weather at Chantilly on her first race course start.

She is lovely bred by Siyouni out of Acatama, she is not here for a day out and she could be an interesting one to follow this season based on her pedigree. She could be heading for the French 1000gns this season if she shows a pleasing transition oh her first three year old start.

Oisin Murphy will thrive this season on the turf and the young man gets a leg up on one that’s of interest, being Poets Vanity. She is 2/3 which included taking the Group 3 Oh So Sharp Stakes over course and distance as a juvenile.

She is one to keep a close eye on if her transition and winter has gone well, but she will have to step up to beat the French raider this afternoon.

Bypassing Aintree, this is very good chance for Dan Skeltons It’s’afreebee to bounce back to better form that saw him placed in last year’s Neptune. He does have the tendency to switch off in a race which has cost him in jumping errors and more success.

Again, we have seen some poor runs from Nicky Henderson’s entrants since the festival has gone and Nicholls is doing no better. Henderson has Divine Spear in this who finished a good third off 127 at the turn of the year.

He has run creditably since finishing second at Ascot behind Air Force One and went to Kempton to once more get bested but is by a useful type in Brio Conti of Paul Nicholls, who went on to finish a good fifth in the Mersey Hurdle.

Drumcliff looks to be the danger to all, the Harry Fry six-year-old is by Presenting who had failed to get his head in front since winning a bumper. He brings a Listed run to the table from Musselburgh when finishing fifth in the Scottish County Hurdle. He will have to step up again, but has the right pilot on board in Noel Fehily.