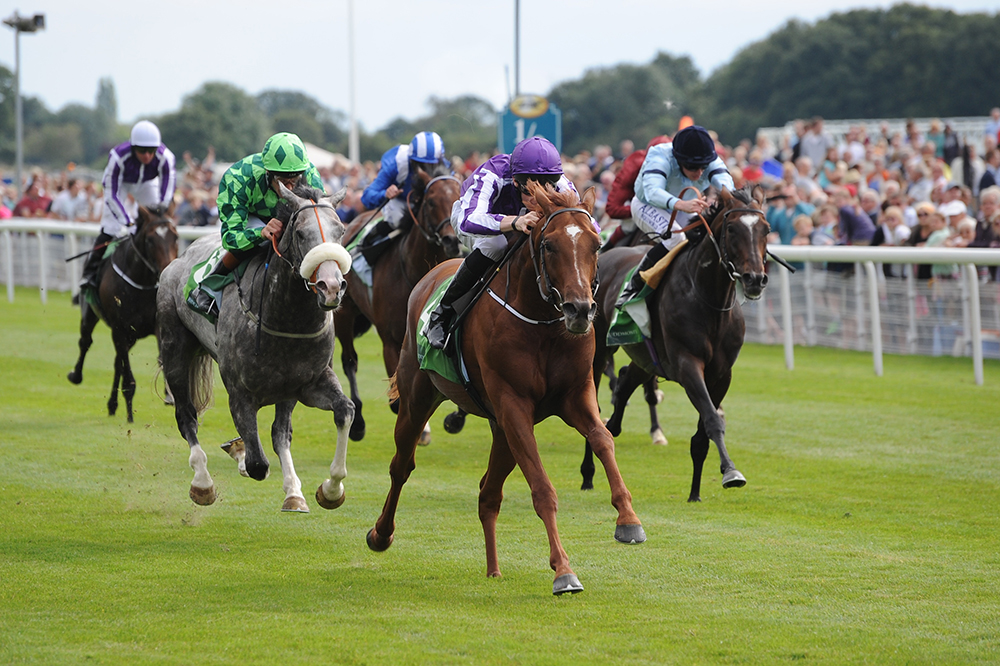 Today’s horse racing preview comes from Newmarket, with 3 selections across the card. Wednesday came as a complete washout after some questionable performances, but no point in sitting here complaining about it, it is what it is for the start of the flat season. Let’s get down to it and hopefully the run of the green comes our way.

There looks solid value in the race with Mark Johnston’s Rich & Famous who won over course and distance last August. There was something amiss when he finished last in the Listed Rockingham Stakes on his last run as a juvenile.

I would like to think there is more to come from the son of Bernardini who showed promise on his first run which has thrown pattern winners. There are a couple of serious dangers in the race, probably more so from the Roger Varian Victory Angel who has run two good races at Doncaster which resulted in a placing in a maiden when behind Tafaakhor who recently won at Brighton.

On his return to Donny, he won decisively when landing the Cock of the North maiden, Castlecare ran well when fourth in the Listed JLT Stakes at Newbury and drops back to 6f this afternoon.

David O’Meara introduces his Range Rover Hcp winner from this year’s Dubai carnival in Salateen who has been improving with every run this year which has seen him win the Listed Wulfruna Stakes on the all-weather and at the all weather championships, ran third to the useful Sovereign Debt.

Salateen won over course and distance back in the autumn in this company in a 0-105 and make his presence felt under Ryan Moore. Tabaarak has been bumping into some useful types which has included the likes of pattern winner Thikriyaat and Atlantic Sun who won on the all-weather in France.

The Hannon runner has been gelded and should settle more into this race, with a decent draw in stall 2 and current champ Jim Crowley taking the ride. The biggest danger to all is John Gosden’s Castle Harbour. After winning his first two races of his career which included over course and distance, a good run in the Jersey Stakes when sixth and built on that when third to Sovereign Debt at Doncaster which saw the likes of Kimberella back in fifth. That form has turned out solid with Kimberella notching up two wins from the new campaign which included the Sprint Championship win at Lingfield.

Castle Harbour ran terribly in the Doncaster Stakes on seasons re-appearance but drops bank to 7f this afternoon which should sharpen him up, Frankie Dettori is riding with confidence, notching up two winners yesterday which included the Nell Gwyn.

Last year’s Racing Post winner Rivet turns up her for William Haggas, the smart son of Fasting Rock has some big engagements on the racing calender in 2017.

He was put in his place by Churchill in the Dewhurst when finishing a fading fifth and I am not expecting any improvement on his first appearance, but had to be respected on the back of his juvenile form. One they all have to best is Aidan O’Brien’s War Decree who I think will win this year’s 2000gns.

Yes, it’s a bold statement, but we are only a couple of weeks away from the first classic of the season. I watched his Superlative Stakes run here last year and even though he was beaten by half a length on the day, the improvement was swift when reversing his defeat to Boynton in the Group 2 Vintage Stakes.

The runner up is the horse to take the form line on. Thunder Snow this year has won the Group 3 UAE 2000gns and the Group 2 UAE Derby and would be interesting if turning up at Newmarket in two weeks’ time for a possible clash with War Decree who is sired by War Front, a classic star in the making.