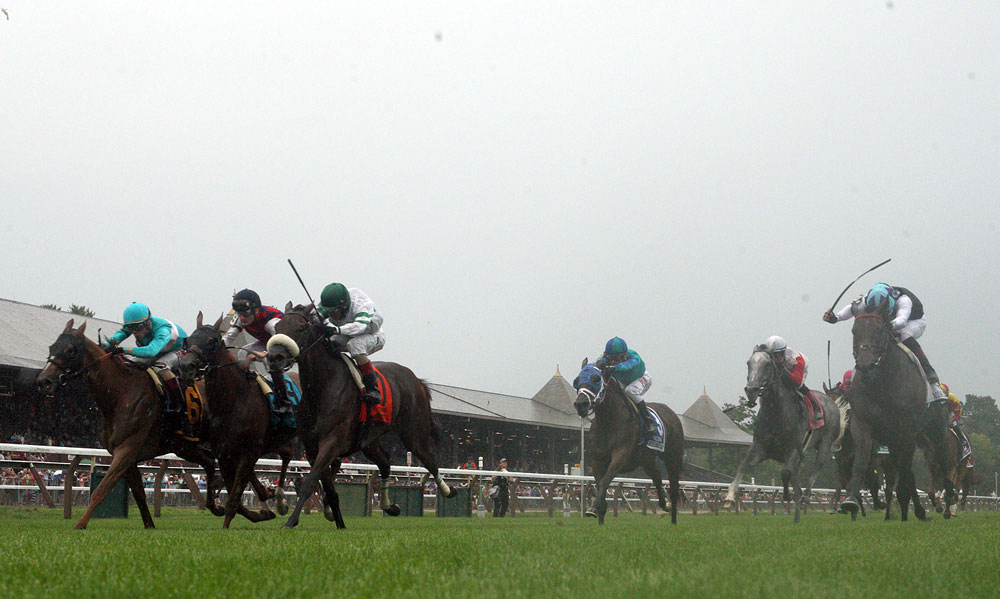 Today’s horse racing preview and the rest of the week, we take on Newmarket and the Cambridgeshire Meeting. With six black type races to be involved in which includes two juvenile Group 1 contests, the Cheveley Park and Middle Park Stakes. And not forgetting the Cambridgeshire Handicap.

What I have seen recently on the results of previous big races the form has been switching to and from and nothing has really been consistent enough, hopefully this is about to change when Roger Teal’s Tip Top Win lands the spoils.

Tip Top Win, who’s Flying Scotsman Stakes win is the best on paper here, looked to have plenty in hand when going away in the closing stages at Doncaster to beat the tough Tigre Du Terre by two lengths. Tip Two Win has not only been surprising people since winning at 20/1 on debut, but he has been transforming his ability to the track which for a forward juvenile is what is required here at HQ.

But there are significant dangers in this and this should come from both of the Hannon pair in Albishr and Tangled, the latter has to be feared off the back of his course and distance win when landing a Nursery. However, his last run was disappointing when only finishing ninth after showing much potential to win at York prior. If he has overcome that he has to be the most over priced entry for Richard Hannon here at around 12/1, especially as the trainer took this race last year with Larchmont Lad.

Albishr, again from Hannon stable who’s juveniles have been showing some improvement once more, showed determination when battling all the way to the line in the Stonehenge Stakes at Salisbury to be just denied by Mildenberger who rates highly in the Johnston camp.

Question is, has he improved enough from his first run over 7f to his second? Looking at the times and splits he has shown slight improvement, the third Tigre Du Gerre has ran well again when finishing runner up to Tip Two Win at Doncaster.

One I have shied away from is Mark Johnston’s Elarqam, now his pedigree speaks for itself, by Frankel (147) out of Attraction (127), and on that evidence we might see another star. The way he went about his business at York was impressive, the ground will be quicker this afternoon, but the third Buckstopper Kit won at Beverley recently, as has the fourth, Fighting Irish who won a 0-80 by five lengths. Obviously big things are expected for this £1.6m purchase, but today looks vulnerable to a proven winner.

Tip Two Win has to be respected from the Listed Doncaster win, the Hannon pair here also come into this well prepared and in form, especially the selection Albishr who I feel can get the run of the race under Ryan Moore now dropping back to 7f, Tangled returns to where he scored over course and distance, but does look second string material here. Elarqam has a big price tag to over come and a big pedigree, wont find things easy here.

Not the biggest fan of long distance flat races, however Amanda Perratt’s Arch Villain comes into this unexposed, his first run back for over a year saw him showing instant form when staying on at Ascot finishing fourth in this years Ebor. Now he might still need another run in him before he is fully wound up, but is very capable of a big run again now with Jim Crowley booked.

The form horse is Roger Varian’s UAE King, who has landed three races this year which included a 16f success at Ascot when landing the John Guest Brown Jack Handicap, has won on good to firm but over shorter trips. The older generation he takes on here look vulnerable I have to say, and could find this an easy task, but I feel confident that Arch Villain can run a good race once more and at a price is back-able each way.

Luca Cumani’s Rigoletto. I put this horse forward at the beginning of the year, a horse to watch out for in highly rated handicaps and has done himself justice.

He is three from six on the level this year which have included taking a 0-85 handicap over course and distance when ridden under Adam Kirby. Then Jamie Spencer took over and the wheels started to fall off, beaten on his next two outings when beaten twice as favourite. I have made it known on many occasions I am not a fan of Jamie Spencer at all, I just feel his laid back attitude when riding from the back to get beaten a short head is poor judgement of a horseman as he has got beaten many a good horse doing it.

However, he got it right when travelling easy into the race at Chepstow, he cruised into the race and pulled clear in the final furlong to record a four and a half length success. Hammered with an 8lb penalty for the success, and now I have doubts taking on better horses this time around. One I do like a lot in this is Amanda Perratt’s The Warrior, there were if’s and but’s when runner up at Kempton last time and is a tricky customer to catch right, however holds ability to be involved in this contest off a mark of 88 if bringing his Goodwood run to the table.

Reach High caught the eye when winning at Ascot, taking the scalp of super sprinter Harry’s Angel and has not been seen since due to injury and training concerns. Comes back to have his first run for over eighteen months and now steps out of sprinting to 8f, be interesting to see where they are at with him, Oisin Murphy a positive booking. Charlie Appleby’s Night Circus disappointed me when last seen, just one pace and has not come on since landing the Wood Ditton.

Sun Lover has a string of runner up spots to his name, again a concern climbing up in the weights and not winning, His Chester run was probably going backwards than forwards, but an excuse that he ran well from a wide draw. We could judge him on his Doncaster run, but that race has started to have flaws, looks vulnerable now in the handicappers grasp.

With so many if and buts about this tight race, Rigoletto could be exploit it despite his 8lb penalty. Reach High is unknown stepping up in trip and a long absence, The Warrior never found a passage last time, could be the dark horse in the race. So really this is another good opportunity for Rigoletto to land the race if everything pans out for him, can Spencer get it right again?