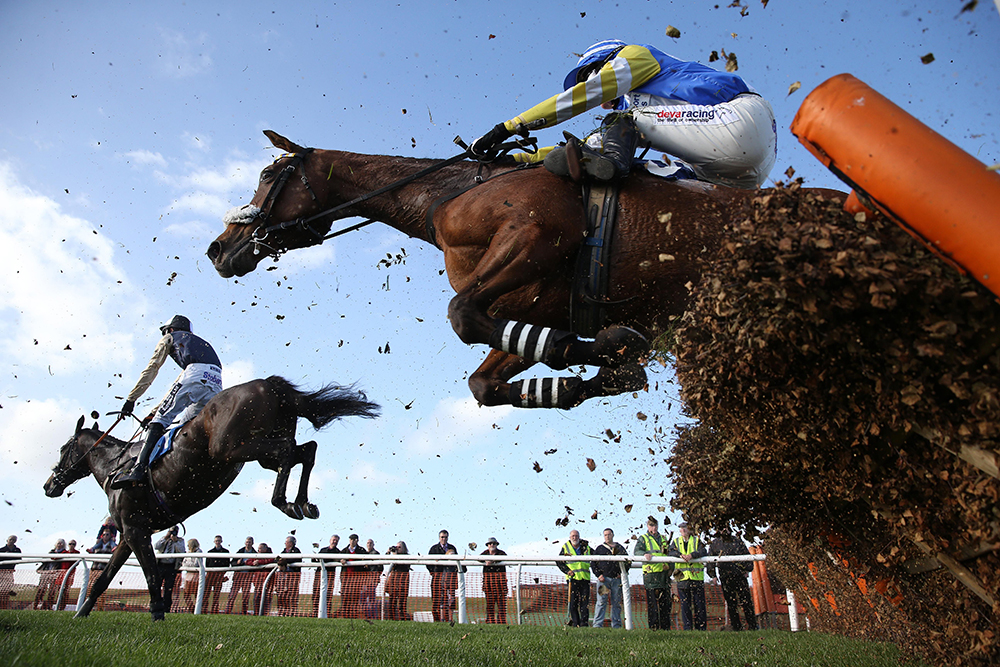 I was at Hexham to see Pauline Robeson’s Martiloo finish a close third behind Miss Conway, the runner up Brother Scott has franked that form recently. Martiloo was staying on with purpose that day and I would like to think despite going up into better class of a race he should adapt with confidence off his current mark of 100.

Jackie Stephen’s Welcome Ben won here back in May by eight lengths, he had the field very strung out that day and if in the same mood after a six-week layoff, he has to be feared the most, but does have to overcome a 9lb penalty.

At the top of the weights here is Kenneth Stacks Bell Weir who on paper is 2-23 over hurdles which does not look interesting reading. With spells with Eoin Doyle, Dianne Sayer, he is now trained by a trainer that deserves more recognition, despite being 0-7 since making his way to the new surroundings he is still relevantly unexposed around this code. Claimer Robert Hogg has ridden on the past three outings, but he has been running over a lot less than he is capable of and stepping back up in trip to two and a half miles I feel will go very close.

Main dangers look to come from Urban Code and Green Zone with the former the more of interest for Lucinda Russell, two good runs over course and distance this year, but steps into a new class and worth noting in the market from a gambling stable.

After a nice bumper winner tipped up yesterday I am looking for 2-2 around this sphere this year with Tom Lacey’s Ridgeway Pearl. A nicely bred filly by Malinas and half-sister to Tara Road who also won around the bumper sphere on her second start, the selection would have preferred maybe a bit more rain, however, big chance with Aidan Coleman booked.

Best of the rest, with not many outsiders over the past three years of this race winning,  it looks between the top three in the current market, Martin Keighley’s Spice Girl won well at Stratford on his second career start and regards respect, the main danger though looks Ben Case’s Oksana who finished third on debut at Southwell and should come on as will debutante Nicely Done who is by a soft ground specialist sire in Mahler and half-sister to impressive bumper winner Nicely Indeed so also warrant’s respect.

The surface has been reported to be very much on the slow side which should play into Roger Charlton’s It’s Not Unusual. The disappointing running of one of his horses yesterday I thought was a selfish move running a horse that was never going to get the trip, my meaning is I think if the yard has one ready especially a filly, they tend to run them on the all-weather, and what better place than Kempton.

She is by Exceed and Excel who ran his races on good ground, so this slower surface should not inconvenience her, out of Welsh Anthem so I am predicting the selection will want further than this sooner than later, she is on a learning curve, but at 5/1 an each way bet for me.

They all have to beat Billesdon Brook this evening which has seen Hannon book Ryan Moore for the job, with three placed runs she should really be winning this contest, but she is also vulnerable to a couple of interesting newcomers none other than Sir Mark Prescott’s Frolic who is by the sire Dutch Art and have a prolific record around Kempton with debutante’s.