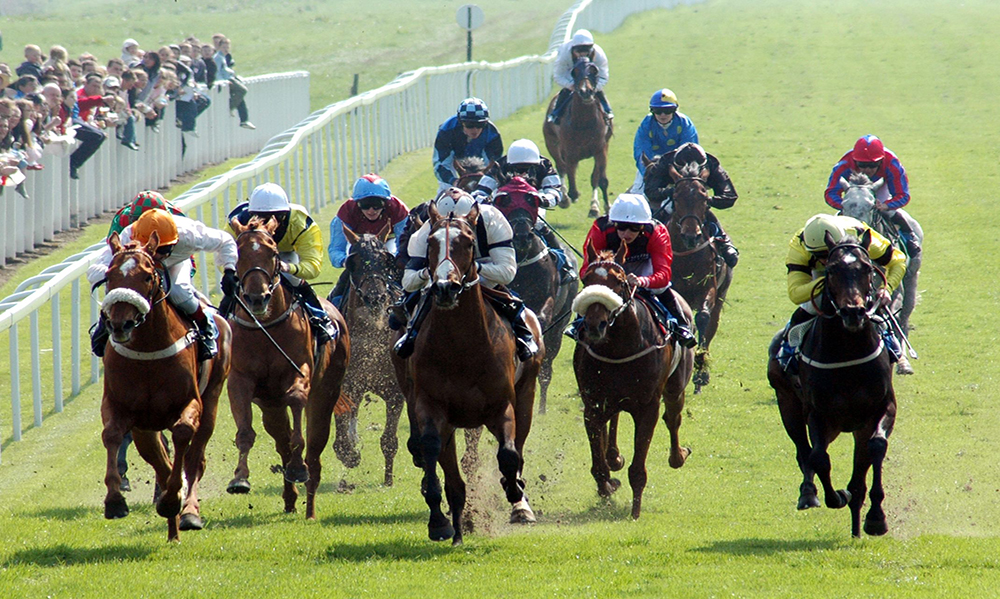 Today’s horse racing preview comes from two meeting’s in Ripon and Market Rasen. Yesterday’s selections could not have gone any better with a 150/1 treble landed with Visionary, Defoe and Ribchester and respectable odds.

Before I get on to the blog, I would like to pass on my condolences to the Swinbank family after the sudden loss of trainer Alan Swinbank. A trainer for me who did not get enough coverage as a trainer, he will be missed I am sure.

Not the greatest of contests to start the day, but a trainer that has been amongst the winners recently is Jedd O’Keeffe and he saddles here Urban Spirit.

Despite showing nothing as a juvenile which is not that much of worry as I actually thought his fifth on reappearance at Catterick was a tight finish on the day with only three lengths covering all eight runners in the race. It was his first of the season and should come on I feel for a trainer in form.

Best of the rest looks to come from Kroy who has the booking of Paul Hanagan once more. Has run just the once over today’s index finishing third of nine on the all-weather at Newcastle in a 0-70 contest.

His first appearance after an eight month layoff cane at Thirsk when finishing fifth of thirteen, going behind by just over three lengths. Drops in class and attempting 7f once more, interesting.

David O’Meara’s Warm Love looked more backward than forward on his transition run at Pontefract when only finishing third of five around the maiden sphere. He showed promise as a juvenile with two second finishes at Thirsk and Beverley.

Drops slightly in trip this afternoon and makes his handicap debut off a mark of 73 and we have to look at his Beverley run when behind Areen Heart who was only just denied in this company on his follow up run. I don’t think there is much room off this mark on debut and will have to step up.

One I like is Willie Haggas’s Alshibaa who had three runs as a juvenile with some encouragement when six lengths behind recent 0-85 winner Crowned Eagle, being by New Approach he should be getting further than this, steps slightly up in trip once more, should be on the premises on handicap debut.

Lucy’s Law improved on her second start when runner up to Helovaplan at Thirsk in a 0-70 handicap, she steps up in trip this afternoon and is not a stranger to the course.

A case can be made for most of these, but the fact that Charlie Mann’s Gowanauthat has been pulled on three occasions over the past two weeks means they either need to get a run into him or they have found a good opportunity off his 130 rating.

With five chase wins last season, two coming this time of year he has improved at a serious rate which included winning a 0-140 chase at Stratford.

This is probably his minimal trip these days, but is capable off his current mark of 130. Just the two runs under his belt this year, looked the winner when unseating today’s pilot in the Topham,.was just denied when beaten a neck in a 0-140 last month, it looks like they have been wanting softer conditions.

Baby King will relish the conditions most after his heavy ground win at Wincanton. Steps into new territory as the trip is concerning so it’s on trust. We have to recognise Dan Skelton’s Yorkist who ran well at Stratford last time and is another that won’t mind the underfoot conditions, but Gowanauthat still looks well handicapped.

I am very sweet on Robert Cowells Southern Belle in this. She’s a filly that I think is ground dependable and will prefer the ground this afternoon.

Two runs under her belt this year has seen her fourth on both occasions, 1-2 over the index when in fact she’s 1-1 as the ground went against her on her last run of 2016 at Pontefract.

If she doesn’t turn up then Les Eyre’s Sandra’s Secret has to be feared. She has shown better form around the late summer months, but off her current mark, she has to be respected.