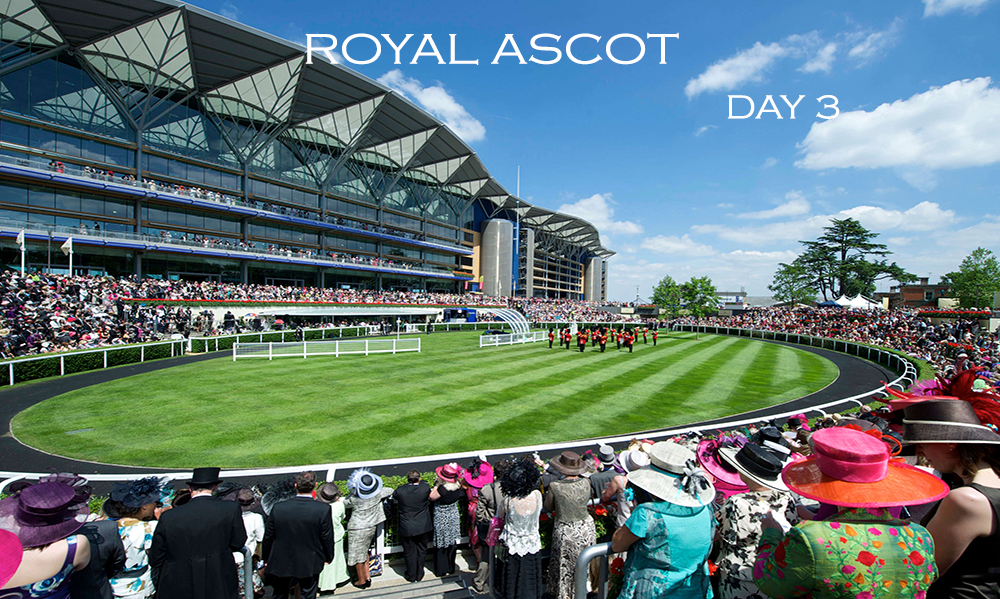 Today’s horse racing preview comes from Day 3 of the RoyaI Ascot meeting (Ladies Day). feel a good day is on the cards, with quite a few of my tracker horses going at Ascot let’s hope for a lucrative return.

I was impressed at York last month with the way Santry picked up in the heavy conditions to go on and win in good style. There were a few burnt bookies that day with 4/1 open going to 9/4f within seconds before the off, he obliged and I feel there is more to come now the ground is on the good side.

Always a danger is a Wesley Ward entrant, they are represented with Mcerin who comes off the back of a surprising defeat at Churchill Downs, this will be his turf debut and I will be opposing him.

Best of the rest, It Don’t Come Easy finished a good runner up spot behind the selection at York and will no doubt be on the premises.

Ballydoyle are looking to land the spoils for the third time in four years. Alluringly Is their sole entry in the race, she is progressing into a nice filly since the transition. A good second in the Chester Oaks, and backed that up with a massive third in the Epsom Oaks, back in fifth was the selection Coronet.

Coronet has a fair bit to make up with Alluringly, but she is still coming forward and with an eye-catching booking of Olivier Peslier speaks volumes. Michael Stoutes Mori I feel is a little more of backward filly. She won her maiden here at Ascot over 10f, and sustained that ability when following up at Goodwood, commands much respect, well anything by Frankel has to be.

The top three in the market I am more interested in, firstly Richard Hannon’s Son of the Stars, with two wins either side of his juvenile career, made his turf debut last month and ran well to finish runner up in a 0-105 beaten a head, leading contender.

Sir Michael Stoutes saddles his unbeaten transition three-year-old City of Joy. Already gelded, this son of Elusive City’s win at Chelmsford was top notch, has to be thereabouts at the business end.

I have opted for the third favourite though in Leaders Legacy who is unbeaten since the transition, his win at Newbury in a 0-95 looked comfortable, the fact that Godolphin are in good form and also a good bit of business getting Gerard Mosse on board.

A very big fan of John Gosden’s Tartini to go very close this afternoon. Even though she has not shown the same attitude since winning her maiden on debut, both her runs in the Lingfield Derby trial and followed up with a good fourth in this category at Epsom this month, will go close for sure.

Atty Persse was a beaten favourite last time out at Haydock, he is another progeny of Frankel whose odds are always going to be at the top end of the market. They are pushing their limit though over a trip that not even Frankel went beyond.

As for the rest, I would not put anyone off backing Charles Hills Never Surrender whose maiden is better than it looks, Bristol Missile has recently franked the form as has the fourth and fifth.