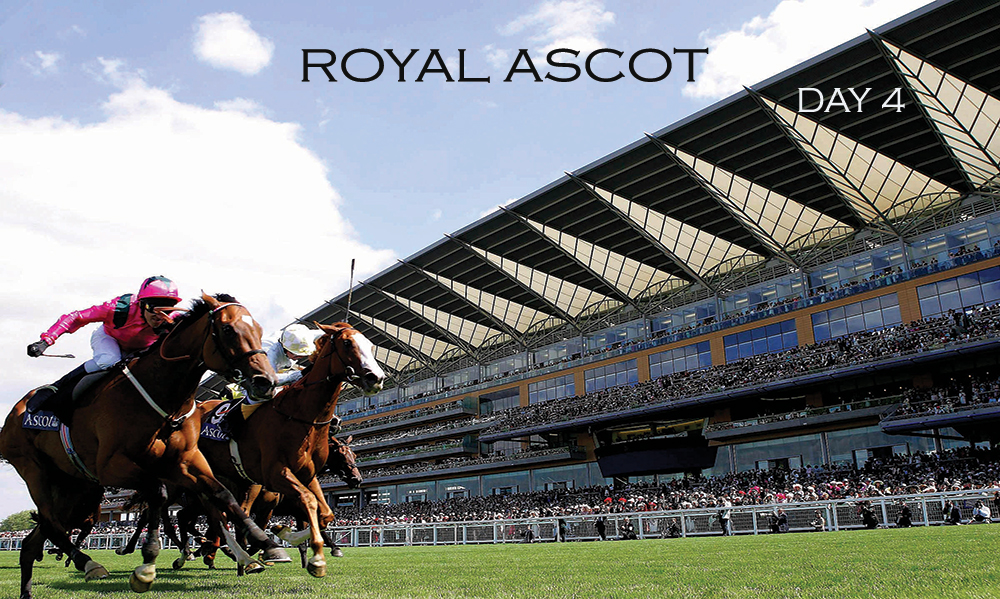 Today’s horse racing preview comes from the Royal Meeting, Ascot. It has not been the best of Ascots for the blog, just the one outright winner with Coronet, but we have to keep on plugging away.

If I have my fractions correct then I would have to put Jessica Harrington’s Alpha Centauri as a good thing. Her last win came at Naas when thrashing her nearest rival by five lengths.

Her debut is the run I am most interested in, she clocked a really fast time at Naas, even her return run on soft ground was only three seconds slower, still a quick time against this mob.

Crystal Ocean sets the standard after his third in this year’s Dante. He is by prolific Group 1 winning sire Sea the Stars through the bloodline of Mark of Esteem , this trip looks made for him.

However, I do feel at a price Best of Days for Hugo Palmer can mix it up here. It’s a very wide open renewal and Palmer’s Royal Lodge winner can show his class now stepping up to 12f trips.

Best of the rest, St John Lavery who beat the likes of Haripour by seven lengths at Gowran Park, never adapted to Lingfield when labouring back in sixth and beaten before half way last time, can bounce back now back on turf a big player.

After seeing another odds-on shots beaten from the Ballydoyle camp I am going to take him on with the boys in blue smart sprinter Harry Angel.

He could not be more impressive when breaking the Haydock track record when landing the Sandy Lane Stakes. The form is holding well with the third Mubtasim running third in the Jersey Stakes this week and Carraveggio will have to be at his best.

Another Godolphin representative is Blue Point who actually impressed me when landing the Pavilion Stakes over course and distance last month. Back in second was Harry’s Angel one and a half lengths off the winner’s pace, but will find it a lot tougher holding that form with Harry’s Angel this time.

Carraveggio needs no introduction, 100% race record intact he will be going for his sixth career win in a row. He is also attempting to achieve what three past champions have produced this week and win again after landing last year’s Coventry.

His only run of 2017 saw him land the Group 3 Lacken Stakes at Naas, that was on soft ground, I feel he will have to find at least a length with Harry’s Angel on what the speed ratings have produced.

Time to Study definitely sets the standard after his win in the Edinburgh Cup, a race that was franked just yesterday with Alabaster winning at Chelmsford.

Even the third had franked the form this week at Ripon and back in sixth Cray gave Alabaster a good race yesterday, very hard to oppose.

As for a lively outsider, Dermot Welds Haripour has to come into the equation. His facile win at Navan has seen the form franked by the fourth and seventh place finishers who have gone on to win.