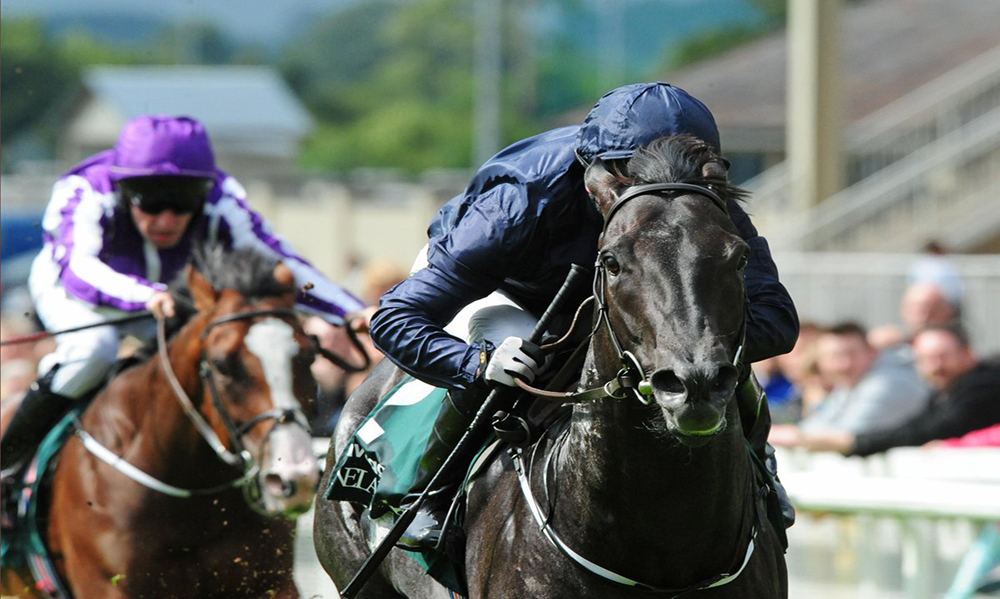 Well what can you say about Green Fortune’s run yesterday, is he a pattern horse in time? I cannot see why not, but for now more than capable running well on the juvenile calendar for the season as he was not that knocked about staying on in the closing stages. On a good note, a nice double landed with Foxy Boy and Hey Gaman doing the business advised at much bigger prices, sadly though the forecast never came off as Falcon’s Vision was out classed to finish third.

A very open handicap to start the proceedings at Sandown this afternoon, one in with a big shout is Clive Cox’s Seeking Magic. Despite not recording a win for over eighteen months he has not been running badly, in fact his third at Nottingham last time out would definitely put him in the each way category. Clive Cox won this back in 2014 with Milly’s Gift when ridden by a claimer at the time Ryan Tate, this time around he gives the chance to his son William who has just got over a serious fall on the all-weather when sustaining a hairline fracture to his jaw.

He gets the chance here and is a jockey in a bit of form winning on 2-6 mounts which included a winner at Yarmouth yesterday. His 7lb claim is definitely going to make all the difference and has dropped back to his winning mark. Others to think about are Stuart Williams Shamshon who was seen last autumn winning a 0-95 handicap at Ascot when trained by Jamie Osborne. Joined his new yard at the turn of the year and is still looking to get his head in front, he is still 5lb lower than his Ascot win so has to be respected at this level.

The two progressive types in the race are Zac Brown and Fethiye Boy, the latter trained by Ronald Harris has won three of his six starts this year, his win last time out at Bath saw him overturn the odds on favourite Jashma, another 6lb penalty might not stop his progression, Zac Brown has been on the go since the turn of the year, winning three times on the all-weather and then two runs back when scoring at Goodwood in a 0-85 Handicap, however he was beaten last time at Musselburgh under his 6lb penalty, but still a good run in a competitive 25k race.

With Zac Brown and Fethiye Boy still knowing where the winning line is, it’s hard to oppose them, but I I am going to play each way here with Seeking Magic, as he has slipped to a good mark, has not been running badly and young jockey on board with a valuable 7lb claim and in form.

Robert Cowell’s yard saddles a nice bred colt here in Dazzle Gold. The sire Lemon Drop Kid won a Group 1 on debut over half a furlong less as a juvenile when landing the Futurity Stakes, he never proceeded that potential when beaten over this trip when only finishing fifth in the Breeders Cup Juvenile. It is a sure thing that he will be green on debut and that the trip on paper could just see him out, will come on for the run no doubt, Morris does not ride that many juveniles for the yard, also the yard are not really re-known for hitting big with their two year old’s.

Charles Hills has pitched in the hotpot here in Mutakatif, I put him up a while back when running second on debut, I deserted him on his second run when beaten at Newbury, back in third was Barraquero who recently hacked up by six lengths at Chepstow, om paper he is the one to beat.

Others to consider is Simon Crisford’s Nobleman’s Nest who is also making his debut. This son of Dark Angel should have no reason to run a sound race under today’s pilot Harry Bentley who is 3-12 this month on winning mounts, but as the winner goes I am sure he is here to ride Roger Varian’s Obeya in the next who is strongly fancied to make a winning debut.

However, the one I have sided with here is Kevin Ryan’s newcomer Jungle Room, the son of Futurity Stakes winner Violence who was only beaten once as a juvenile which came in the Fountain of Youth Stakes, only concerns is can he handle the turf, with the sire only competing on all weather it is a slight worry, but regardless nice pedigree through Giants Causeway so in time he will be wanting 8f.

I cannot look beyond the front two in the market here, Havana Grey on the bias of the draw takes the vote over Roussel and Formidable Kitt. He was seriously out of his depth when finishing mid-field in the Norfolk Stakes which to be fair was a hot renewal. We would have to reflect his run when winning the Listed National Stakes here over course and distance, from stall 1 he bounded out and won well from pillar to post, the second home from stall 2 Frozen Angel finished six places ahead of him in the Norfolk, he has bagged stall 2 here which should see him once more bound out to make all on the rails.

Roussel looks his nearest rival, he has been put in as the 7/4 favourite here for Charlie Appleby and James Doyle. He was just denied in the Windsor Castle Stakes going down by a neck to stablemate Sound and Silence, however the draw has not been kind to him from stall 9 and will have to get across very quickly as Havana Grey will be gone.

Formidable Kitt could chase the pair home, though way down the field in the Queen Mary he does have plenty of speed and with only seven lengths between him and the rest of the field in front of him is not a forlorn hope. Dropping to this level could see him rekindle some ability and has bagged a fairly good draw in stall 5.

Again, I cannot overlook the top two in the market with the favourite at the moment as I write this, being Roger Charlton’s Ayrad, I actually fancied him on seasons re-appearance when running fifth in the Wolferton Handicap at the Royal meeting. It was his handicap debut and even though Ryan Moore had to come widest of all he stayed on with purpose and was probably the eye catcher of the entire field in the closing stages.

This trip is probably slightly on the short side for him as he does stay a mile and a half, this is definitely a drop-in class compare to what his resume shows. His nearest rival comes in Charlie Appleby’s Kidmenever who finished in front of the selection at Ascot, but with Kidmenever having to concede the 5lb back for just three parts of a length its going to be tough to hold the form.

Ryan Moore prefers Spark Plug this afternoon over Ayrad, ran below par when finishing fifth in the Listed Ganton Stakes at York, the trip was far too short and it looked a play of sharpening him up with this in mind, Ayrad beat him in this last year and I just feel Ayrad has more to offer now having a run under his belt.

I am boldly going to suggest a win Round Robin on the star highlighted selections (****), every day we are hitting the bar but its going to come off, today could just be the day!