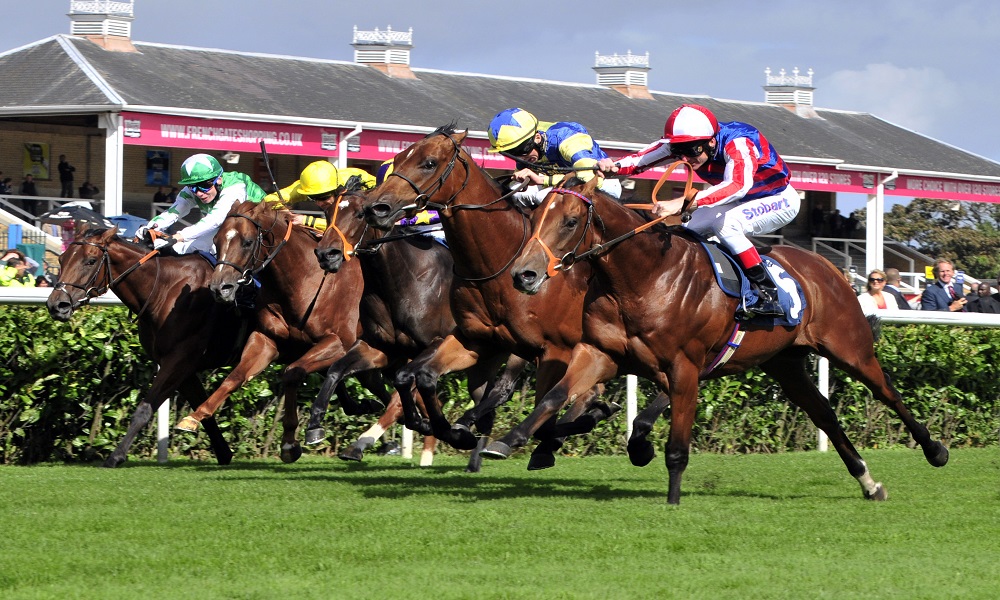 Today’s horse racing preview selections come from Windsor. On another note, what a cracking weekend of racing we just had, some disappointments and some jubilations especially Cracksman who was so impressive winning by seven lengths, Persuasive toppled the big boys in the sprint and finally Order of St George got his win, with O’Brien taking another Group 1 success as Hydrangea landed the Fillies and Mares and looks set for Breeders Cup.

One to notebook on the day was Lord Glitters, an amazing ride from Danny Tudhope from last to first to take the Balmoral Handicap.

I put forward MikMak two weeks ago when just being denied at Nottingham, it was his best run to be fair since finishing runner up in a 0-80 handicap at Bath back in August when behind 97 rated Anythingtoday. The drop back in trip and the fact he was getting his ground for the first time for months showed how unlucky he was, once more they have kept him at the 8f and the softer the better for a bold show again under Dougie Costello.

Wimpole Hall is actually having his first run of an ending season, last seen September of last year when finishing mid table in a 0-95 handicap at Newmarket, that race is starting to work out quiet well with the runner up placed again off 93 & more recently 88, in fact most of them from that race have all run well in the mid nineties. Question, does he go well fresh? Not really as he has needed a couple of runs to find the winning enclosure, but cannot be discounted with not that many miles on the clock for a four year old.

Now on to the selection, and this horse has been so far out of form its mind blowing that he has dropped into this category. It’s been a long while now since he won two 0-90 handicaps at Sandown last summer, in fact he won five of his ten starts that year which included a 0-85 handicap over course and distance, but this year has been a change of events, 0-11 with only two placed runs at Sandown and Newbury, the plus is they came in better company and the fact he has not been beaten that far in them races suggests somewhere there is a win waiting to happen off his current mark of 83.

David Probert has been in blistering form over the past fortnight and rides here for trainer Mohammad Moubarak, if you are not familiar with the trainer, he used to train in his own right in the early nineties and moved to Florida training some big Group 1 winners. Groor has not really come on to success since landing a valuable handicap early last year at the Meydan festival, the once James Tate trained five year old is on a losing run of sixteen and now drops into a moderate overly exposed 0-70 handicap. Now officially rated 72 he should be really making some of his old class tell in these races, however he has failed miserably and drops another class, at this rate he’ll be in a drastic 0-55 handicap for horses that are just going to be a bit of fun.

This is only the second time Probert has ridden then horse and I would say he coached him nicely when finishing sixth last time at Lingfield, his turf mark is much higher than his all weather, but to win this race having to give weight all round is not going to be easy. Ed Walker’s Sky Marshall could be the interesting one here. With only just the three career runs behind him he has improved slowly but successfully and showed a good attitude when finishing fourth of twelve at Chepstow.

There was no getting to Roger Varian’s runaway winner Ashwaas on the day who blitzed his rivals comfortably, but there is improvement there and to be honest I would be surprised not to see him fighting out the finish, however one that really looks well handicapped here is Mitigate of Jane Chapple-Hyams. He has not thrived since his maiden win at Leicester earlier in the year, and was probably pitched into a Listed race at Saint-Cloud for a day out. He has achieved today’s rating purely off his third of four against Rodaini (100) & Hugin (89) beaten just under four lengths. I would like to think that the new surroundings is coming together slowly and Hollie Doyle takes the 3lb claim off his back once more.