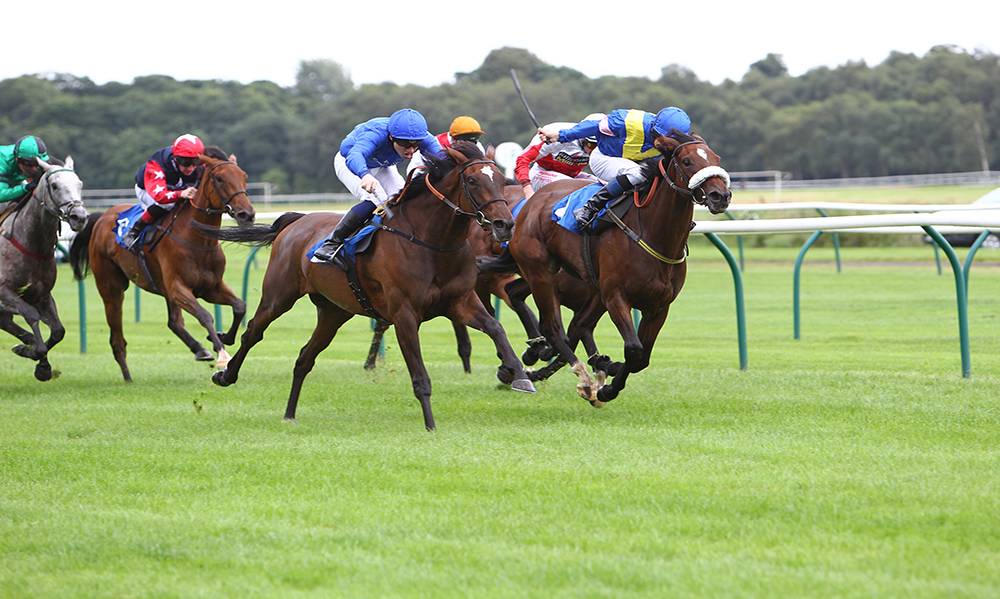 Today’s horse racing preview comes from York, Chepstow and Navan. Just the one winner yesterday with Cardsharp which won nicely in the end, advised at 12/1 and a bit of money came before the off to be backed into 8/1, as for the other two selections these were mighty disappointing indeed. I will be at York this afternoon so hoping the guide is successful for the winners.

Sixteen runners currently hold their ground, but sadly being a pattern race we are only offered the first three places. Now as I did yesterday, I think there are two cracking chances in the race which includes a double figure price. On to my first selection for the race which comes in the way of the continent contender Artistica who was impressive when landing the Group 3 Silberne Peitsche clocking a sub 69 run on good ground at Baden Baden back in May, if she brings that kind of timescale here they are going to see just her hide going on by.

The second selection is Mystic Dawn, I had her priced up around the 16/1 bracket so to see her at 25/1 is far too big in my opinion. She went on from her debut win at Brighton to just lose out in the Group 3 Dick Poole Fillies Stakes at Salisbury on her next start, but after that she went a miss and could not hold the form. Her final juvenile run saw her finish third in the Listed Bosra Sham Stakes at Newmarket, but failed to come close since coming into her transition at three.

She has plenty to find with Artistica from their Kilvington Stakes run at Nottingham and has not been seen since finishing mid division in the Listed Cecil Frail Stakes at Haydock. Potentially she could bounce back at any time, a good enough draw in stall eleven should not be a minus, if repeating her juvenile status, she has a place claim here under Stevie Donohoe.

This has been passed on by a good friend of mine in Simon Crisford’s Shaya who is apparently well respected at home. She is by Invincible Spirit out of the Listed winning mare Nidhaal, plenty of speed on both sides of the parents and let’s hope for a big run, the advisory was to take the 4/1 on offer as it’s going to dry up quickly.

Some of the main market principles in this race look very average and could be vulnerable to a newcomer here in I Am Power, the trainer and jockey reaped success in the first running of this race last year with Giselle’s Charm, and could hold the aces once more.

He is the son of prolific juvenile winner Power who only lost twice as a two-year-old which came in Group 1 company, runner up in the Dewhurst and Phoenix Stakes there is a lot to like about the pedigree the dam was retired early when trained by Jeremy Noseda and has produced only two off springs in her time, however he is bred for speed and at 5/1 looks an each way bet to nothing.

Verhoyen is looking exposed and has had a few chances now to get off the mark, so the main danger looks to come from Johnny Murtagh’s filly Sankari Royale who improved last week to finish runner up at Fairyhouse, the front pair were easily clear, on paper she is the one they all have to beat.