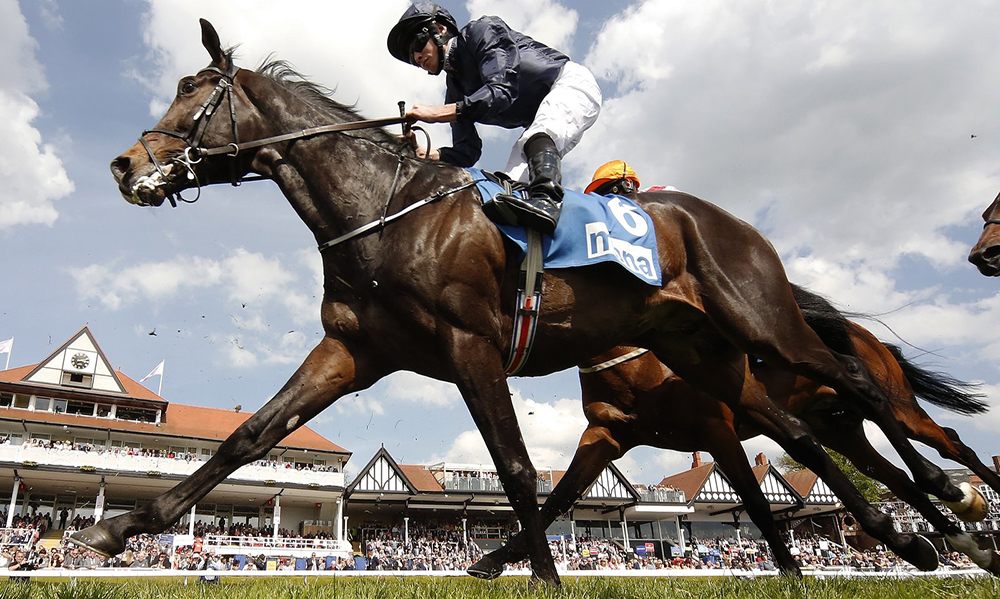 Today’s horse racing preview comes from York, with three selections from the meeting.

Ballydoyle oppose a serious threat of landing this race, but with twelve entries since 2000 and only one recorded win, you could not be backing Fleeting View with confidence. Fair enough, he has shown potential winning his last two races at The Curragh, however being unproven at this index around York will catch you out. Another negative is the sire War Front won only once around 7f which came in maiden company and was beaten on his other six contentions at the trip, definitely one for the layers in my opinion.

The one they all have to beat here, and the selection, is Mark Johnston’s Dee Ex Bee. I thought he looked a bit special when landing his maiden at Goodwood two weeks ago. The Sire Farhh was very adaptable on any ground and won his sole race as a juvenile over 7f, which was the only time he contested the distance. The form was franked at Salisbury when Richard Hannon’s Rogue came out and won, it is fair to say the top four finishers from that maiden look to have potential.

With three of the past four favourites winning this race, this looks a big opportunity for John Gosden’s Cracksman to land his first win over 12f. With two attempts at the index, third in the Epsom Derby and just denied in the Irish equivalent being beaten a combined distance of just one length, you would have thought today is the day he gets his just deserved.

However, I am willing to take him on once more, and with Ballydoyle looking to bring in Spanish Steps as a pace maker, this opens the value bet on their other entry here, Venice Beach. Ryan Moore is 1-1 with the son of Galileo when landing the Chester Vase back in May. He took the scalp of Wings of Eagles who as we know won the Epsom Derby and has form around Cracksman, that form was reversed in the Derby, but that day he was the pacemaker.

Now he can come out of that shadow after running a close third in this year’s Group 1 Prix De Paris when going behind by just over a length. In front of him that day was King Edward VII Stakes winner Permian and the winner Shakeel was previously just denied in the Group 2 Prix Hocquart. I just think with Ryan Moore back in the plate he could be better than the 12/1 odds on offer here, very interesting contender indeed.

The race that we all should be looking for to find the winner here is the Coral Eclipse, both Ulysses and Barney Roy go head to head once more, with Cliffs of Moher and Decorated Knight thrown into the mix. Derby runner up Cliffs of Moher gets just 7lb this time around from the 10lb he was receiving in the Eclipse, it’s a tough ask to think he could reverse that form and this goes for Decorated Knight also.

When Barney Roy and Ulysses met at Sandown there was only a nose separating them, the winner was conceding 10lb that afternoon, however this time around just 7lb is conceded and on that note you would have thought the form cannot be reversed, however Ulysses elected to go to Ascot when beaten in the King George VI & Queen Elizabeth Stakes to the smart filly Enable, but Barney Roy elected to bypass the clash and has come with this race in mind, he is the one to beat for me in a tight affair.

Where do we go with Churchill? The way he finishes his races off you would have thought stepping up into this unknown territory is a good thing, for me I am not so sure. He looked to be toiling in the St James’s Palace when four and a half lengths behind Barney Roy. Moore stays loyal to the 2000 Guineas winner, but its only loyalty I’m afraid.

Cliffs of Moher probably goes down as an unlucky loser when runner up at Epsom, but has been put firmly in his place this year in the Eclipse by both Barney Roy and Ulysses.