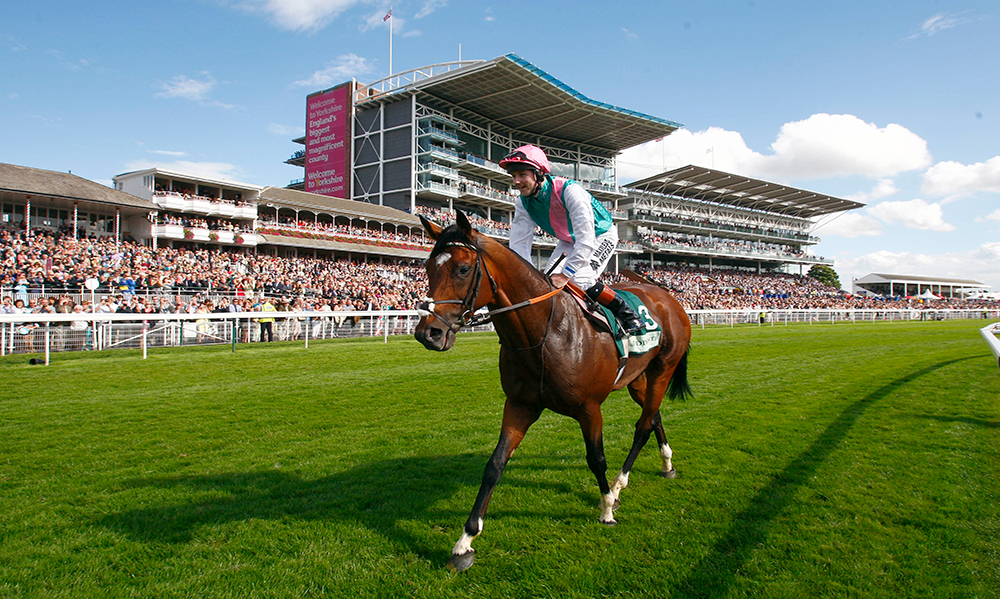 Today’s horse racing preview comes from York, Haydock, Chester and the Curragh. plenty of meetings to lose or win from, I have picked out six selections over four meetings, let’s hope it’s another cracking weekend after the 150/1 treble hit last Saturday.

Today’s highlight is the Irish 2000gns which once more has failed to really put anything up against taking Churchill on, a race just for observation.

I was very impressed with Charlie Appleby’s smart four-year-old Frontiersman who had plenty in hand when landing a 0-105 handicap at Newmarket in good style. He goes into unknown territory this afternoon with a step up to 13.8f, an interesting conundrum if they are looking at this year’s St Leger in mind.

With big entries already pencilled in which includes the Coral Eclipse, he should be stamping his resume with another win here. One at a higher price is Peter Nivens Clever Cookie. I put him up in the Yorkshire Cup and ran a solid enough race, won this back in 2015 do has to be respected once more.

Hughie Morrison has been in the press for all the wrong reasons recently after a doping issue arose in the yard, but I would love for him to win this and positively can go close with Private Mission.

With just the two juvenile runs with one resulting in a maiden win at Lingfield last winter, he came out and won impressively at Leicester when beating a subsequent winner in Ejaady. It was not the best 0-80 handicaps, however did it with a solid attitude.

Maths Prize finished fifth in a conditions race which Shutter Speed won, that form as we know was easy franked at York by the winner, but it’s the Raheen House formline that takes me away from putting him.up as a positive candidate to land this prize.

Indian Dandy looks the troublesome one for Marco Botti. The way he won at Yarmouth when a 16/1 complete outsider was definitely eye catching and once more can make his presence felt.

This will be over in a blink of an eye, I’ve got to be honest as I already backed this horse last night taking advantage of 14/1 on offer. Copper Knight impressed me no end when landing a 0-105 at Chester in excellent style.

He is probably horses for courses with both of his wins coming at Chester, but I feel he is well drawn this afternoon to sit off the page and pounce late under Rachael Richardson.

David O’Meara’s Out Do is very smart on his day, but has not won for nearly two seasons since landing The City Of Walls Stakes here at York. Has returned twice since showing moderate runs both times.

Poyle Vinnie cannot be underestimated after a good third in the Jack Berry House Stakes over course and distsnce, Rasheeq was one and a half lengths ahead that day, but Poyle Vinnie was giving over a stone at the weights, I doubt there will be much between them this time around also.

A race that usually heads up towards the kings Stand at Royal Ascot, to get the winner here we have to concentrate on previous Ascot form. This brings in the top three in the market, Washington DC, Quiet Reflection and my selection Kachy.

Now I am sure you have heard me state that DC’s form from Ireland is not that overwhelming, yes he was runner up in France, I am referring to UK soil, he seems to fluff his lines when attending.

You would have to track back two years since he won on British Soil when landing the Windsor Castle Stakes. Now I have been slated no end on Twitter saying his French form is away from home, yes that is correct, but the courses are totally out of the ordinary for me on the continent.

it’s just a fact he has problems winning in the UK and that’s why I am going to avoid him once more (probably win easy now). Quiet Reflection made me a tiny sum last year when landing me a week treble at the Royal Meeting which was with Carraveggio and Tepin. The fact she is 2-2 at Haydock and was seen last year winning the Sandy Lanes she has to be feared on her return.

Even though she finished seventh on champions day at Newmarket, she had been busy all season notching up four wins which included the Ascot run The Commonwealth Cup, this race brings me on to the selection in Kachy.

He was seen splitting Quiet Reflection and DC that day and might have won if not finding traffic problems at a very crucial time. I am positive to say he is more of a six-furlong horse and this is going to be on the sharp side. Washington’ DC reversed the form in the Palace House to two and a half lengths.

Sixth in this last year he will have to show he has the speed to compete, he will be one of the closers for sure and looks value each way.

I have gone for a whopper here in price from the Tony Coyle’s yard in Renton. Being a January Foal and by Dandy Man who tend to enjoy a tight track, now in the pedigree there are more suggestions that sprinting is not eventually going to be for him with milers on the dam side, however I actually feel a big run can be had this afternoon.

Haggas has an interesting horse running on the all-weather next week, but in this he has the very short priced favourite in Headway. The son of Havana Gold finished runner up to a smart Appleby horse in Gold Town at Newmarket. Personally, I thought Buick was not that hard on him and this looks the danger to all in the race if come on.

Hannon juveniles have to be respected, they have a Dark Angel Colt here through Oasis Dream in Yafta, might want a bit of rain to really show full potential.

On to Knockout Blow who ran below par on debut, the market spoke a lot of volumes that days​ at York when drifting terribly on course after being backed the night before, slim outside chance.

I took on Turrett Rocks after following throughout her career, I just gave up on her and she came out and landed the Blue Wind Stakes, but she drops to a mile this afternoon and yes, I am taking her on again which might be an omen to back her.

My selection here is Opal Tiara of Mick Channon’s, the daughter of Thousand Words had a reasonable winter in Dubai when winning a Group 2. Her fourth on the Bet365 Mile Stakes at Sandown was as good as expected, I have noticed that horses that return from Dubai seem to take longer to assist with a few runs required.

She will be better over further, but this being Curragh she can come off the pace and land this good price for a yard going well at present.