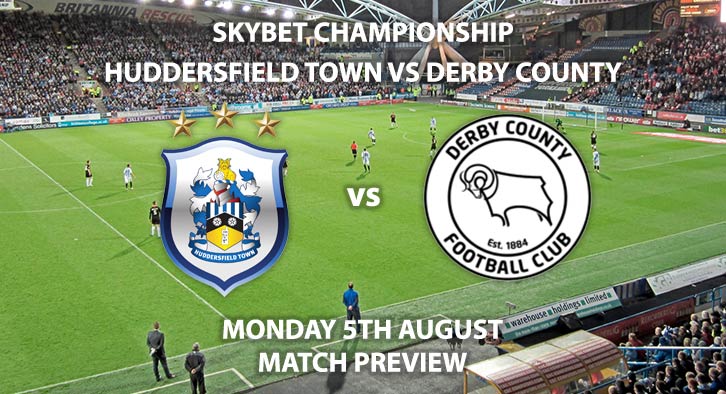 The Terriers are back in the second tier after two seasons in the Premier League. Jan Siewert’s side ended last term rock bottom of the league, winning only three games all season. They will have to acclimatise to the division quickly if they’re to blow away any relegation hangover.

There’ve been a few personnel changes throughout the summer, with Tommy Smith and Phillip Billing leaving to join Stoke City and Bournemouth over the summer. Reece Brown, Tommy Elphick, Isaac Mbenza and Kamil Grabara have all joined permanently to balance those sales.

Much is expected of Karlam Grant after his impressive cameo in the top flight. The striker joined Town from Charlton in January and is expected to fire the goals in for the Terriers this term. Whilst they’re not one the favourites for promotion a minimum top-ten finish should be the target for Huddersfield.

Derby are still in the process of building their new side under Phillip Cocu. The Dutchman has picked up the pieces after Frank Lampard’s departure, although Kieran Dowell is their only summer signing to date.

A centre-half is definitely needed, with Arsenal’s Krystian Bielik close to a reported £10m move. Cocu has said he wants at least four new additions before Thursday’s deadline so the club will need to move fast.

Darren Bond is the referee for this match. The Englishman accumulated an average booking points total of 30 across 42 Championship games last season. Therefore, I would recommend a maximum of 50+ booking points for this fixture.

I think both of these sides are slightly short of promotion contenders, although both will have their eyes on the play-offs. This match could be an early indication of their levels, albeit early days. I’m going to go for a draw, with neither side wanting to lose their opening match.

Huddersfield Town vs Derby County will be televised live in the UK on Sky Sports Football HD with kick-off at 19:45 BST.