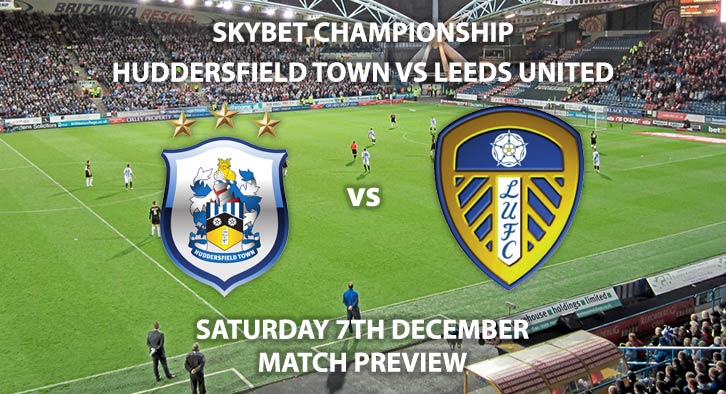 The hosts are in a real free fall without a win in four matches as they are fighting off relegation. Meanwhile, Leeds are looking to add to their eight-match unbeaten run as they aim to take top spot in the standings.

Huddersfield Town are priced at 11/2 to win the match by SkyBet and get out of their slump. The Terriers face some of the leagues toughest opposition and not many will fancy them to come out of the match with anything. However, their home form proves they are hard to beat at the John Smith’s stadium as they are unbeaten in six matches.

Karlan Ahearne-Grant has been in inspired form at the spearhead of the Huddersfield attack with 11 goals so far this season. He is priced at 14/5 to score anytime.

Leeds United are priced at 8/15 to win the match and continue to break away from the rest of the league. Marcelo Bielsa’s side are beginning to find their shooting boots after squandering results at the start of the campaign despite dominant performances. The Championship’s second placed side have won five matches in a row but still need some improvements on the road.

They have just two wins from six matches on the road but face pretty easy opposition this weekend. Going forward, Patrick Bamford has been Leeds best outlet with seven goals. He is priced at 13/10 to score anytime.

The referee for this match will be Gavin Ward. The official has been one of the more lenient in the second division – with an average of 34.5 booking points from his 10 Championship matches. We are expecting a feisty local derby, which often comes along with plenty of booking points.

– You’d be silly to bet against Leeds in this one. They don’t score plenty of goals but know how to win a match.