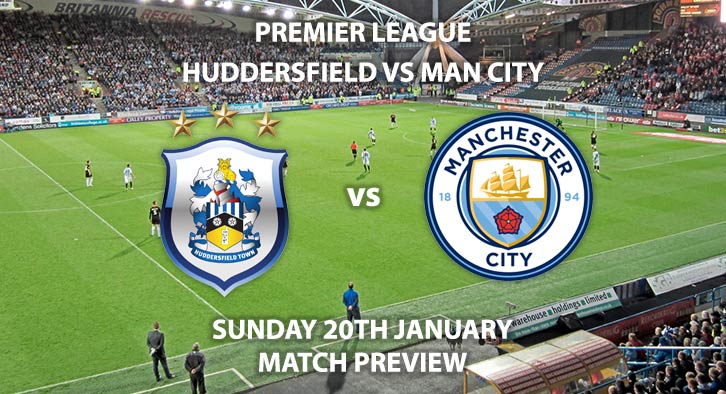 The hosts are currently bottom of the Premier League with David Wagner leaving his position as manager earlier in the week. Meanwhile, Manchester City continue their hot pursuit of Liverpool who are currently top of the league.

Huddersfield are priced at a massive 20/1 to win by SkyBet. The Terriers enter this match in dire form. They have lost 9 of their last 10 and drew their last outing. Whilst a win is very unlikely, SkyBet are offering 7/1 for a draw if they can keep the City attack at bay. Going forward, Huddersfield have been poor. They have scored 13 goals all season across their 22 matches. Striker Steve Mounie has had a disappointing season with just one goal and three assists. He has been priced boosted to 25/1 to score first.

Cards have been far too frequent for much of the Huddersfield squad. Mathias Jorgensen, Philip Billing and Christopher Schindler have all been brandished five yellow cards or more. The team are priced at 9/4 to get 30+ booking points.

Manchester City are priced at 1/8 to win. Pep Guardiola’s side have recovered after their Christmas form and have won five straight matches in all competitions. Their last victory saw Gabriel Jesus pick up a brace against Wolves. The Brazilian has scored five goals this season and is priced at 5/1 to repeat his antics and score a brace.

Their last three matches have seen them score 19 goals and have not conceded a single goal. They are priced at 5/2 to win and over 4.5 goals in the match.

The referee for this match will be Andre Marriner. The official has averaged 32.2 booking points in his 13 Premier League matches.

The match will be televised on Sky Sports Premier League HD and kicks off at 13:30.

Remember to keep visiting the tips and preview area for further updates and betting previews around this weeks FA Cup action.