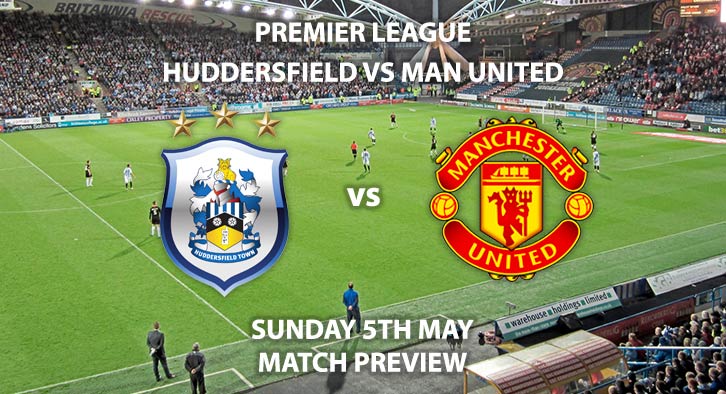 Ole Gunnar Solskjaer’s men are firmly in catch-up mode as they chase fourth spot in the Premier League. The Red Devils sit a point behind Arsenal and three adrift of Chelsea, who occupy fourth, at the moment. With only two games remaining, it looks like United could have to settle for Europa League football next term. Solskjaer will be hoping six points from their final two games will help to lift the cloud over Old Trafford. It’s a big summer to come at the Theatre of Dreams, with a lot of rebuilding set to take place.

A host of players in a red shirt are set to depart this summer, which means everyone’s future is in doubt. With that in mind, it should inspire those on the fringes to step up their performances to try and secure their long-term future with the club. Last time on the road, United were thumped 4-0 by Everton. In all competitions, they have lost their last five games, which is a stark contrast from their form at the start of the Norwegian’s reign.

Huddersfield will be hoping to end their dismal with some joy in their final two fixtures. With Championship football looming next season, the club will be hoping to head back to the second tier with some momentum. They will be spirited by their win over United last season, which was arguably their most famous result during their time in the Premier League. Their last win at the John Smith’s Stadium came in February and they have only scored twice at home since that victory.

Lee Mason is the referee for this fixture. The Englishman has officiated 27 top-flight matches this season. In that time, he has accumulated an average booking points total of 35.4. Therefore, I would advise a maximum of 50+ total points for this fixture.

Although Manchester United have struggled of late, Huddersfield just don’t have the quality to compete with them. A routine, much-needed win for Solksjaer.

Huddersfield Town vs Manchester United will be televised live in the UK on Sky Sports Premier League HD with kick off at 14:00 BST.