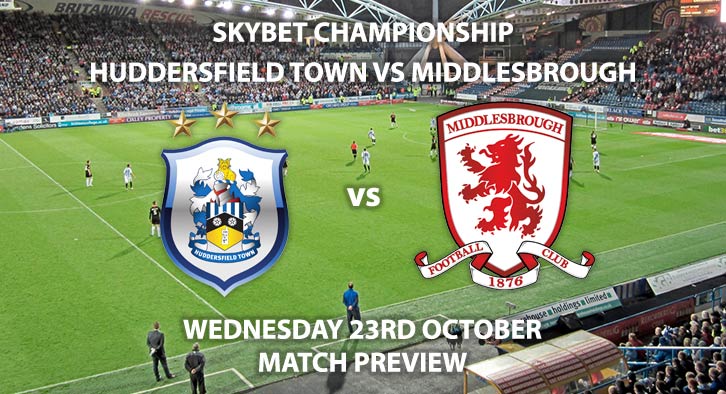 Both sides have had poor starts to their respective campaign given their aims at the start. The hosts are sitting in the relegation zone with nine points from their opening 12 matches. Their two wins this season have come in the last three matches.

Meanwhile, Middlesbrough sit just one place ahead of them in the table, with one more point. Jonathan Woodgate’s side have also got just two wins this season and haven’t claimed three points in over a month.

Huddersfield are priced at 13/10 to win the match by SkyBet. Danny Cowley’s men have showed vast improvements since his arrival – but, that wasn’t that hard as they really were awful. Striker Karlan Grant has been one of the only shining lights in the side and has scored seven goals so far this season. He is 7/5 to score anytime.

The Terriers have been woeful defensively and have conceded 20 goals in their first 12 matches. Huddersfield to win and both teams to score is price boosted to 9/2.

Middlesbrough are also in dire need of three points and are priced at 21/10 to get them. Woodgate is under pressure in the hot seat with their only wins coming against Reading and Wigan. Britt Assombolonga has been longing to re find his form of previous season and has not started terribly despite his side not playing well. The striker has 4 goals and 50% shot accuracy in the league. He is 2/1 to score anytime.

The referee for this match will be Tony Harrington. The official has not been happily handing out cards this season with an average of 27.5 booking points. However, these two both desperately need a victory and things could get heated. SkyBet are offering 50+ booking points at 6/4.

The match will be televised on Sky Sports Football and kicks off at 19:45 BST.

The hosts are entering this match in slightly better form. I wouldn’t expect this to be a pretty one.