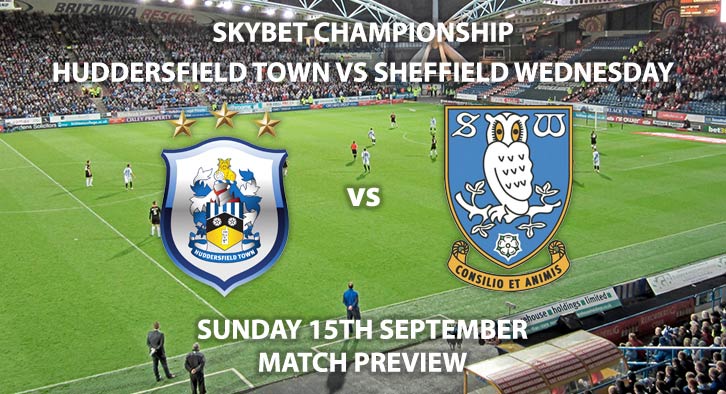 Danny Cowley and Garry Monk will both make their managerial debuts in this Yorkshire derby as Huddersfield Town look to address their poor start to the season against Sheffield Wednesday.

The Terriers sit second-bottom of the Championship after six games, with only a point to their name. They’re on a 17-game winless run, which stretches back to April. As a result, Cowley’s first task will be to get three points on the board. The former Lincoln City boss was named as Jan Siewert’s successor on Monday. There were links that Cowley could have been in the away dugout for this clash but those reports proved to be untrue.

Cowley’s first task is to change the losing mindset surrounding Huddersfield. Having dropped out from the Premier League they’re in free fall and have lost belief they can win matches. Whilst their squad isn’t amazing, it’s more than capable of competing in the top half of the table. Karlan Grant is their main source of goals, with the former Charlton striker bagging four goals already this term.

Sheffield Wednesday ended their managerial uncertainty with the appointment of Monk last Friday. The former Leeds United boss has been out of work since leaving Birmingham City in the summer. This is his fifth Championship job in as many years but it is widely accepted he’s done a good job in each of his roles, bar Middlesbrough. He’ll look to inject some life into the Owls, who’ve been without a permanent manager since Steve Bruce left.

Wednesday have made an average start to the season, with three wins and three defeats from six games. After back-to-back wins at the start of the season, one win in four has followed. A disappointing defeat to Queens Park Rangers was a lowlight of the season before the International break. The Owls do have quality players, though. Barry Bannan can pull the strings in midfield, whilst Kadeem Harris will provide a threat down the left-hand side. If Monk can get those two playing to their best, the Owls can be a real force in the play-off race.

Simon Hooper is the referee for Sunday’s match. The Englishman racked up an average booking points total of 41, across 21 Championship matches last season. With that in mind, I would recommend a maximum of 60+ booking points for this fixture.

Both managers will be desperate to win their first game but equally won’t want to lose. I think both teams will raise their game to impress their new bosses, which could see the game end all square.

Huddersfield Town vs Sheffield United will be televised live in the UK on Sky Sports Football with kick off at 12:30 GMT.