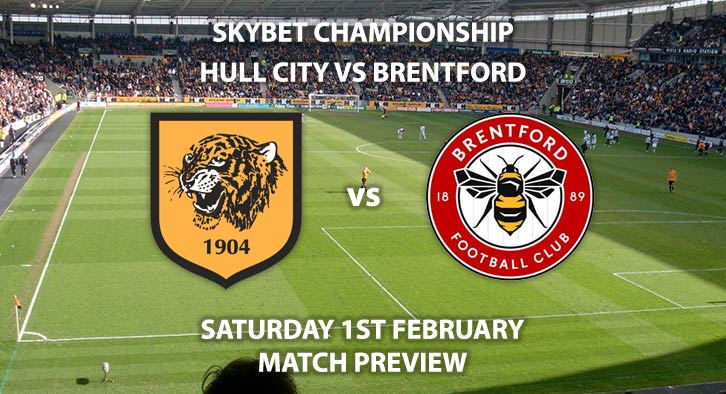 Hull City are about to play host to Brentford in SkyBet Championship action this weekend.

The hosts are in poor form with three losses on the bounce at the hands of Fulham, Derby and Huddersfield. Their faint hopes of reaching the play-offs is quickly slipping away for them. Meanwhile, Brentford are going along nicely in fifth position as they aim to consolidate a top six finish with an impressive campaign to date.

Hull City are priced at 12/5 to win the match by SkyBet and end their torrid run of results. The Tigers are in some of their worst form in months and are struggling to find the back of the net. They have an average of 0.67 goals per match from their last six outings. Their home form doesn’t make for much better reading either with four consecutive defeats in all competitions.

Going forward, Jarrod Bowen has been the saviour whenever Hull have needed him, but so much more recently. Bowen made a late night move to West Ham United yesterday so it’s hard to see where the goals will come from for Hull City today.

Brentford are priced at 11/10 to win the match and grab an away victory at the KCOM Stadium. The Bees have been very impressive this season playing an attractive brand of football. They also have a great away record, with the best defensive away record in the league and also have no trouble scoring on the road.

Striker Ollie Watkins has been scintillating this season in his new number nine role and has 18 goals this season. He is priced at 7/5 to score anytime.

The referee for this match will be Darren Bond. The official has not been shy when it comes to reaching into his pocket this season and has an average of 37.4 booking points from his 17 second division matches in charge.

Hull City vs Brentford will be televised live on Sky Sports Football HD and kicks off at 12:30 PM GMT.

– The visitors are looking very dangerous this season and are up against a shaky defensive line.