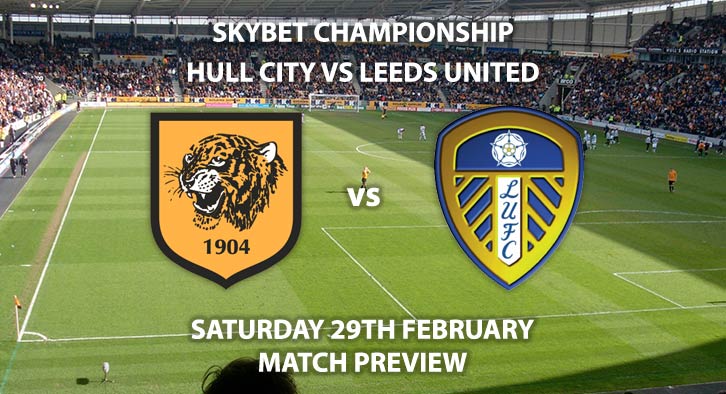 Both sides are battling at both ends of the division, and a win would certainly boost their bids to avoid the drop in Hull City’s case, or secure promotion if you’re associated with Leeds United.

The midweek results in the Championship produced a mixed bag of results for both sides; Hull were beaten 1-0 at home by Barnsley, meanwhile Leeds took another step closer to promotion with a 1-0 win away at Middlesbrough.

The Tigers, led by Grant McCann, are in a poor run of form and have failed to win in each of their last ten matches. In that time, City have lost eight times, and now have work to do if they are to avoid the drop. Hull find themselves four points clear of 22nd placed Wigan Athletic with twelve matches to go in the SkyBet Championship.

It’s no coincidence that Hull have struggled since the departures of talismanic figures Jarred Bowen and Kamil Grosicki. Of the forty-eight goals Hull have scored this season, the pair were involved in thirty-three of them (Bowen: 16G 6A) (Grosicki: 7G 4A), no wonder the Tigers have deteriorated since their exit’s.

After sixteen long years, it finally looks like Leeds United are destined to return to English footballs’ top-flight. Marcelo Bielsa’s side are currently 2nd in the league, in the automatic play-off places, and five points clear of Fulham in 3rd. Leeds have won their last three on the bounce and have rediscovered their form after a momentary slip at the start of the month.

These two sides last met in December, where Leeds were 2-0 winners at Elland Road. Leeds have an impressive record against Hull, losing only one of the last seven in this fixture. Hull’s last win came in December 2018, a 2-0 win at Elland Road.

The referee for Saturday’s clash is Keith Stroud. The 50-year old has averaged just over three yellow cards per match in his nineteen appearances in the Championship this season, and that considered I would recommend a minimum of 30+ booking points for this clash.

Hull City vs Leeds United will be televised live in the UK on Sky Sports Football HD with kick off at 12:30 GMT.