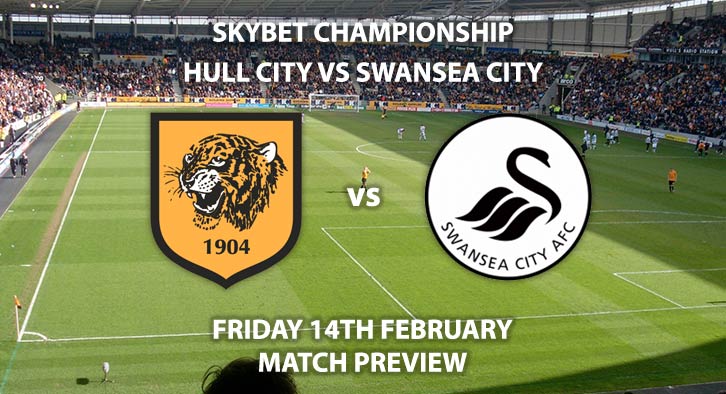 Neither team are enjoying their finest run of form at this time. Hull have lost six of their last seven matches across all competitions and will be checking their shoulder as they slip down the table. Meanwhile, Swansea City are without a win in four league matches and can feel their play-off hopes sliding through their fingers.

Hull City are priced at 9/5 to win the match by SkyBet and turn their recent poor showings around. It’s no coincidence that their season has turned upside down in January with the losses of Jarrod Bowen and Kamil Grosicki. They are struggling for goals and were hammered 3-0 by Blackburn in their last outing.

Josh Magennis will be the hosts biggest threat to the Swansea defence and is priced at 23/10 to score anytime.

Swansea City are priced at 11/8 to win the match away from home, where they have been strong this season. The Swans are stalling in their bid for play-offs as they became frustrated again as QPR held them to a 0-0 draw at home in midweek. Steve Cooper’s side are lacking cutting edge, despite a positive transfer window.

One of the players brought in was Liverpool’s Rhian Brewster. The striker has impressed in SA1 and chipped in with a couple goals. He is priced at 9/5 to score anytime.

The referee for this match will be David Webb. The official has been one of the most lenient and has averaged just 27.6 booking points from his 17 second division matches in charge.

Hull City vs Swansea City will be televised on Sky Sports Football HD and kicks off at 19:45.

– Whilst both teams are in bad form, Swansea will be able to impose their attacking prowess and quality.