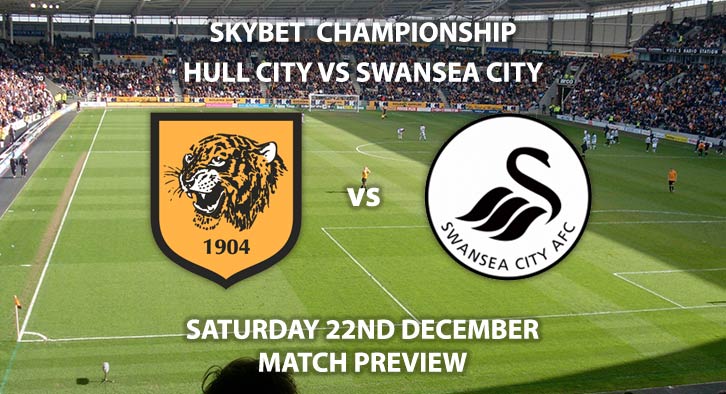 The hosts are hoping to continue an impressive four match unbeaten streak to help them climb away from possible relegation troubles. Meanwhile, the visitors will want another three points to continue to apply the pressure on the play-off places.

Hull are priced at 8/5 to win this match by SkyBet. After a shaky start to the season, Hull have found some form and have slowly become a very attacking outfit. Their last three matches have seen two or more goals and they have also opened the scoring in the first 15 minutes across all three games. However, their home scoring form is not as impressive, with only nine goals at the KCOM Stadium. Striker Frazier Campbell has been the go-to scorer this season with eight goals. SkyBet have price boosted him to score first to 13/2.

History is also in the home sides favour. Hull have been victorious in the previous four encounters with Swansea. They have also kept clean sheets in three of their last four home games. They are priced at 7/2 to win to nil.

Swansea are priced at 17/10 – a great price given their league standing and recent form. They enter the match on the back of two wins against Brentford and Sheffield Wednesday. Their matches have not been short of excitement. The Swans last five league matches have averaged 3.8 goals. SkyBet are offering 5/2 for both teams to score and over 3.5 goals in the match. Attacking wise, Swansea will hope Oli McBurnie can bring the goods as he has already bagged eight goals this season. The Scottish international is price boosted to 7/1 to score a header – a skill he scores many of his goals with.

Defensively, Swansea have been subpar to their standards. They have conceded 24 goals this season; 11 of them in their last five matches. Both teams to score seems a banker at this point. For Swansea to win and both teams to score you will get 5/1.

The referee for this match will be Oliver Langford. The official has averaged 27.1 booking points in his 14 Championship matches.

The match will be televised on Sky Sports Football HD and kicks off at 17:30.

– The away side have too much quality for the opposition.