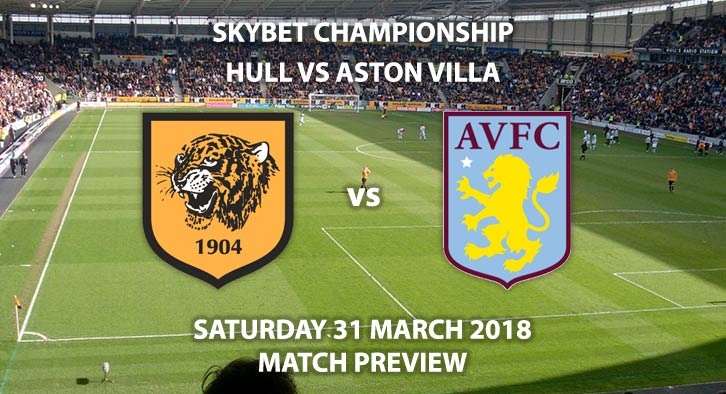 Hull vs Aston Villa – Both club’s campaigns have fared rather differently, with both fighting at opposite ends of the table. The hosts recently lost to relegation strugglers Birmingham City in their last outing, despite coming into the fixture on the back end of two positive victories over Ipswich and Norwich.

Meanwhile, Aston Villa can’t afford any more mistakes as their last two matches have seen them lose at the hands of QPR and Bolton. Automatic promotion seems to be slipping away from Steve Bruce’s side.

The hosts are currently 18th in the Championship standings and only six points from the drop zone. Hull’s attack has been much more proficient at home, with two or more goals in 52% of their home Championship matches. In total however, Hull have scored the most goals (53) in the whole bottom half of the table. Jarrod Bowen has stolen the spotlight this season for the Tigers, with 13 goals and 1 assist in orange and black.

Defensively is where Nigel Adkins’ side has struggled and is the reason for their low league standing. They have conceded a total of 59 goals in their 38 league matches. The Northern outfit has also managed a clean sheet in only 23% of their matches. They are capable of causing an upset against an out of form Aston Villa.

The visitors are currently 4th in Championship, seven points from second that would see them promoted automatically. Their recent form in front of goal has been frustrating for the Villa faithful. On the road, they have scored two or more goals in only 31% of their matches. Despite this, they have found the back of the net a total of 61 times this season. January signing Lewis Grabban has had a huge hand in the goals since his arrival. The striker has scored 16 Championship goals all season.

Steve Bruce’s side have one of the strongest defences in the league. They have conceded only 37 goals and have managed to keep a clean sheet in 42% of their away matches. They are favourites for this encounter.

The referee for this match is Andy Davies. The no nonsense official has awarded an average of 40.2 booking points in his 20 Championship matches.

Hull vs Aston Villa will be televised live in the UK on Sky Sports Football and will kick off at 17:30 GMT.