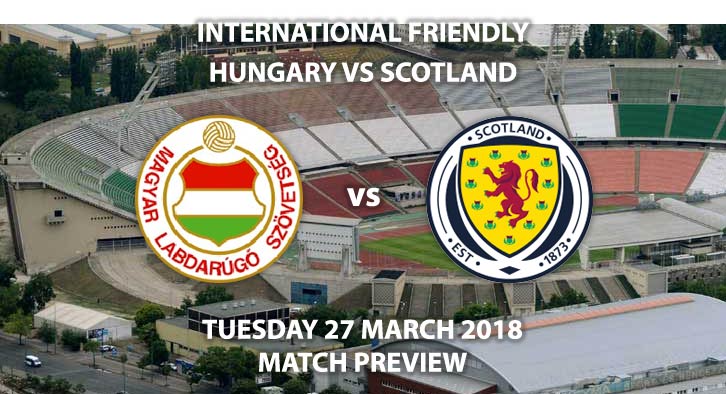 Hungary vs Scotland: New Scotland boss Alex McLeish will be looking for his first win as manager when he takes on Hungary at the Groupama Arena.

After taking over for his second stint as Scotland boss, McLeish suffered defeat to Costa Rica on Friday. The former Aston Villa boss has been tasked with turning Scotland’s fortunes around, having not qualified for yet another major tournament. Like a number of national sides, Scotland are one in transition. A number of experienced professionals have come to the end their careers, with new young talent emerging. It’s McLeish’s job to integrate them into his side as they hope to qualify for Euro 2020.

The defeat to Costa Rica saw a formation change as McLeish set his side up in a 3-4-3 system. With Andrew Robertson and Callum Paterson given license to attack as wing-backs, it offers Scotland a new dimension. It also offers more freedom for players such as Matt Richie and Tom Cairney to create chances for their strikers. Swansea striker Ollie McBurnie was given his debut after an impressive loan spell at Barnsley. This was just a signal of what is to come, with more young talent being afforded a chance to appear for their country. They also handed Scott McTominay his first start after he pleaded his allegiance to Scotland.

Despite impressing at the Euros in 2016, Hungary failed to qualify for the World Cup. George Leekens’ side missed out after finishing third in a group containing both Portugal and Switzerland. Whilst this won’t be a surprise to most, it was a disappointing qualifying campaign for the Hungarians and they will seek improvement ahead of Euro 2020. A more favourable group could have definitely seen them qualify for Russia and they will be a stern test for Scotland.

Both these teams come into this game in poor form. Hungary have won two of their last six matches, whilst Scotland have lost their last two. This will be the two sides’ first meeting since 2004, which ended in a 3-0 Hungary win. Scotland have never won beaten Hungary away from home, so this could be a potential milestone for the Scots.

Neither side is in fantastic form. Therefore, I think a draw could be on the cards. Thus, this would be a positive result for Scotland as they look to rebuild their new young squad.

Hungary vs Scotland will be televised live in the UK on Sky Sports Football with kick off at 19:00 GMT.