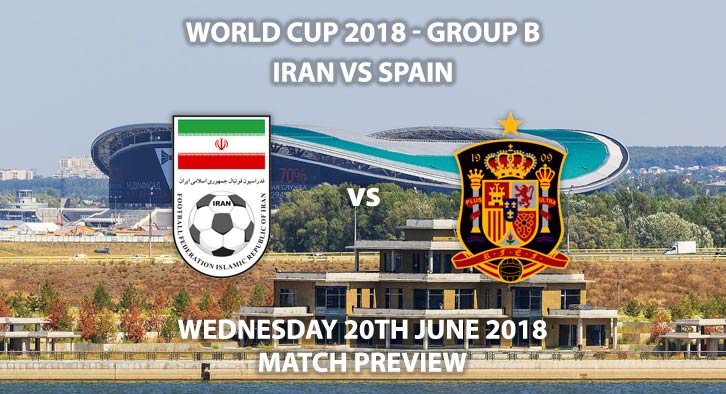 Iran vs Spain – Iran and Spain face off in the second round of group matches at the 2018 FIFA World Cup.

Surprise group toppers Iran will be high in confidence after their dramatically late victory over Morocco.

Diego Costa shot many of his critics down with an impressive brace against Portugal. The first goal illustrated his strength and brute force that many pundits said would be a contrasting style of play to the rest of his Spanish teammates as a disadvantage. Costa is 5/2 on SkyBet to score first.

Iran attacker Sardar Azmoun caused Morocco the most problems from the Iranian team that won the first match. His pace caused real problems on the counter attack. Azmoun is 14/1 to strike first.

Don’t let the group standings deceive you. The Spanish are heavy favourites for this encounter, priced at 2/11 to win. Their talent is exceptionally superior with Isco pulling the strings in the middle. He put in a man-of-the-match performance and was cruelly outshone by Cristiano Ronaldo’s hat trick. He is priced at 13/8 to assist a goal in 90 mins.

Spain do in fact have a solid defence despite conceding three in their last match. Gerard Pique and Sergio Ramos should not have too many troubles during the match, and David De Gea will be hoping for a quiet match and a clean sheet after his mistake in their opener. The Manchester United goalkeeper is 4/11 to keep a clean sheet this time around.

Iran were not strangers to the referee’s pocket against Morocco with three yellow cards. They could be racking the cards up again against this tricky, inventive Spain attack.

Iran vs Spain will be televised live in the UK on ITV with kick-off at 19:00 GMT.