Germany were second-favourites coming in to the tournament and have lived up to that billing with irrepressible performances so far. Dispatching the dark horses Czech Republic 2-0 in the opening match signified the control the Germans possessed, proceeded by a ruthless 3-0 victory over Denmark in a game which illustrated the skill and talent the creative powers possessed by the German midfield and attack.
Continuing in this vein of form will strike fear into the hearts of not just Italy, but any team that Germany have to face moving forward in the competition.

Conversely, Italy have struggled to reach the heights many suggested were possible before the tournament began. A 2-0 win over Denmark gave optimism without truly convincing and despite containing big names and stellar players such as Gianluigi Donnarumma and Domenico Beradi the side hasn’t fully clicked so far and that was demonstrated in the 3-1 defeat to Czech Republic last time out.

With Czech Republic currently in second place and placing perhaps the tournament’s weakest team in Denmark (only the best 2nd placed side joins the three group winners in qualifying for the semi-finals) Luigi Di Bagio’s men will be wholeheartedly aware anything less than a victory will suffice. Such a result will require a turnaround in fortunes for both teams and remains unlikely. If Italy’s big players can find form and release themselves from their current rigidity, then the task isn’t impossible, however. 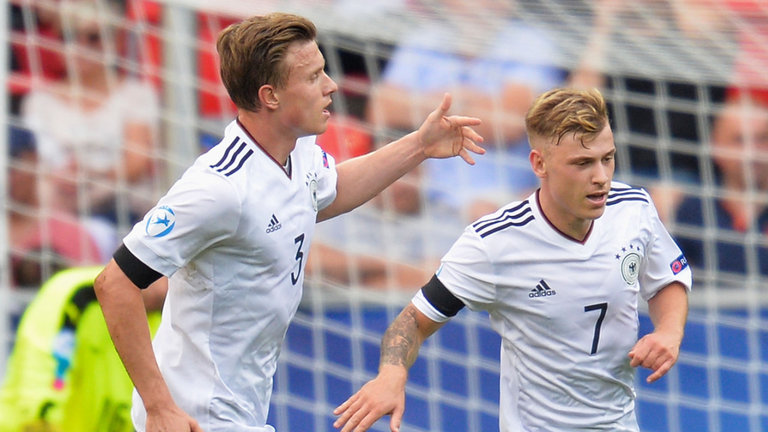 Max Meyer has attracted interest from all over Europe Photo Credit: skysports.com

Players to Watch
Max Meyer has been on the eyes and minds of scouts since he broke onto the scene four years ago for hometown club Schalke, at just the age of 17. 163 Appearances and 20 goals for the senior side later and Meyer has established himself as an important cog in one of Germany’s biggest clubs – and with good reason. The attacking midfielder shows flashes of brilliance in almost every performance, his fantastic footwork and ability to beat a man often makes experienced defenders look foolish. With a more consistent output in terms of goals and assists Meyer could be a truly great player for one of Europe’s biggest clubs. At this level, however, he is almost unparalleled and possesses the quality to eviscerate any team that has the displeasure of facing him. 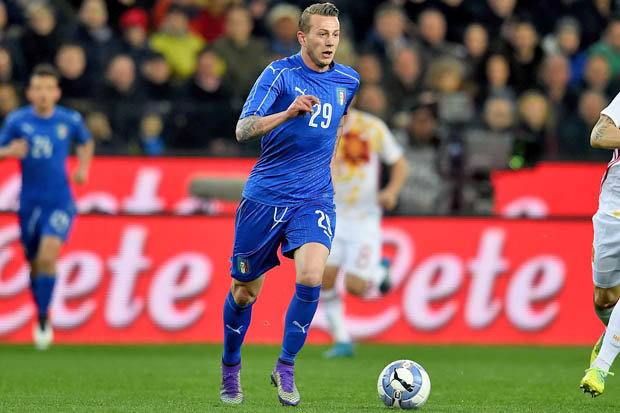 It seems almost unpalatable that players with the experience that Federico Bernardeschi possesses can play at a youth tournament, but it offers a chance for tournament experience that can prove vital moving forward for senior national teams. And Fiorentina’s No.10 is a precise example of that, already capped 9 times in the senior Italy team; the 23-year-old is seen as one of Italy’s better prospects for potential future success. Bernardeschi is a unique mixture in the modern game, a winger with great pace but at 6ft, is big and strong and also works extremely hard defensively. Despite that work rate, he is blessed with a cultured and precise left foot and beats players through elegant means which make him a pleasure to watch. On the top of his game, Bernadeschi definitely has the ability to put a strong Germany team to the sword in a must win game. Which is precisely his task.