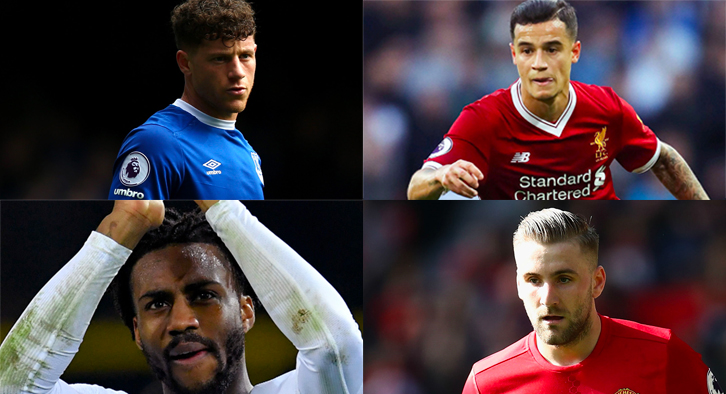 The January Transfer Window has seen some huge players make moves to other clubs. One of the biggest was when then Liverpool striker, Fernando Torres, moved to London and signed for Chelsea for £50 million in 2011. We also saw Juan Mata leave Chelsea for Manchester United in 2014, for £38 million.

This January window has already started off with a big money move, with Liverpool agreeing a fee in the region of a whopping £75 million for Southampton centre back, Virgil van Djik. The defender has been on Jurgen Klopp’s list to sign for some time now and the Dutchman will be happy to finally make his move to Anfield.

Though a huge fee, the most expensive defender in World football, a must for Liverpool as they have struggled at the back for many years and could finally have the piece of the puzzle to bring them the success that they yearn for.

We take a look at a handful of players who are currently targeted by other clubs and the likelihood the move will take place in this January transfer window. 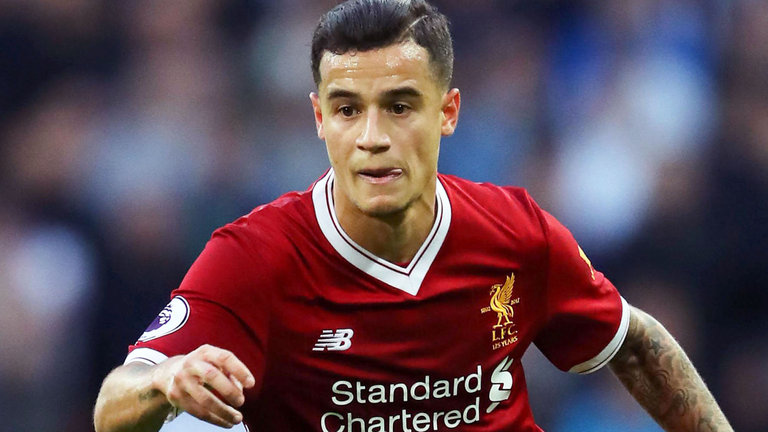 The Brazilian playmaker has been the target of Barcelona since the departure of Neymar to Paris St Germain in the summer and the young Brazilian did have his head swayed by the interest, before the close of the transfer window. The 25 year old will want to move to one of the biggest clubs in the world but any delays could cause the Catalan side to drop their interest, as they have not looked the same side without Neymar and will want to fill the gap as soon as possible.

There has also been speculation that the world’s most expensive player has been trying to persuade his countryman to move to Paris, with the two knowing each other since the age of 14 and playing in the national side. Though Coutinho is a fantastic player, Maybe this is a way for Neymar to get one over on Barcelona?

If a deal is brokered during the January window, it wont be a sudden departure for Coutinho, but a summer move as the Brazilian has already made appearances in the Champions League, restricting the midfielder in the competition. To his credit, Coutinho has not let his performances slip since the interest and has stated he will always give his all for the Merseyside club.

“I am at Liverpool and I always do my best when I have the opportunity to play, respecting the jersey and the supporters,” he said. “I do not know how the future is going to be. What will happen in January, we will know it in January. I do not know if there will be an offer. Last summer there was a job offer in the same way that happens with any employee and I was interested in it. Since I stayed I have played with will and desire.”

I believe a deal for Coutinho to move to the Nou Camp will happen but the transfer will happen in the summer. 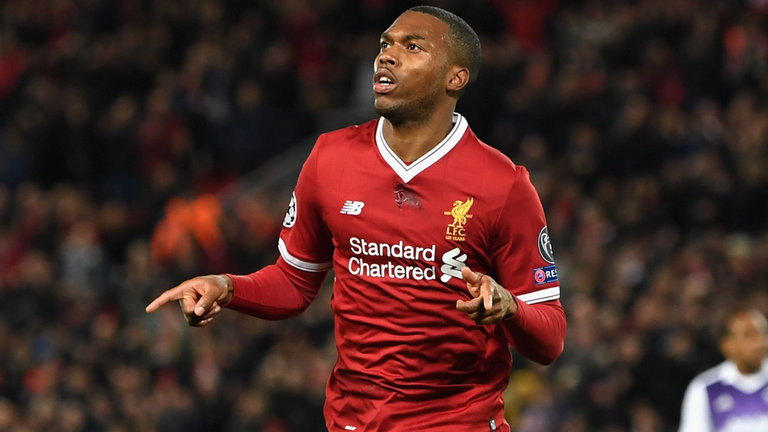 Since his arrival at Anfield, Daniel Sturridge has been in and out of the team. The 28 year old has struggled to keep a first team place in his time at the club, with only the 2013/2014 and the 2016/2017 Premier League seasons seeing the forward starting in more than 20 games. The style that Liverpool play forces the hand of the manager to leave out an out and out forward and admittedly, Sturridge isn’t capable of producing the football that Salah, Coutinho, Mane and Firmino do.

Still regarded as one of the best English finishers in the league, Sturridge should have no problem in finding a suitable team. The January transfer window could see the player make a move to West Ham, who were interested in the summer. Personally, a move to Southampton, if Mauricio Pellegrino wants to add a forward to the side, would be a good fit for the 28 year old and could revitalise his chances of being selected in the World Cup squad for England. 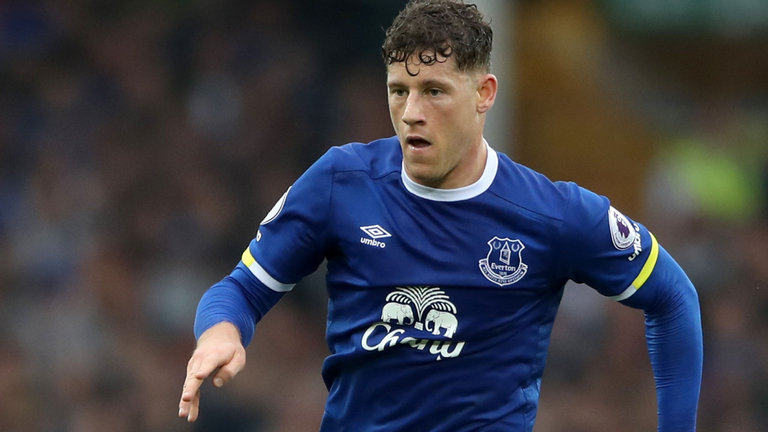 The 24 year old has been touted to be one of England’s hottest prospects since he broke into the Everton team in 2011. Barkley featured as a regular starter from 2013 till last season, but has not gone on to live up to the expectations due to inconsistency and injury. Manchester United, Chelsea and Tottenham had been rumoured to be interested in the player, with Chelsea and Everton agreeing a deal on the last day of the summer transfer window, only for Barkley to reject the offer to stay in Merseyside to regain his fitness and make a decision come Jan.

Tottenham manager, Mauricio Pochettino, is said to be an admirer of Barkley and has been trying to add more English talent to his squad, so Barkley could make a move to North London, also allowing him to play in the Champions League come February. A great move if it occurs as Barkley would flourish under Pochettino.

Barkley could make a move this January, but without a competitive game all season, it will be difficult to get the attacking midfielder back to his best and to gel with his new side. But I do believe Spurs would be his best destination. 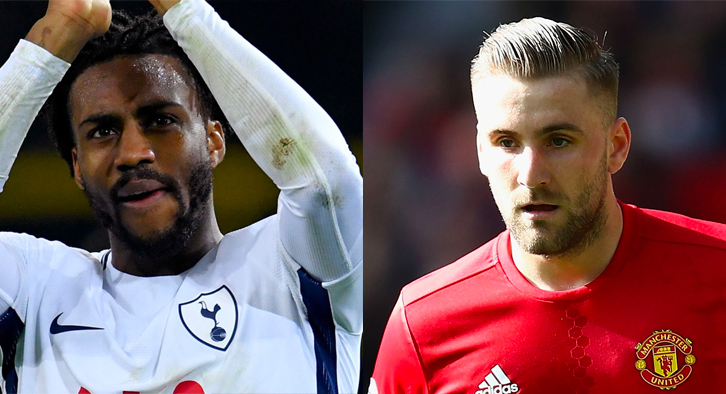 Danny Rose has been a regular for Tottenham since returning from a season long loan at Sunderland in the 2012/2013 season. He made his England debut in March 2016 and has become a more complete player under club manager, Mauricio Pochettino.

The 27 year old has made five appearances this season so far due to injury, and speculation that the left back spoke out against the club in regards to being underpaid and that a move up north was something he wished to do before his playing career ends.

Rose has plenty of suitors, Manchester United being one. The Red Devils have been playing Ashley Young in the position whilst Luke Shaw sits on the bench. Clearly an issue between Mourinho and Shaw, which could open up a swap deal between the Manchester and London club.

Luke Shaw, 22, currently has until the summer before his contract ends at Manchester United, but United are prepared to activate his 12 month extension clause. Shaw played under Pochettino at Southampton and the two are said to have a good relationship though Pochettino has stated the player, when at Southampton, lacked attitude and work rate.

Another possible destination for Rose could be Liverpool. Klopp has struggled to maintain faith in his left back, Alberto Moreno, and though he has appeared in twelve matches this season, Klopp will have to sure up his defence to balance the attack.

I believe that Rose will make a move to Manchester United, but in the summer. Luke Shaw would be a good replacement for Tottenham, if Pochettino believes the player has matured. Personally though, I would like to see Shaw stay at Utd, with him appearing in a few matches recently, showing he still has plenty to offer.

With uncertainty remaining on David Luiz’s future, could he make a move across London to rivals Arsenal? 6/1 (Skybet) suggest it is unlikely but we have seen stranger things in football.

Sevilla and former Blackburn and Stoke midfielder, Steven N’Zonzi, has been linked with a move to Arsenal also. He is 5/6 (Skybet) to make a move to North London this transfer window.