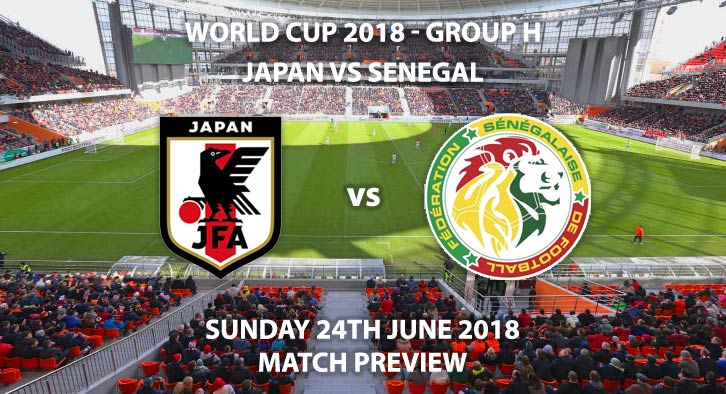 Japan vs Senegal – Japan and Senegal face off in Group H, with both sides tied on three points after opening day victories.

Japan became the first ever Asian side to beat a South American team at the World Cup after they beat Colombia 2-1. They were largely helped by Carlos Sanchez’s red card after three minutes. Still, with the score at 1-1, they found an extra gear and grabbed themselves a decisive goal. They owed much of their good play to striker Yuya Osako, deputising for the injured Leicester City forward Shinji Okazaki. The forward grabbed a goal and an assist whilst also producing a goal-saving block with the score at 2-1. Japan were tipped to finish bottom of Group H but have already upset the apple cart.

Senegal were also underdogs when they faced Poland but came out worthy winners. Their 2-1 lead has given them a crucial advantage after just one matchday. If they can avoid defeat in this match their future will be in their own hands, which they would have taken before the tournament started. Whilst Senegal provide a great deal of pace and athleticism within their side, they also have a great deal of technical ability. Young winger Ismalia Sarr, in particular, impressed down the right-hand-side. The Rennes midfielder scored seven goals this season in his debut season, at the age of just 20. Sadio Mane is their main man in front of goal, operating in a more central role for his country, behind former Watford striker Mbaye Niang.

Gianluca Rocchi is the referee for this match. The Italian pleas his trade in Serie A, where he has averaged 5.25 cards across 16 matches this season. Therefore, I would opt for a maximum of 40+ booking points.

With both these sides enjoying fantastic results, it will be interesting to see if they can emulate those performances. Both sides deserved their wins, although I’m unsure if Japan would have prevailed against a full-strength Colombia side. I think Senegal will have too much for them and will win the game; a result would all but secure their spot in the last 16 of the World Cup.