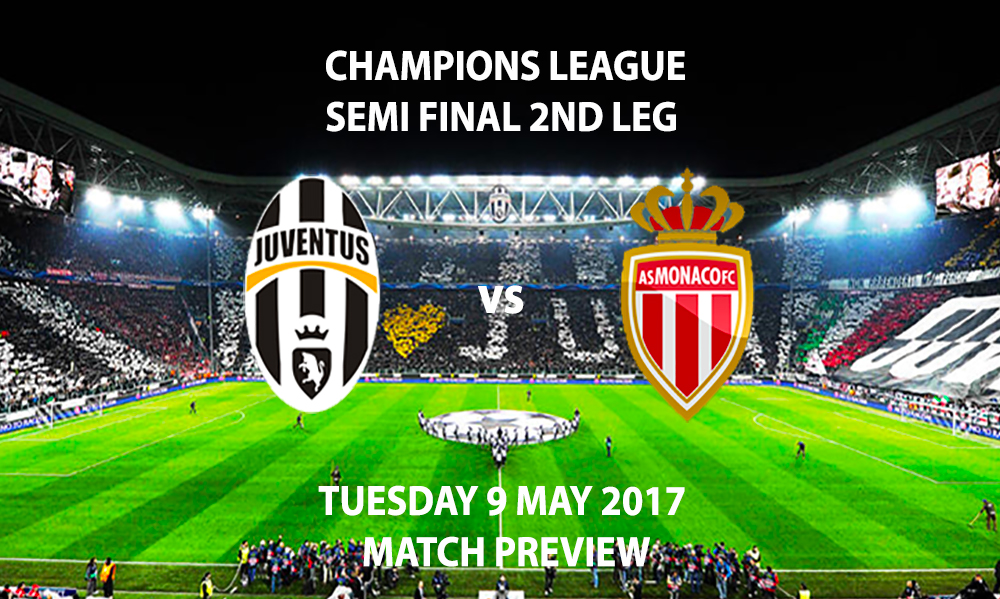 Juventus come into this 2nd leg in Turin with a 2-0 lead and 2 away goals which could prove crucial come the end of the semi final. Juventus manager Massimiliano Allegri rested players last weekend as The Old Lady drew 1-1 to Torino ahead of the clash with Monaco, which indicates that Allegri will not underestimate the Red and Whites.

Monaco will have to be at their attacking best in order to overturn the 2 goal deficit and they will look to the likes of Radamel Falcao and highly rated youngster Kylian Mbappe Lottin to provide the goals in Turin.

Juventus have midfielder Sami Khedira returning to the squad after being suspended for the 1st leg. Claudio Marchisio and Miralem Pjanic will also be vying for a midfield spot. Paulo Dybala is expected back into the team after coming off with cramp in the 1-1 draw with Torino.

Monaco could still be without left back Benjamin Mendy who missed the 1st leg and the weekend win over Nancy. Falcao and Mbappe are expected to lead the line once again with Bakayoko in the midfield.

Gonzalo Higuain has been in great form for the Italian side, scoring twice in the first leg and coming off the bench to score a last minute equaliser on the weekend. The Argentine forward has 32 goals in all competitons from 49 appearances with 5 goals coming in the Champions League. A goal from the forward would surely seal a place in the Champions League Final in Cardiff. 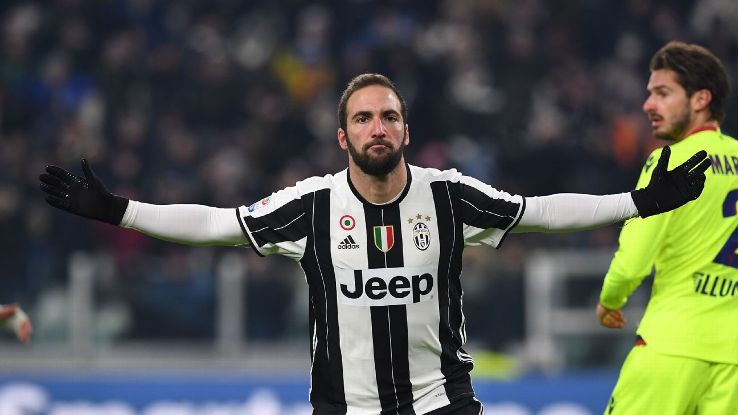 Higuain will look to add to his 2 away goals against Monaco Photo Credit: espnfc.com

Kylian Mbappe Lottin has scored 5 goals in 8 Champions League appearances this season, only failing to hit the net in the 1st leg after scoring 5 from 6 starting appearances. Mbappe will have to be at his absolute best in order to breach the Juventus defence. 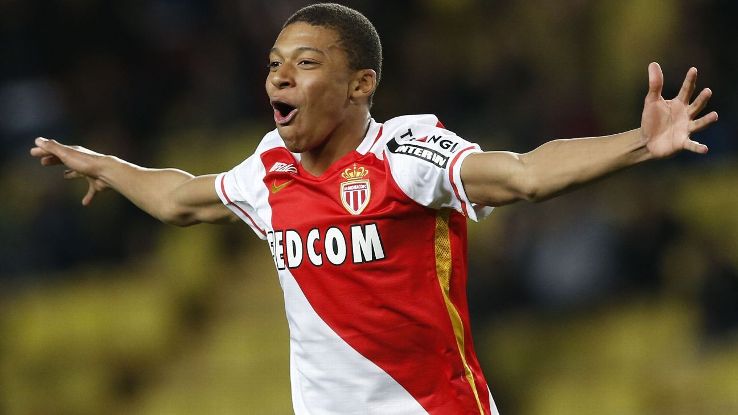 Kylian Mbappe Lottin will need to be in top form against The Old Lady Photo Credit: espnfc.com

Juventus are unbeaten in the competition this season, winning 8 and drawing 3 games, a record shared with semi finalists Real Madrid. The Old Lady are also unbeaten in their last 18 Champions League home games and have not conceded a goal for 621 minutes, with 6 consecutive clean sheets.

Forward’s Radamel Falcao and Kylian Mbappe Lottin  have netted 10 of the past 16 goals Monaco have scored in the competiton. But Monaco have only won 2 from 11 away Champions League Knockout stages, unable to keep a clean sheet in those games. Leonardo Jardim’s side will need to head into the match tonight with no fear and as they have nothing to lose, are expected to be on the front foot from the start.