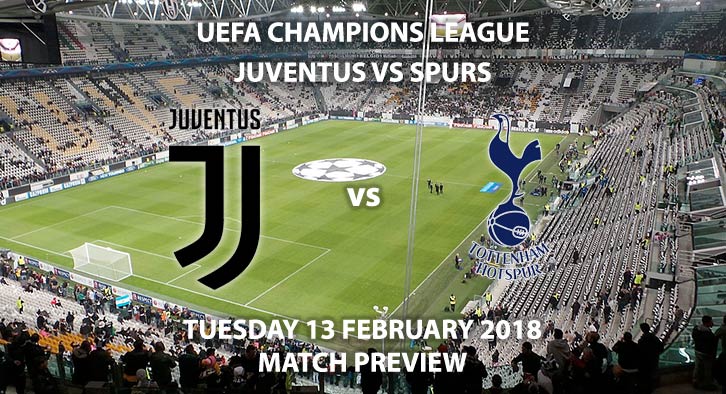 The last-16 has already began to pit the elite European sides against one another, Spurs won all but one game in Group H – containing double reigning Champions League Winners Real Madrid and German giants Borussia Dortmund – while The Old Lady gained qualification by coming 2nd in Group D behind Barcelona.

There is no question that Mauricio Pochettino is building a fantastic team at Spurs, but the dark cloud of ‘no trophies’ forever lingers ominously over the North-London side and their Argentinian manager.

86 points and finishing 2nd in the league last year signified huge progress but to really stamp a mark on Europe Spurs need either a trophy (the FA Cup is the most realistic opportunity to do so) or a run deep into the Champions League against the very best teams around – which this season seems to be the case so far.

A first-ever competitive meeting with Juventus is arguably the most difficult draw Spurs could have faced, Massimiliano Allegri’s side have made two of the last three Champions League finals and have won the Italian league on no less than the last six occasions.

And whilst a wonderful Napoli side have taken the league by storm this season, Juventus are still just one point behind – on a current unbeaten streak of 11 matches, winning the last eight and remarkably only conceding one goal in their last 16 fixtures.

Spurs have been in brilliant form themselves, riding the crest of a wave after thrashing both Manchester United and North-London rivals Arsenal and earning a dramatic point at Anfield couple of weeks.

All of this perfectly tees up a night of delightful football in Turin between not only two of the best sides in the continent, playing some of the most attractive football, but also under two of the most promising managers in the game right now. What a prospect.

This clash sees two of Europe’s best defences go head to head. Renowned for their defensive prowess, Juventus have an incredible record this season, keeping clean sheets in 14 of their 23 league fixtures so far (a league-leading total). Spurs have earned 11 shutouts in the Premier League – only behind Chelsea and both Manchester clubs.

As both sides also have imperious attack forces, a clean sheet for either team would be hard-earned but at their best both are more than capable of restricting the opposition. Harry Kane and Gonzalo Higuain, in particular, are constant threats to defences.

Felix Brych will be in charge of the game, the German referee has been one of the Bundesliga’s most active referees this season, giving out an average of 3.6 cards per game – including two red cards in the ten games he has officiated.

However, if league matches are anything to go by then Brych will be not made to work too hard, the 32 yellow cards Spurs have accumulated is lowest in the Premier League whilst also picking up two reds so have only amassed 14.2 average booking points per match. Juventus rank 17th in Seria A for average booking points per game with 16.7 with 36 yellows and one red card.

The sensible option for corners would steer towards Spurs, Pochettino’s side have received 170 this year (2nd only to Manchester City in the Premier League) whilst Juventus have surprisingly only received 112, ranking them as low down as 11th in Seria A.

Juventus vs Tottenham Hotspur will be televised in the UK on BT Sport from 7:45 PM GMT.