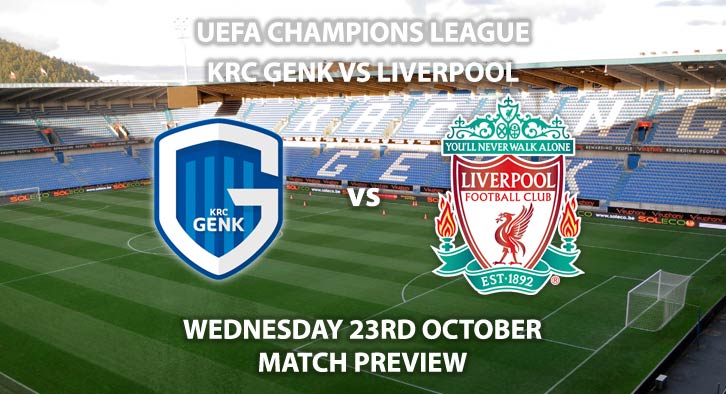 Defending Champions of Europe Liverpool travel to Belgium on Tuesday to face Gent on Matchday three of the UEFA Champions League.

Jurgen Klopp’s side got points on the board at the second time of asking in Group E following their   4-3 victory over Red Bull Salzburg; a game in which the Austrian side showed tremendous character to come from 3-0 and level at 3-3. Mohamed Salah’s strike in the closing stages secured all three points for the Reds, but they were given one hell of a scare.

Genk are the only side in the group yet to register a win but will take a lot of encouragement from Liverpool’s recent European away form, especially in the Group stages. Jurgen Klopp’s side lost each of their three away group matches last year and opened the defence of their European crown this campaign with defeat away to Napoli.

The hosts currently sit 6th in the Belgian Pro league following their 1-0 defeat away to second placed Standard Liege on Saturday. Felice Mazzu’s side have endured an inconsistent beginning in the league this season, winning five, losing four and drawing the other. Despite their mixed bag of results in the league, Genk are unbeaten at home, and drew their home group match with Napoli 0-0. SkyBet are offering odds of a home win at 8/1.

If Liverpool are to clinch back-to back wins in the group stage, it looks like they will have to do so with a much changed back four on Wednesday night. Both Joel Matip and Trent Alexander-Arnold have not travelled with the squad to Belgium, which indicates potential recalls for Joe Gomez and Dejan Lovren. Gomez started Liverpool’s previous group match alongside Virgil Van Dijk and following both Alexander-Arnold and Matip’s absence will be hoping for another start on Wednesday. However, there was a place in Liverpool’s travelling squad for Mohamed Salah, who missed Sunday’s 1-1 with Manchester United following an ankle injury picked up against Leicester prior to the International break.

Wednesday nights encounter between these two sides is the first time they have met in any European Cup competition.

The referee for Wednesday nights encounter is Slavko Vincic from Slovenia. The 39-year old has taken charge of thirteen matches so far this season, accumulating a total of fifty yellow cards in the process. This considered, I would recommend a minimum of 20+ yellow cards for this fixture.

This match will be broadcast live on BT Sport 2 with kick off scheduled to take place at 20:00 BST.